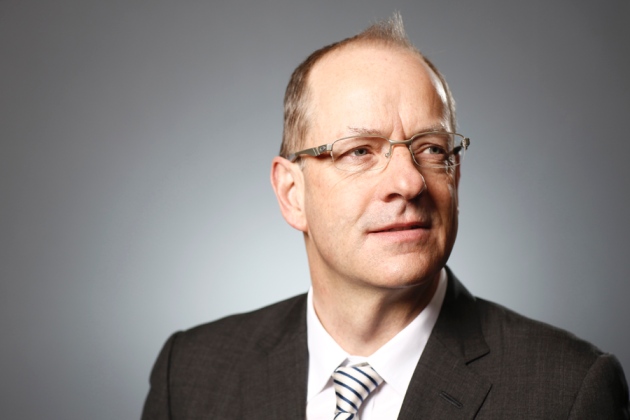 Andrew Witty, who will retire as chief executive officer of GlaxoSmithKline in 2017.

Public-health experts have applauded drug giant GlaxoSmithKline (GSK) for unveiling new patent policies that could make it easier for people in the world’s poorest countries to access drugs. But they say that other companies will need to follow suit if patients are to see significant improvements in access to medicines — particularly for much-needed cancer drugs.

After GSK's announcement last week, media attention focused on the London-based company's plan to stop filing for patents in 50 least developed and low-income countries (LDCs and LICs), such as Afghanistan and Zambia. That should make it easier for other manufacturers to supply generic versions of GSK’s drugs in those countries without fear of litigation, but other pharmaceutical firms — including Merck KGaA and Roche — had previously announced similar moves.

The announcement, made by GSK chief executive Andrew Witty, also revealed that for a further 35 lower-middle-income countries in which GSK will continue to file for patents, the company will grant licences to generics manufacturers who will then be able to make copycat drugs for domestic use and export. This, too, could encourage generics manufacturers to invest in providing cheaper medicines.

Witty also said that the firm would consider submitting patents on future cancer drugs it develops to the United Nations-backed Medicines Patent Pool (MPP) — a particularly exciting possibility, say public-health experts. The MPP negotiates large-scale licensing agreements between drug developers and multiple generics manufacturers — enabling greater access to medicines for a larger group of up to 127 developing countries. But it has so far focused on HIV/AIDS drugs; companies had previously resisted calls to work with generics manufacturers to open up their cancer-drug cabinets to patients in the developing world.

“Any one of these things would have been a big deal by itself. When you put them all together, it’s quite a strong statement,” says James Love, director of the non-profit Knowledge Ecology International in Washington DC. “But a lot more still needs to be done.”

For instance, although Africa might benefit particularly from the changes, around 75% of the world’s poor people live in ‘middle income' countries that will not gain as much from the new measures. Poor people in countries such as China, India and Brazil won’t benefit at all.

GSK's announcement "goes part of the way, but it is not nearly far enough,” says Brook Baker, a legal expert at Northeastern University in Boston, Massachusetts.

Industry has been improving its track record in enabling access to its drugs in developing countries — particularly when it comes to treatments for infectious and neglected tropical diseases. Several companies have signed licensing agreements with the MPP, allowing the non-profit organization to broker deals that have made cheap HIV drugs for millions of patients; last year, it expanded its mandate to include hepatitis C drugs.

But the WHO estimates that cancer kills more than 5.3 million people in developing countries each year, making it deadlier than HIV/AIDS, tuberculosis and malaria combined. With GSK's suggestion that future patents on cancer drugs might be licensed via the MPP, “Witty is clearly signalling that this is the way he thinks industry should go,” says Ellen 't Hoen, director of medicines law and policy at the University Medical Center Groningen in the Netherlands. “It will be particularly important that other companies that have important cancer products join this move,” she adds — but this may be a harder sell.

Moreover, GSK sold all of its approved cancer drugs to Novartis last year, so it is only discussing opening up access to experimental cancer drugs that are years away from the market. “They are getting a lot of good publicity for what may be a fairly illusory benefit,” cautions Baker.

But Jayasree Iyer, executive director of the Access to Medicine Foundation, a non-profit organization in Haarlem, the Netherlands, which tracks pharmaceutical firms' efforts to improve access to medicine in developing countries, believes the move will prompt other companies with bigger cancer portfolios to open up. “GlaxoSmithKline gets a ‘well done’,” says Iyer, whose team is in the process of compiling a biennial report on the industry’s efforts to open up access to medicines in the developing world. GSK has topped the ranking for the past four reports.

Any progress on cancer drugs would bode well for improving access to expensive drugs for other noncommunicable diseases, such as anti-inflammatories for autoimmune conditions, Iyer says.

When Nature asked Novartis for comment on whether it, too, might place cancer drugs into the patent pool, the company highlighted its alternative approach to increasing access to drugs. Last year, it launched a programme to enable access to 15 medicines for several non-communicable diseases (including breast cancer), for US$1 per treatment per month. The programme has started distributing drugs in Kenya and Ethiopia, a spokesperson says, and plans to implement the programme in about 30 low- and lower-middle-income countries.

Ultimately, people in poor countries will also need better access to screening programmes and medical centres if they are ever going to benefit from eventual increased access to drugs, adds 't Hoen. “Governments need to step up their activity,” she says.