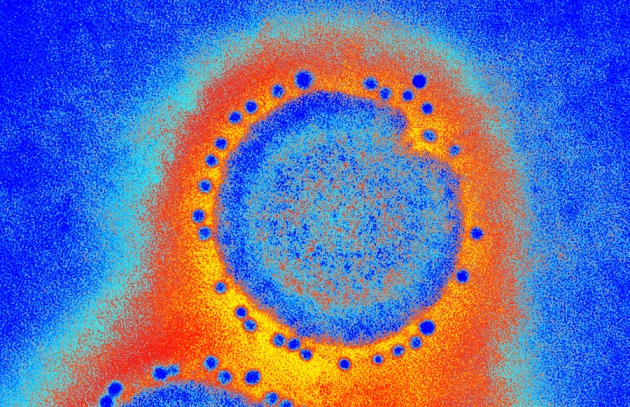 The H7N9 influenza virus is used in the type of research that has been suspended by the White House.

US researchers are worried that a temporary government ban on 'gain-of-function' experiments that boost the infectious properties of dangerous viruses may also cover less-extreme forms of the work that are crucial to protecting public health. At a public meeting of the National Science Advisory Board for Biosecurity (NSABB) in Bethesda, Maryland, on 22 October, researchers complained that development of seasonal influenza vaccines and antiviral drugs might be hampered by the move.

Some also made the case for continuing controversial gain-of-function experiments similar to the ones published in 2012 by Yoshihiro Kawaoka of the University of Wisconsin–Madison, whose team modified avian flu viruses to be transmissible in ferrets1. Such experiments demonstrate in principle how a bird virus could start spreading among humans.

The moratorium, announced on 17 October by the White House Office of Science and Technology Policy, suspends new grants for gain-of-function research involving flu, Middle East respiratory syndrome (MERS) and severe acute respiratory syndrome (SARS). The government is also asking currently funded researchers to stop their work voluntarily while the NSABB and the National Research Council (NRC) formulate recommendations on how to weigh the scientific and public-health benefits of such work against the risk that a modified virus might escape the lab. The process is expected to take about a year.

But Amy Patterson, director of the Office of Science Policy at the US National Institutes of Health (NIH), says that researchers on contract with the NIH might be affected before grant recipients, and several scientists say that they have received orders to stop work from the NIH this week. Patterson estimates that between 20 and 24 NIH-funded projects are directly affected.

Although most researchers welcome discussion about the risks and benefits of gain-of-function research, some question the need to pause ongoing experiments. “There’s a misconception that a moratorium is like shutting down a factory and starting it up again,” says immunologist Arturo Casadevall of Albert Einstein College of Medicine in New York City, who calls the temporary ban a “blunt instrument” for achieving the ultimate goal of improved safety.

Even some of those who call for stricter regulations on gain-of-function research say the situation is less than ideal. “The moratorium was only necessary because funding started before we’d done a risk–benefit analysis,” says Marc Lipsitch, an epidemiologist at Harvard University School of Public Health in Boston. The NSABB announced on 22 October that it will contract with a risk-analysis company to assess ways to measure the perils of gain-of-function research objectively.

Many researchers say that they are confused about how the government’s orders apply to them, and what the long-term effects will be. Those who say that the NIH ordered them to stop work include Stacey Schultz-Cherry, an infectious-disease specialist at St. Jude Children’s Research Hospital in Memphis, Tennessee, who works with the World Health Organization (WHO) collaborating centres for influenza. She showed the NSABB committee a complex slide of the type of flu-strain data that the WHO uses to choose the yearly flu vaccine. Some gain-of-function research is necessary to determine not only how transmissible strains are, but also how they might mutate to evade whatever vaccine the WHO chooses.

Schultz-Cherry says that her lab, which is contracted by the NIH, has just received an order to stop work, even though the ban does not cover research on naturally occurring viruses. “They don’t want the ban to impact seasonal flu, but there’s no doubt that it does,” she says. “What it has just stopped are vaccine-escape studies. It absolutely will trickle down to public health.”

The government’s order contains an exemption for work that is deemed urgent for public health or national security, as determined by the head of the US funding agency (in this case, NIH director Francis Collins). Patterson says that the NIH will work to ensure that this exemption is being applied correctly and consistently across government agencies, and a White House official said that the government would be following up with this particular project. But Schultz-Cherry says that even a short disruption could be harmful to the flu-surveillance process.

Bill Sheridan, senior vice-president of BioCryst Pharmaceuticals in Durham, North Carolina, echoes Schultz-Cherry's concerns, saying that private companies’ research on antiviral drugs and vaccines will also grind to a halt if some gain-of-function research is not allowed to proceed, because drug development is financially risky. And microbiologist John Steel of Emory University in Atlanta, Georgia, who says that he has just received a stop-work order from the NIH for his influenza research, worries about the long-term impacts. “Given the current funding situation, an inability to secure new grants over a period of one to two years could potentially end my academic career,” he says, adding that a year of basic research on the viruses will also be lost.

Samuel Stanley, president of Stony Brook University in New York and chair of the NSABB, says he was surprised and concerned to hear that surveillance work in particular was affected by the moratorium. He says that the NSABB will draft a letter to convey its concerns to the White House to fix the problem, and he hopes that a solution will be found quickly. “An exemption is only as good as the speed with which it’s executed,” he says.

Researchers defending gain-of-function work challenged Andrew Hebbeler, assistant director for biological and chemical threats at the White House Office of Science and Technology Policy, on whether the government had considered the public-health impact of the moratorium and the research, surveillance and drug development that would be lost. He said that such considerations had been weighed against the risks highlighted earlier this year by incidents at the US Centers for Disease Control and Prevention in which dangerous pathogens were handled improperly. “We all recognize that the pause comes at a cost,” Hebbeler said at the NSABB meeting. “Our hope is that the pause will provide robust deliberation.”

Correction: This article has been changed to indicate that Marc Lipsitch did not intend to criticize the moratorium in describing it as less than ideal.