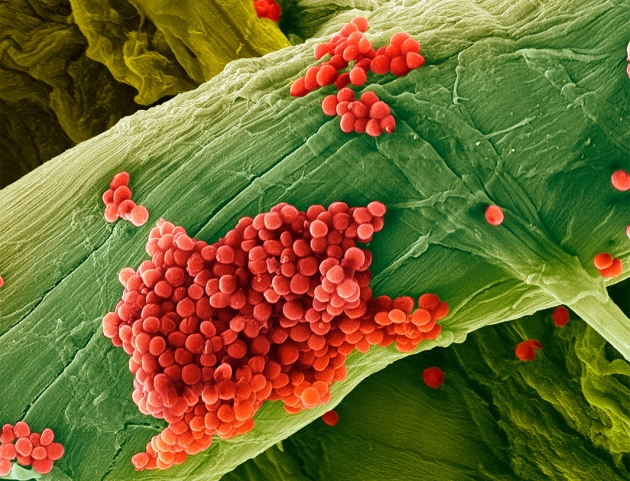 Vaccines against Streptococcus pneumoniae have slashed the number of drug-resistant infections, as well as cutting cases of disease.

The battle against drug-resistant superbugs has neglected a key weapon, scientists say: using vaccines to quell the spread of resistance.

As drug-resistant infections sweep across the globe, public-health organizations have focused mainly on developing new antimicrobial treatments and cutting the overuse of existing ones, to prevent resistant strains emerging.

But not enough attention has been paid to vaccines as a defence strategy, say microbiologists and vaccine-developers from academic institutes and drug companies around the world. They attended a meeting at the Wavre, Belgium-based campus of drug firm GSK on 6–7 July, to discuss the issue with representatives from funding agencies and regulatory authorities.

“Vaccines should be part of the general strategy to combat antimicrobial resistance (AMR),” says Rino Rappuoli, chief scientist in GSK’s vaccines division, who organized the gathering.

Some global health funders already seem convinced by the argument: Anita Zaidi, a programme director at the Bill & Melinda Gates Foundation in Seattle, Washington, told the meeting that the charity has just decided to make vaccines its main AMR strategy. It is looking for guidance on priorities, she said.

Drug firms have invested huge amounts in the hunt for new antibiotics, so far with dismal results, notes Helen Steel, a vice-president for infectious-diseases research at GSK. Steel told the meeting that she had looked at 200 separate programmes from several firms, which all aimed to find new drugs by scouring chemical libraries; not one produced a new antibiotic.

While the search for new antibiotics continues, several studies have highlighted that vaccines also have benefits against AMR. By reducing cases of disease, they slow the rise of drug-resistant pathogens, because the microbes have fewer opportunities to multiply and evolve.

Researchers cite, for example, the introduction of vaccines against the most prevalent strains of pneumococcus bacteria (Streptococcus pneumoniae) in the 2000s — which studies in the United States have shown cut instances of pneumonia while simultaneously slashing the number of infections resistant to front-line antibiotics such as penicillin1. The same benefit was seen in South Africa when the country introduced a pneumococcal vaccine in 2009, says James Wassil, vice-president for vaccines at New York City-based drug company Pfizer.

Even vaccines against viral diseases, such as influenza, can help to prevent overuse of antibiotics. Many antibiotics are prescribed to treat opportunistic bacterial infections that occur in people weakened by flu — and a flu vaccine can lessen the chances of these infections occurring. Nicolas Van de Velde, the director of global health economics at GSK, told the meeting about an unpublished 2011–14 trial of one of his firm’s influenza vaccines in Europe, in which children who were vaccinated but caught flu anyway had such mild cases that use of antibiotics against other infections was halved.

As well as advocating the wider roll-out of existing vaccines against flu and pneumonia, scientists are keen to develop new vaccines against other infections. Vaccines have an advantage over antimicrobials in that they rarely generate resistance, says David Livermore, a microbiologist at the University of East Anglia in Norwich, UK. That’s because antibiotics are administered after an infection has started, when there is already a dense population of microbes from which new resistant strains can evolve. Vaccines, by contrast, prevent infections from arising in the first place.

Still, researchers say, more evidence of vaccines’ action against AMR is needed if authorities are to be persuaded to roll them out more widely for that purpose. At the GSK meeting, drug firms pledged to draw together and publish all their data on the subject, and to generate new data monitoring the circulation of resistant bacterial strains.

One way to start may be to check whether existing vaccines have unexpected benefits against resistant infections. A study published in The Lancet on 10 July2 reported that a mass-vaccination campaign in New Zealand in the mid-2000s after a meningitis B outbreak seemed also to protect against gonorrhoea, a sexually transmitted infection that is increasingly becoming resistant to antibiotics. This may be because the bacteria that cause meningitis and gonorrhoea are related.

Vaccines are expensive to develop. But by demonstrating how effective they are at fighting antimicrobial resistance — as well as protecting against infections — drug firms hope to encourage governments and health organizations to provide better incentives for new products, for example by guaranteeing a market for them, says David Salisbury, a former chair of the World Health Organization’s strategic advisory group of experts on vaccines. “We need to make a stronger, more evidence-based case for more vaccines,” he says.