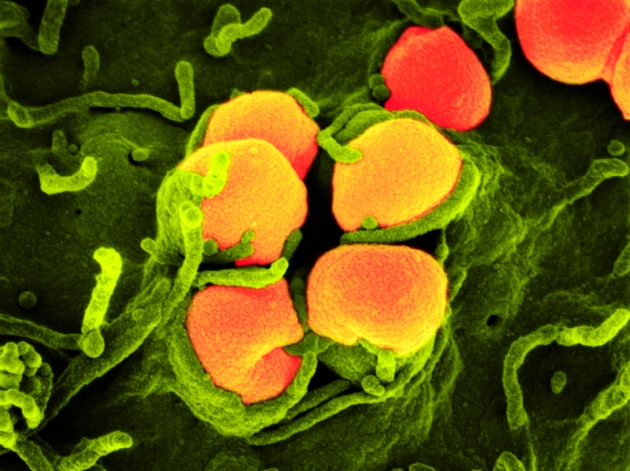 Lack of new antibiotics to treat gonorrhoea is due in part to a shortage of funding from investors.

Gonorrhoea is becoming as incurable as it was in the 1920s, before the first drugs to treat it were discovered. More than 60% of countries surveyed around the world have reported cases that resist last-resort antibiotics, according to an announcement by the World Health Organization (WHO) on 6 July. The announcement included information about a new gonorrhoea drug in development.

Since the 1930s, several classes of antibiotics have been used to kill the bacterium that causes gonorrhoea, Neisseria gonorrhoeae. Widespread use — and misuse — of these drugs, however, has led to a rise of antibiotic-resistant strains of the bacteria. “The best time to have had gonorrhoea was the eighties, since there were many drugs to treat it with,” says Ramanan Laxminarayan, director of the Center for Disease Dynamics, Economics and Policy in Washington DC. Increasingly, that's no longer the case, he says.

Health agencies in the United States, Europe and Canada have in recent years flagged drug-resistant gonorrhoea as an emerging threat. If left untreated, gonorrhoea can increase a woman’s risk of developing HIV infection, infertility or ectopic pregnancy — among other effects. When the WHO partnered with the Drugs for Neglected Diseases initiative (DNDi), a non-governmental organization in Geneva, Switzerland, in May 2016 to confront antimicrobial resistance, gonorrhoea was at the top of the list.

According to a paper to be published in PLoS Medicine1 on 7 July, there is robust resistance to three common types of antibiotics prescribed for gonorrhoea. Of the countries surveyed around the world, 97% reported cases that were resistant to ciprofloxacin, the cheapest and most widely available treatment; 81% reported gonorrhoea cases resistant to azithromycin; and 66% to cephalosporins.

In a quest for new treatments, DNDi “looked for drugs that had stalled in the pipeline because of a lack of commercial viability”, says Manica Balasegaram, head of the antimicrobial partnership. Policymakers are realizing that antibiotics ought to be used sparingly, and that’s not great for a drugmaker’s bottom line, he says.

The group had previously noted how slowly zoliflodacin — the first drug in a new class of antibiotics — was progressing through the approval pipeline. Entasis Therapeutics, a biotech company in Waltham, Massachusetts, that owns the drug, depended on public funding from the US National Institutes of Health to conduct a phase II trial of zoliflodacin in 2015. Although trial results showed that most patients treated with the drug were cured of gonorrhoea, Balasegaram says that a lack of investment stopped the drug from progressing further.

Now, the DNDi and Entasis have announced that they will launch a phase III trial of zoliflodacin involving about 650 individuals in South Africa, the United States and Thailand, among other countries. The team expects to start in November 2018. If the drug is approved by regulators, Entasis will permit generic manufacturers to sell the drug in most low- and middle-income nations. Entasis will retain exclusivity to the treatment in high-income countries. And the DNDi says that it will fund public-health studies to find the best means of ensuring that the drugs are not overused.

However, studies alone do not satisfy Laxminarayan. He would like the groups to roll out the new antibiotic alongside a test to make sure that people get the treatment only if they have gonorrhoea that’s resistant to existing alternatives. DNDi says they've been looking for a simple diagnostic tool like this, but haven't yet found one.

“Yes, we need a new drug,” Laxminarayan says, “but without a rapid diagnostic test, this drug will meet the same fate as the others.”