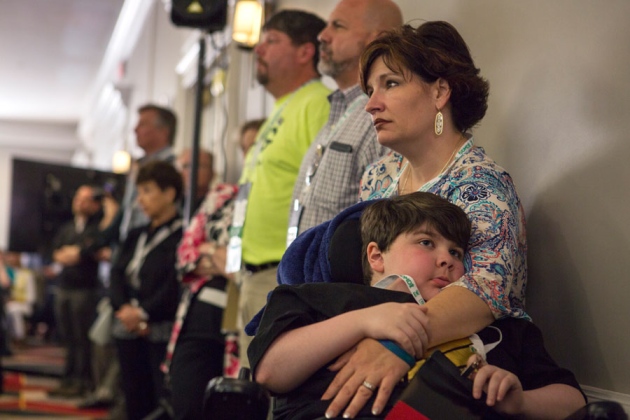 The US Food and Drug Administration (FDA) has approved its first drug to treat Duchenne muscular dystrophy, largely on the basis of data from a trial in only 12 boys.

The agency announced the decision on 19 September, after more than a year of consideration and controversy as the FDA struggled to balance tremendous patient need against the paucity of clinical data. The approval comes with a requirement that the drug, eteplirsen, now be tested in a larger clinical trial.

Patient advocates cheered the decision. Many had campaigned vigorously for access to eteplirsen, which is made by Sarepta Therapeutics of Cambridge, Massachusetts. “We’ve been waiting for this for a long, long time,” says Debra Miller, president and co-founder of CureDuchenne, a charity based in Newport Beach, California. “This just gives so much hope to the families.”

Yet some at the FDA worried that the paucity of clinical data would foster false hope. The approval of the eteplirsen new drug application (NDA) sparked an unusual battle that reached FDA’s top brass — and a wider debate about how much data are needed to greenlight drugs to treat rare diseases, and how much influence patient advocates should have in approval decisions.

“The approval of this NDA in its present form would have far reaching negative consequences for the public health,” wrote Ellis Unger, a director in the FDA’s Center for Drug Evaluation and Research, in an appeal against the decision. ”The precedent set here could lead to the approval of drugs for rare diseases without substantial evidence of effectiveness.”

Duchenne muscular dystrophy is caused by mutations in the dystrophin protein that protects muscle cells from the stress of repeated contraction and relaxation. Sarepta chief executive Edward Kaye likens dystrophin to a shock absorber: “If you don’t have it, the cells just gradually degenerate and die,” he says.

The result is a cruel, sex-linked disease that affects about 1 in every 3,600 boys. Muscle weakness typically develops in these children before age five. Most people with the disease die of respiratory failure before or in their thirties.

Sarepta’s drug attempts to delay this decline in people with mutations in a region of the dystrophin gene called exon 51 — about 13% of those with Duchenne muscular dystrophy. The mutations in that region often halt production of dystrophin protein prematurely. Eteplirsen binds to the initial messenger RNA made from the dystrophin gene and masks exon 51 so that it is not read by the cell’s protein-producing machinery. The machinery skips exon 51 and continues with the rest of the protein, resulting in a product that is shorter than normal, but more functional, than the original mutated form.

Sarepta has tested the drug in about 150 people so far, says Kaye. But the key trial that the FDA used to evaluate the drug enrolled only 12. The trial was designed so that patients in the control group also did not remain on a placebo for the full length of the trial, but switched to eteplirsen after 24 weeks. “Nobody wanted to be on a placebo,” says Kaye, a particular problem when the population of eligible patients is already so small.

In April, a meeting of FDA advisers heard scientific presentations — including a highly critical review by FDA analysts — as well as passionate testimony from patients with Duchenne muscular dystrophy and their advocates. The advisers voted that there was not sufficient evidence to show that eteplirsen is an effective treatment.

Back to the drawing board

The FDA then asked Sarepta to provide more data about the degree to which dystrophin expression was restored in clinical-trial participants. With that data in hand, the agency granted the drug accelerated approval, on the condition that Sarepta conduct another trial to confirm that the drug works to slow the disease.

But Unger’s appeal shows that the disagreements continued to burn within the FDA after the extra data was received. Unger argued that dystrophin expression increased by more than 1% in just 1 of the 12 patients, and that it was unclear whether the drug produced any clinical benefits.

Janet Woodcock, director of the Center for Drug Evaluation and Research, felt the drug should be approved. She urged the agency to be as flexible as it could while staying within its remit, given the lack of available treatments and the fact that Duchenne muscular dystrophy is a fatal disease that afflicts children. The dispute was settled by FDA commissioner Robert Califf, who sided with Woodcock but acknowledged the difficulty of the agency’s decision.

Eteplirsen will be the first drug approved in the United States that targets the cause of Duchenne muscular dystrophy. Another drug, called ataluren, is available in some European countries but was rejected by the FDA in February.

Sarepta has already been working on improvements on eteplirsen, says Kaye, including a form of the drug that better penetrates muscle cells and could yield higher dystrophin concentrations. In the meantime, the FDA’s requirement for another clinical trial is reasonable, says Fawn Leigh, director of the pediatric neuromuscular service at Massachusetts General Hospital in Boston, Massachusetts, who has been an investigator on trials of eteplirsen. “We had a hard time even just enrolling the 12 boys, they are so far and few,” she says. “But everybody is motivated now. We’re going to try to follow through.”