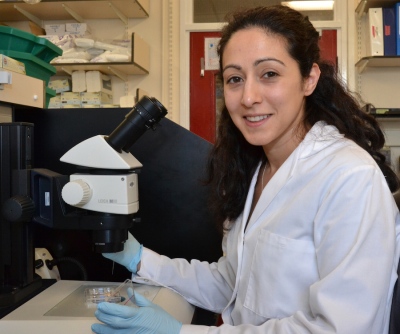 Scientists in London have been granted permission to edit the genomes of human embryos for research, UK fertility regulators announced. The 1 February approval by the UK Human Fertilisation and Embryology Authority (HFEA) represents the world's first endorsement of such research by a national regulatory authority.

"It’s an important first. The HFEA has been a very thoughtful, deliberative body that has provided rational oversight of sensitive research areas, and this establishes a strong precedent for allowing this type of research to go forward," says George Daley, a stem-cell biologist at Boston Children's Hospital in Massachusetts.

The HFEA has approved an application by developmental biologist Kathy Niakan, at the Francis Crick Institute in London, to use the genome-editing technique CRISPR–Cas9 in healthy human embryos. Niakan’s team is interested in early development, and it plans to alter genes that are active in the first few days after fertilization. The researchers will stop the experiments after seven days, after which the embryos will be destroyed.

The genetic modifications could help researchers to develop treatments for infertility, but will not themselves form the basis of a therapy.

Robin Lovell-Badge, a developmental biologist at the Crick institute, says that the HFEA’s decision will embolden other researchers who hope to edit the genomes of human embryos. He has heard from other UK scientists who are interested in pursuing embryo-editing research, he says, and expects that more applications will follow. In other countries, he says, the decision “will give scientists confidence to either apply to their national regulatory bodies, if they have them, or just to go ahead anyway”.

Niakan’s team has already been granted a licence by the HFEA to conduct research using healthy human embryos that are donated by patients who had undergone in vitro fertilization (IVF) at fertility clinics. But in September last year, the team announced that it had applied to conduct genome editing on these embryos — five months after researchers in China reported that they had used CRISPR–Cas9 to edit the genomes of non-viable human embryos, which sparked a debate about how or whether to draw the line on gene editing in human embryos.

At a press briefing last month, Niakan said that her team could begin experiments within “months” of the HFEA approving the application. Its first experiment will involve blocking the activity of a ‘master regulator’ gene called OCT4, also known as POU5F1, which is active in cells that go on to form the fetus. (Other cells in the embryo go on to form the placenta.) Her team plans to end its test-tube experiments within a week of fertilization, when the fertilized egg has reached the blastocyst stage of development and contains up to 256 cells.

“I am delighted that the HFEA has approved Dr Niakan’s application,” said Crick director Paul Nurse in a statement. “Dr Niakan’s proposed research is important for understanding how a healthy human embryo develops and will enhance our understanding of IVF success rates, by looking at the very earliest stage of human development.”

A local research ethics board (which is similar to an institutional review board in the United States) will now need to approve the research that Niakan’s team has planned. When approving Niakan's application, the HFEA said that no experiments could begin until such ethics approval was granted.

Sarah Chan, a bioethicist at the University of Edinburgh, UK, says that the decision will reverberate well beyond the United Kingdom. “I think this will be a good example to countries who are considering their approach to regulating this technology. We can have a well-regulated system that is able to make that distinction between research and reproduction,” she says.

It remains illegal to alter the genomes of embryos used to conceive a child in the United Kingdom, but researchers say that the decision to allow embryo-editing research could inform the debate over deploying gene-editing in embryos for therapeutic uses in the clinic.

“This step in the UK will stimulate debate on legal regulation of germline gene editing in clinical settings,” says Tetsuya Ishii, a bioethicist at Hokkaido University in Sapporo, Japan, who notes that some countries do not explicitly prohibit reproductive applications.

“This type of research should prove valuable for understanding the many complex issues around germline editing," adds Daley. "Even though this work isn’t explicitly aiming toward the clinic, it may teach us the potential risks of considering clinical application.”

(1 February, 13:40 GMT): Updated to include comment from Lovell-Badge, Daley, Chan and Ishii.