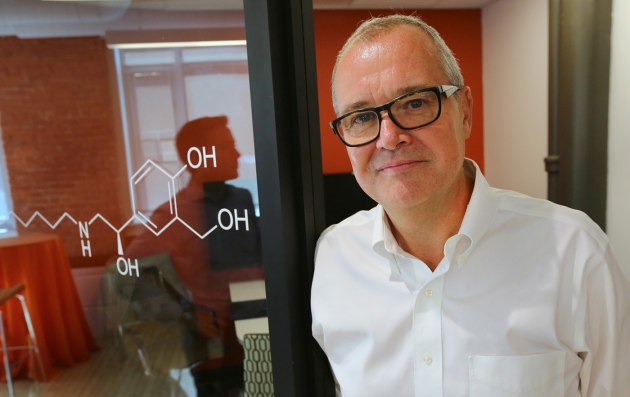 Patrick Vallance, president of research and development at the pharmaceutical giant GlaxoSmithKline, has been appointed as chief scientific adviser, the UK government announced on 8 November.

Vallance, a clinical pharmacologist who previously led the medical division at University College London, will replace Mark Walport in April 2018. Walport has left the government to become head of a powerful new funding body called UK Research and Innovation.

As chief scientific adviser, Vallance will advise the prime minister and her cabinet, the government’s most senior decision-making body. He will also lead the Government Office for Science, which promotes the use of scientific evidence in policymaking across government.

A major part of his role will be to ensure that high-quality advice is available across government departments as they deal with the legal and regulatory consequences of the UK’s decision to leave the European Union, says Graeme Reid, a science-policy researcher at University College London. The United Kingdom needs to manage the impact of Brexit on the regulation of the nuclear industry and the UK’s role in fusion research, as well as on environment policy and other science-related issues. “Patrick Vallance’s experience in both business and universities will be of huge value,” says Reid.

Brexit is likely to boost the day-to-day importance of chief scientific advisor's role, but Vallance will also have to reinvent other, more informal aspects of the position, says Kieron Flanagan, a science-policy researcher at the Alliance Manchester Business School. The creation of UK Research and Innovation, intended to increase the power of UK research-funding bodies, means Walport will continue to wield great influence over science in government. The chief scientific adviser has traditionally been the voice of science in government, Flanagan says.

The relationship between Vallance and Walport will be an interesting dynamic to watch, says James Wilsdon, a research-policy specialist based at the University of Sheffield, UK. He says he hopes that Vallance will act as a bridge between the science community and policymakers, and will be open to a wide range of people and perspectives. The network of chief scientific advisers is not yet operating at full strength, he says, “so re-energising the collegiality and connectivity of that network though Whitehall is a really important thing”.

Vallance will be the third successive chief scientific adviser to come from the biomedical sciences. He follows Walport, who is a former director of the Wellcome Trust, and John Beddington, a population biologist now at the Oxford Martin School and the University of Oxford, UK.

In a separate announcement, GlaxoSmithKline announced that it had appointed Hal Barron, current president of research and development at Alphabet-funded California Life Sciences, to replace Vallance.