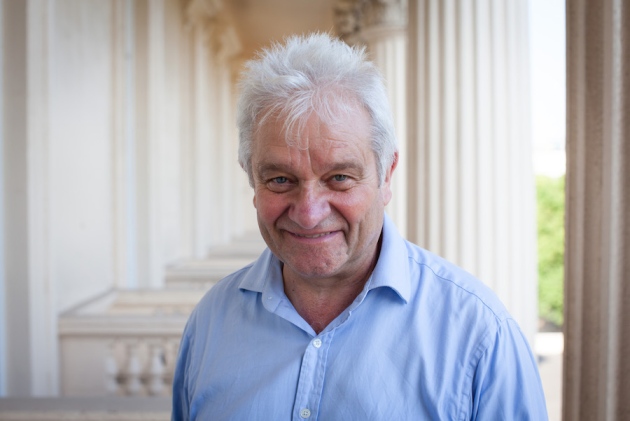 Paul Nurse, a Nobel-prizewinning geneticist and the president of Royal Society in London, led a review into the UK funding agencies.

A tensely awaited report into the future of the United Kingdom's major research-funding agencies has not recommended a merger — an outcome that some scientists had feared. But its proposals, if implemented, would still shake up the UK funding landscape.

The review suggests the creation of a powerful umbrella organization called Research UK to manage the agencies — with an experienced researcher at its head, who would become one of the United Kingdom’s most influential scientists.

There was widespread speculation that Nobel-prizewinning geneticist Paul Nurse, who led the review, might recommend a wholesale merger for the agencies, a group of research councils that collectively distributes some £3 billion (US$4.6 billion) of government research funding each year to separate disciplines (see 'The UK research councils').

But Nurse’s review, released on 19 November, has stopped short of that idea. Although the agencies already have an umbrella group — Research Councils UK — Nurse wants the new Research UK to have more power. Its head would in effect be the boss of the heads of the seven discipline-based councils.

“It’s going to be a very major post,” says Nurse. He adds that such a body is needed to provide strong management, to remove bureaucracy and to facilitate discussions with government about redistributing the balance of funding among the seven agencies. He has also proposed combining some of the money allocated to the existing agencies into a new fund that would support interdisciplinary research, although he did not suggest an amount.

The ‘Nurse review’ — as it has come to be known — was conducted at a tricky time, says James Wilsdon, a science-policy specialist at the University of Sussex in Brighton, UK.

Earlier this month, the government proposed abolishing another body — the Higher Education Funding Council for England — which distributes £1.6 billion of government money directly to universities, among other functions. (Nurse suggests that distributing this money could fall to Research UK.)

Researchers are awaiting a huge review of government spending, to be announced next week, which some fear could see science budgets fall, in line with a government pledge to cut public spending. Because the government also wants to cut the number of public bodies, a merger of the nation’s funding agencies was not out of the question — but Nurse has avoided one.

“He’s tried to tread a careful line of merging but not merging. Perhaps that was the most deft line that could be trod,” says Wilsdon.

But he adds that if the new interdisciplinary fund draws from existing budgets, that will reduce the amount of money available for research spending.

“To my mind, it’s effectively a recommendation for a merger in all but name — and not just administratively but strategically, to be led by a powerful senior scientist figure,” says Kieron Flanagan, a science-policy researcher at the Alliance Manchester Business School, UK.

Flanagan says that researchers who would be concerned about a full-blown merger — those not doing large, well-funded projects and those in the social sciences and humanities — should be equally concerned about Nurse's recommendations.

For his part, however, Nurse hopes that most researchers will not notice any difference under the new set up. “I hope they wouldn’t on the whole,” he says, “because the research councils are working as they are, except maybe there can be certain improvements.”

Nurse also recommends that the research councils form closer links to both business and to government, and suggests the formation of a new committee of government ministers to coordinate thinking on science. “If we don’t get closer to government, we’ll see the budget for science just drivel away. They are our political masters; they are elected by society — we have to engage them,” he says.