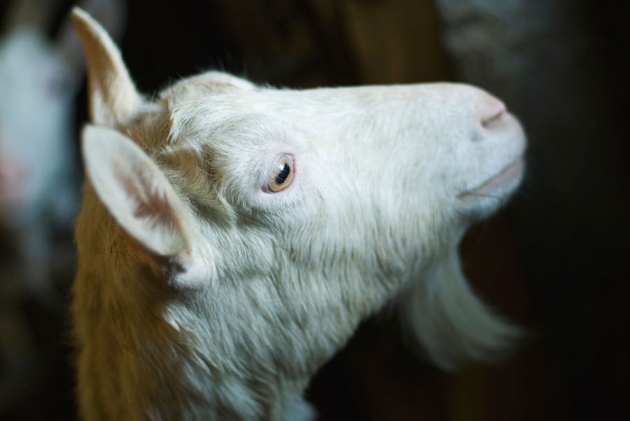 In July 2015, the major antibody provider Santa Cruz Biotechnology owned 2,471 rabbits and 3,202 goats. Now the animals have vanished, according to the US Department of Agriculture (USDA).

The company, which is headquartered in Dallas, Texas, is one of the world’s largest providers of antibodies — extracting them from animals such as goats and rabbits by injecting the animals with proteins to stimulate antibody production. Biomedical researchers can then use these antibodies to detect and label the same protein in cell or tissue samples.

But Santa Cruz Biotech is also the subject of three animal-welfare complaints filed by the USDA after its inspectors found evidence that the firm mistreated goats at its facility in California.

Santa Cruz Biotech has contested the complaints, prompting a hearing in August before a USDA administrative law judge in Washington DC. Four days into the hearing, both parties asked to suspend the proceedings in order to negotiate a settlement. But those negotiations fell through in September.

The USDA hearing is set to resume on 5 April. If Santa Cruz Biotech is found to have violated the US Animal Welfare Act, it could be fined or lose its licence to keep animals for commercial use. The USDA says that the company could face a maximum fine of US$10,000 per violation for each day that a given violation persists. The agency has reported 31 alleged violations by the company.

In the meantime, the company seems to have done away with its entire animal inventory. When the USDA inspected the firm's California facility on 12 January, it found no animal-welfare violations, and listed “no animals present or none inspected”. USDA spokesman Ed Curlett says that no animals were present during the inspection.

The fate of the goats and rabbits is unclear. The company did not respond to questions about the matter, and David Schaefer, director of public relations for the law firm Covington & Burling in Washington DC, which is representing Santa Cruz Biotechnology, declined to comment on the animals’ fate.

As research animals, the goats and rabbits could not be sold for meat, although they could be sold to another business or research entity. Cathy Liss, president of the Animal Welfare Institute, an advocacy group in Washington DC, suspects that the animals were killed. She says that it is unlikely that such a large number of animals bred for such a specific purpose would find a buyer.

NIH to retire all research chimpanzees

David Favre, an expert in animal-welfare law at Michigan State University in East Lansing, argues that the disappearance of the animals should not sway the legal proceedings over whether the company violated the Animal Welfare Act, because the USDA complaints refer to past events. But he says that the court could still take this latest development into account.

Favre is also unhappy with the USDA’s decision to delay action on the complaints. The department’s “whole attitude is ‘we’ll give them time to fix it rather than impose punishment’,” Favre says. “There’s no excuse for a company that size not to be able to comply with the Animal Welfare Act.”

The USDA’s complaints about Santa Cruz Biotech’s operations detail alleged violations of the law since 2007 — among them accounts of goats with untreated coyote bites and massive tumours, and rabbits being housed in cruel conditions. A sick goat died in front of a USDA inspector during one 2012 inspection.

The company also angered the USDA by keeping 841 goats in an unreported facility, which concealed the animals and their living conditions from regulatory scrutiny until 2012. During the August 2015 USDA hearing, former Santa Cruz Biotech veterinarian Robin Parker testified that company president John Stephenson had decided not to tell the USDA inspectors about the second site. She said that she had been told that the regulators tended to “nitpick” the company's operations.

After leaving Santa Cruz Biotech in 2012, Parker notified the USDA about the unreported facility. When inspectors visited the site, they found animals housed in poor living conditions.

“So much of what was cited involves great animal suffering,” says Liss, whose advocacy group has campaigned for the USDA to take action against the company. “We are hoping that USDA holds out and if there is going to be a settlement, that it includes them permanently losing their licence as a dealer.”

Favre says that the USDA and Santa Cruz Biotech may have already reached some sort of agreement that requires the company to cease keeping animals for commercial use in advance of the 5 April court hearing; that could explain why the company no longer keeps goats or rabbits. But the USDA administrative-law court says that the company has not submitted any exhibits related to animal removal for the upcoming hearing, although its attorneys could petition to add more evidence before the hearing begins.

Were Santa Cruz Biotech to stop producing antibodies, there would still be hundreds of other providers supplying the materials to researchers, says David Rimm, a pathologist at Yale University in New Haven, Connecticut. “I think people might notice, but I don’t think it would impact science at all,” says Rimm.

The changing face of primate research

He speculates that the company may be moving towards making ‘recombinant’ antibodies. These are produced in cells cultured in the lab that are genetically engineered to make specific antibodies. Many companies have switched to this method instead of producing antibodies using animals, Rimm says.

Alice Ra’anan, director of government relations and science policy at the American Physiological Society in Bethesda, Maryland, hopes that the allegations against Santa Cruz Biotechnology will prompt a cultural change among those involved in animal research. The ideal outcome, she says, is “that people will give animal welfare the level of consideration it deserves”.

This story originally said the USDA report recorded that there were no animals on site at the Santa Cruz Biotechnology facility. In fact, the report states that there were “no animals present or none inspected”. The absence of animals was subsequently confirmed to Nature by the USDA. The text has been amended to make this clear.