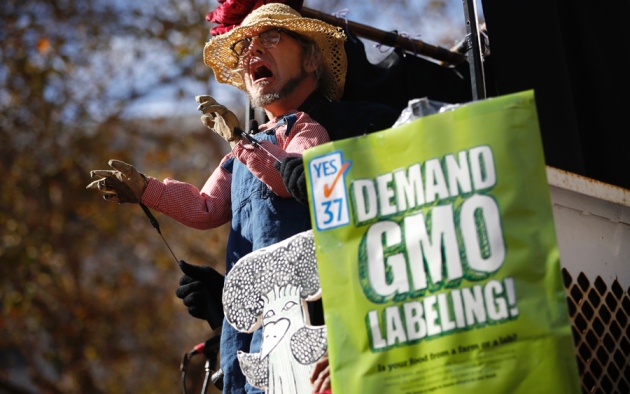 Scientists and the public differ in their perception of the safety of genetically modified foods.

Out of 2,002 US adults questioned in the survey, 79% say that science has made life easier for most people, and 71% of those polled say that government investments in basic scientific research usually pay off. But just 16% of 3,748 scientists surveyed and 29% of the public rank US education in science, technology, engineering and maths in elementary and high school as above average or as the best in the world. And 52% of scientists surveyed said that this is generally a good time for science, down from 76% in a similar survey conducted in 2009.

“This is a time of distress for the scientific community,” says Alan Leshner, chief executive of the American Association for the Advancement of Science (AAAS), which produced the survey with the Pew Research Center, a non-partisan think tank in Washington DC.

Leshner argues that these apparent gaps should spur further science-education efforts. “There has to be a set of ready receptors for what science is showing, or the benefits are diminished,” he says.

But Daniel Sarewitz, a geoscientist and co-director of the Consortium for Science, Policy and Outcomes at Arizona State University in Tempe, says that these putative differences in opinion might be driven by factors not examined by the survey — for instance, greater religious, economic and sociocultural homogeneity among scientists than among the general public. He questions the decision to lump scientists from different disciplines together in the poll.

“The very exercise itself is aimed, perhaps unintentionally, at perpetuating the lie that ‘science’ is one unified enterprise that can be meaningfully isolated from society, and that scientists’ views about issues outside of their specific domain of expertise are more imbued with objectivity and less clouded by bias or ignorance than the unwashed ‘public’,” Sarewitz says.

Dan Kahan, who teaches law and psychology at Yale Law School in New Haven, Connecticut, disagrees with the report’s interpretation that these differences in opinion are due to public distrust in science.

For instance, the report notes that in 2014, the proportion of American adults who said that US science achievements are “the best in the world” or “above average” dropped to 54%, down from 65% in 2009. But, says Kahan, that is not a meaningful difference. And the other indicators in the report speak of strong support among the public for US science — for instance, between roughly 60% and 80% of the public say that science has a mostly positive effect on health care, food and the environment.

“This report shows that Americans basically love science,” Kahan says. “Yet there is a kind of common wisdom out there that attributes public disputes over science to ‘distrust of scientists’. There’s no evidence for that.”

For example, he says, a 2009 Pew report found that a majority of people who held opposing views on how humans originated both said that scientists have contributed “a lot” to society, with 78% of believers in evolution and 63% of creationists having the same positive view of scientists. The report noted the same trend among those who did or did not believe that humans are causing climate warming, with 74% of believers and 64% of non-believers seeing scientists' contributions as positive.

Kahan says that people do trust science, but that they tend to selectively accept information that supports the views of particular cultural, religious and political groups on these issues — an idea known as cultural cognition theory. He disputes the ‘information deficit model’ — the idea that more education about scientific topics will change people’s views — arguing that more information will not change people’s minds as long as their membership in identity groups depends on them holding particular views.

“People have a big stake in protecting their membership to these defining groups,” Kahan says.

Barry Bozeman, a political scientist at Arizona State University in Phoenix, says that the opinions of the general public — such as the people surveyed in this study — increasingly matter less to policy-making than the opinions of people belonging to these identity groups, some of which are more organized and active in politics than are average citizens.

“I'm less interested in the differences between citizens' and scientists' opinions than in differences of opinion among highly diverse and differentially informed groups of citizens,” Bozeman says. “What these people think about, say, global warming or US scientific competitiveness matters greatly because, for better or worse, they have the attention of policy-makers.”