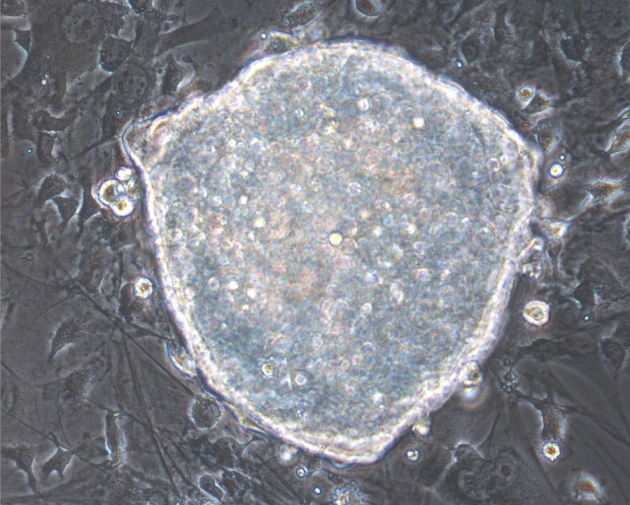 Researchers have reprogrammed adult mouse cells to behave like embryonic stem cells, without the need for a stay in a Petri dish.

The technique, published today in Nature1, allows researchers to reprogram cells in living mice without removing those cells from their natural environment. Initial tests suggest that these cells are able to take on a wider variety of identities than those generated by earlier methods.

The finding has the potential to accelerate efforts to develop regenerative therapies by avoiding the need to grow cells outside the body and then grafting them back in place, says George Daley, a stem-cell researcher at Boston Children’s Hospital in Massachusetts, who was not involved with the study.

“This work is really at the leading edge of an advancing wave of in vivo reprogramming,” he says. “We’ve been facing big challenges recreating the physiological milieu in Petri dishes and then getting those cells to functionally integrate into the body.”

Those challenges have led some to develop methods to directly convert one cell type into another — for example, converting adult pancreatic cells from a type that aids in digestion to a type that secretes insulin2 — without removing them from the body or reprogramming them back to an embryonic state. But some researchers, including Daley, say that such reprogramming may be the only way to create cells that can fully recapitulate specialized adult cell types.

To reprogram cells in living mice, a team led by Manuel Serrano, a cancer researcher at the Spanish National Cancer Research Centre in Madrid, began by genetically engineering mice to express four genes that are used in culture to create induced pluripotent stem (iPS) cells — adult cells reprogrammed into an embryonic-like state. The genes were under the control of a chemical switch; to flip it, researchers fed the mice doxycycline, a type of antibiotic.

Expressing the genes at high levels quickly killed the mice, but when the team dialled down the doxycycline dosage, Serrano and his team found that the mice were riddled with teratomas — disorganized tumours containing multiple cell types. Such tumours are indicative of cellular reprogramming. The researchers also found iPS cells in the blood of the transgenic mice.

Further analysis of those iPS cells showed that, compared to in vitro iPS cells, their gene expression more closely resembled that observed in embryos at an early stage of development called the morula. The in vivo cells were also capable of forming a type of placental cell that no other engineered stem cell has been able to form, and embryo-like structures in the abdominal cavities of some mice. That suggests remarkable regenerative capacity, says Daley: “It’s like they’ve found a homunculus within every cell.”

Serrano says that he and his team are looking for an intermediate stage in which the cells could be coaxed to take on new identities without producing tumours.

Researchers also need to show that the reprogrammed cells are capable of regenerating specific cell types in a controlled way. Serrano’s team is working to find out which cells may be most amenable to the technique, and he has hopes of regenerating heart and insulin-producing pancreatic cells using the method. “We have demonstrated reprogramming,” says Serrano. “Now we have to show regeneration.”