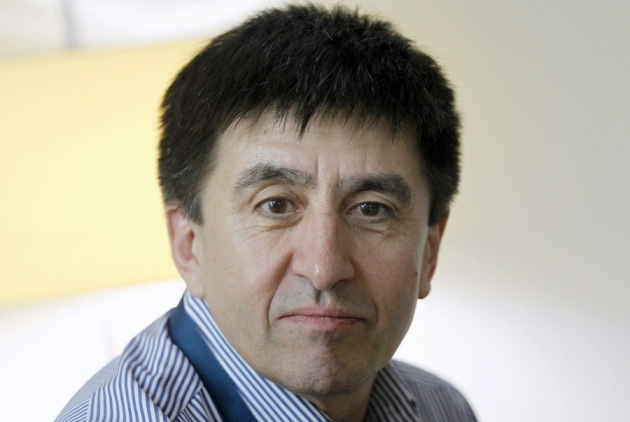 The US-based scientist who first cloned human embryonic stem cells is taking steps to apply his reproductive technology in China to escape burdensome regulations and get funding. The result is a joint venture that brings stem-cell star Shoukhrat Mitalipov of Oregon Health and Science University in Portland together with disgraced cloner turned dog-clone entrepreneur, Woo Suk Hwang, although Mitalipov says that the pair will not collaborate on research.

The agreement, signed in Jeju, South Korea, on 13 January, is to explore the possible benefits of Mitalipov's company working together with a Chinese company and a company run by Hwang. The signatories were Mitalipov, as a representative of Mitogenome Therapeutics in the US; Boyalife, a stem-cell-banking company established in Wuxi, China, in 2009; and H-Bion, an arm of Hwang’s animal-cloning factory, Sooam Biotech Research Foundation in Seoul.

“Boyalife is a big company, and China would be a big market,” says Mitalipov. He adds that he is baffled by reports that he and Hwang would be collaborating on academic research.

Hwang rose to fame for publishing two articles in which he claimed to have created cloned human embryos and used the cells to establish embryonic stem cell lines, but both papers were found to be based on fabricated and manipulated data and were subsequently retracted. Hwang was also found guilty of breaking Korean bioethics laws, and has since been denied permission to do work involving human cloning; his main business now is dog cloning.

Mitalipov says that his own interest is in moving his mitochondrial-replacement research to the clinic. Mitochondria are energy-producing structures in cells that get passed to offspring in a mother's egg. Flaws in the DNA inside these structures can also get passed to offspring, and can cause disease. Using cloning techniques, Mitalipov has worked on replacing defective mitochondria in eggs before fertilization; he showed in 2009 that the technique worked in monkeys, and in 2012 that it worked in humans. The eggs can be used in in vitro fertilization to produce offspring.

Last week, the UK parliament voted to lift a ban on using such techniques in humans, but it is leading the way. In October 2012, Mitalipov predicted that a healthy baby would be born using his technique within three years, but that now looks unlikely to happen, at least in the United States, because he has been unsuccessful in making headway there owing to regulatory concerns.

Without a clear and rapid regulatory pathway, Mitalipov says, he is unable to get the investment that he needs to pursue clinical work. The US National Institutes of Health has shown no interest in funding his work, he says, and he is growing impatient. “I’m not just interested in publishing beautiful papers. I want to translate to have an impact on health,” he says. “Fertility and mitochondrial disease are a big clinical opportunity. I don’t want to stay in monkeys and mice, I want to move to the clinic.”

He hopes that things might go faster in China, because Boyalife has already shown interest in developing non-human primate models for mitochondrial disease and a willingness to assist in pursuing regulatory approval, he says. However, he is still open to collaborations elsewhere, including in the United Kingdom.

He cautions that there has been only cursory discussion of the possibility of Boyalife investing in his work as part of the joint venture and what each side might contribute. That is in contrast to recent news reports, which said that Boyalife had committed US$93 million to the venture. “I was very surprised to see all those zeroes,” says Mitalipov. “We’ve only had one small meeting.”

According to Mitalipov, Hwang and Boyalife will build on a previous collaboration in animal husbandry, for agriculture and farm animals. If the talks progress, Mitalipov will work with Boyalife on non-human-primate modelling and clinical translation. He does not know how, if at all, the two efforts will fit together.

Hwang has always itched to get back to human work. He still claims that he did create human cloned embryonic stem cells — despite rigorous studies to the contrary1 — and he has been granted a patent for the technology in the United States and Canada. However, he did not respond to queries about what he would have to offer to preclinical or clinical work in collaboration with Mitalipov.