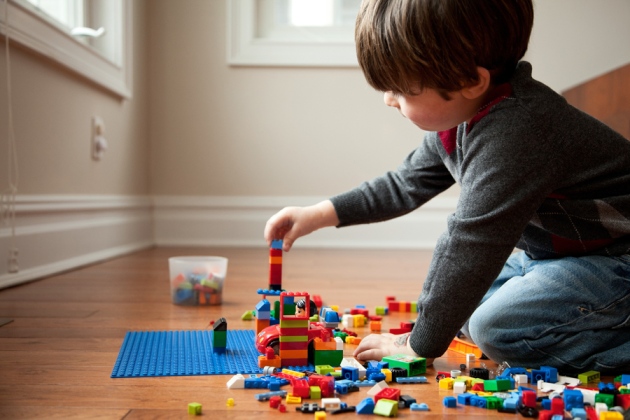 A new study finds that children's cognitive skills are linked to family income.

The stress of growing up poor can hurt a child’s brain development starting before birth, research suggests — and even very small differences in income can have major effects on the brain.

Researchers have long suspected that children’s behaviour and cognitive abilities are linked to their socioeconomic status, particularly for those who are very poor. The reasons have never been clear, although stressful home environments, poor nutrition, exposure to industrial chemicals such as lead and lack of access to good education are often cited as possible factors.

In the largest study of its kind, published on 30 March in Nature Neuroscience1, a team led by neuroscientists Kimberly Noble from Columbia University in New York City and Elizabeth Sowell from Children's Hospital Los Angeles, California, looked into the biological underpinnings of these effects. They imaged the brains of 1,099 children, adolescents and young adults in several US cities. Because people with lower incomes in the United States are more likely to be from minority ethnic groups, the team mapped each child’s genetic ancestry and then adjusted the calculations so that the effects of poverty would not be skewed by the small differences in brain structure between ethnic groups.

The brains of children from the lowest income bracket — less than US$25,000 — had up to 6% less surface area than did those of children from families making more than US$150,000, the researchers found. In children from the poorest families, income disparities of a few thousand dollars were associated with major differences in brain structure, particularly in areas associated with language and decision-making skills. Children's scores on tests measuring cognitive skills, such as reading and memory ability, also declined with parental income.

Martha Farah, a cognitive neuroscientist at the University of Pennsylvania in Philadelphia, calls the research “unbelievably cool”. Having such a large sample of children allowed the researchers to show the great impact of poverty on developing brains, she says, although the study cannot measure how individual brains change over time.

The findings are in line with unpublished research conducted by Farah and her colleagues that scanned the brains of 44 African American girls, each approximately a month old, from various socioeconomic groups in Philadelphia.

Even at this early age, the researchers found, infants in the lower socioeconomic brackets had smaller brains than their wealthier counterparts. The scientists presented their research on 19 March at the Society for Research in Child Development meeting in Philadelphia.

Jamie Hanson, a psychologist at Duke University in Durham, North Carolina, says that both papers underscore the impact of adversity on child development. “These early life circumstances make it tougher for many children and it's on many of us in society to make sure that children have equal possibilities,” he says. While he praises the cross-sectional studies, he adds that it is important to follow children over time in order to see how individual brains are affected by socioeconomic status.

Farah and her colleagues plan to continue to observe these infants for two years and watch how their brain's surface area change over time. They also plan to visit the infants’ homes in the hopes of pinpointing factors that might contribute to the differences, such as how many stimulating toys they have and how much attention they get from their parents.

Neither study explains the cause of the cognitive differences. Although the authors of both studies admit that genetic factors could be involved, they suspect that environmental exposures such as stress and nutrition are more important and begin even before the babies are born.

"It does make us think the focus should be redirected at gestation and stresses like nutrition and exposure to toxins," says Hallam Hurt, a neonatologist at Children's Hospital of Philadelphia who led the infant research study.

Older children may be affected in different ways. For instance, poorer parents who work multiple jobs to make ends meet may have less time to spend with their children, and less money to buy toys to stimulate their children's minds as they grow, says Laura Betancourt, a paediatrician at the Children’s Hospital of Philadelphia who authored the infant study.

And Hanson suggests that epigenetics — modifications to DNA caused by environmental factors such as stress — could also be playing an important role, and can be passed down through generations.

Still, the researchers are hopeful that the impacts could be reversible through interventions such as providing better child care and nutrition. Research in humans and in other animals suggests that is the case: a study in Mexico, for instance, showed that supplementing poor families' income improved their children's cognitive and language skills within 18 months2.

“It’s important for the message not to be that if you're poor your brain is smaller and will be smaller forever,” Sowell says.