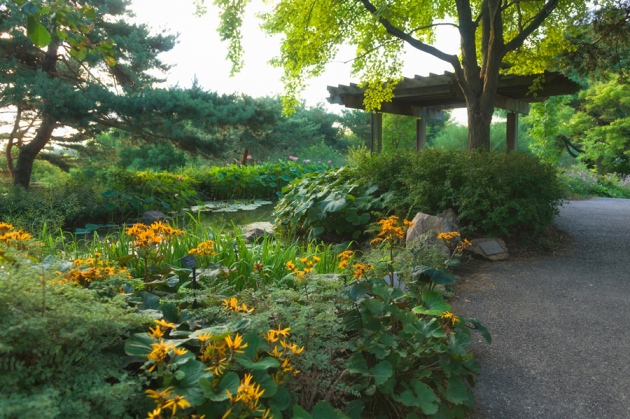 The notion of intentionally relocating plant species when climate change threatens their ability to survive in their natural habitats is steeped in controversy.

Critics claim that such ‘assisted migration’ could transform struggling species into destructive invaders, or inadvertently transmit disease, or that hybridization between species could occur that would lower the planet's overall genetic diversity. But without some form of assistance, many plants will face certain extinction as the planet warms.

With that in mind, researchers are proposing a heavily supervised form of assisted migration — using a network of more than 3,100 botanical gardens to 'chaperone' plant relocations.

“Our proposal makes this type of approach more responsible,” says Adam Smith, an ecologist at the Missouri Botanical Garden in St. Louis. Smith presented a preliminary version of the plan this week at the annual meeting of the Ecological Society of America in Minneapolis, Minnesota, and is working on a more detailed proposal with colleagues at Botanical Gardens Conservation International, headquartered in Richmond, UK.

The researchers recommend that endangered species collected in the wild should be relocated to botanical gardens in stages, moving between gardens following a dispersal path that would be considered an evolutionarily realistic response to climate change. They say that it would not make sense to transfer a species from mainland North America to an island, for example.

Botanical gardens already move species around, although not in a coordinated fashion that takes climate change into consideration. Managers at the gardens have the horticultural expertise to provide ongoing screening for invasiveness, Smith says. And moving species from garden to garden could prove simpler than shifting them from one wild place to another, a process that can be fraught with bureaucratic red tape.

“The fears of managed relocations are legitimate and justified, but the technical and logistical challenges — including access to source populations, captive breeding programmes and monitoring of field trials — have been under-appreciated,” says Jessica Hellmann, a conservation biologist at the University of Notre Dame in Indiana who leads a working group on assisted migration. “It’s intriguing to think that botanical gardens offer the infrastructure, already in place, to pull that off.”

Smith has begun to map the distribution of botanical gardens to determine the capacity for chaperoned assisted migration in different parts of the world. In the process, he has discovered that assisted migration will probably work better in some regions than others. The world’s botanical gardens are concentrated in eastern North America and eastern and central Europe, with sparse or non-existent coverage in some notable biodiversity hotspots, such as the Andes mountains, and large land areas, such as central Canada.

Smith has also attempted to understand how botanical gardens around the world will shift into different climate zones as the planet warms, examining how growing-degree days — a measure of heat in a given place — will change over time. His calculations, based on the worst-case scenario for warming produced by the Intergovernmental Panel on Climate Change, show that the climate regime for the Chicago Botanic Garden in Illinois in 2075 will resemble today’s conditions at the Missouri Botanical Garden.

The number of gardens that can accommodate relocating species will decrease as warming progress and cold climates shift poleward.

“I think this is a formidable idea, but it will be hard and it still won’t be enough to stave off extinctions,” says Hellmann.

Still, with few other options for preserving rare and threatened species in the face of global warming, Smith and his colleagues are forging ahead with their plans. They aim to release a more detailed proposal in October at the 5th Global Botanic Gardens Congress in Dunedin, New Zealand, that is likely to include a list of candidate species. They also hope to start a pilot project soon to test the feasibility and cost of chaperoning.