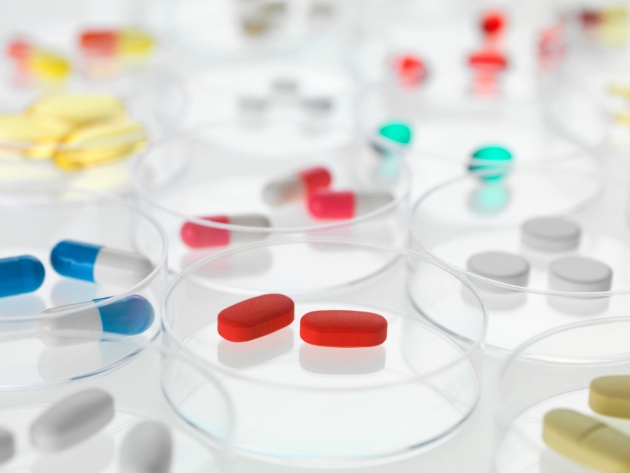 The US National Institutes of Health aims to help industry accelerate the development of new drugs.

Ten companies will pool data in an effort to identify promising drug targets for Alzheimer's disease, lupus and diabetes treatments.

Pharmaceutical companies spend billions of dollars each year developing drugs, but few drug candidates make it to market. The US National Institutes of Health (NIH) in Bethesda, Maryland, is trying to improve matters with a new programme that will see ten of the world's largest biopharmaceutical companies pool their resources to identify promising drug and diagnostic targets.

“We’re going to increase the odds of picking the right ones at the very beginning and avoid wasting time and money chasing duds,” NIH director Francis Collins said on 4 February at a press conference to announce the venture, called the Accelerating Medicines Partnership (AMP).

To create a level playing field, AMP participants — which will also include academic scientists and research foundations — will make all of the data and methods from early-stage trials freely available. Only then, on the basis of that information, will companies start developing proprietary drugs and bringing them to market. “After it’s published, the full competitive power of pharmaceutical industry can kick in,” said Collins.

The venture is starting small, focusing on a handful of complicated diseases for which no cure is available: Alzheimer's, systemic lupus erythematosus, rheumatoid arthritis and diabetes. Over the next five years, the NIH will contribute US$119 million to the initiative, with the ten pharmaceutical companies giving a combined $111 million. Another $1 million will come from patient-advocacy groups, which will also help to set research priorities for the project.

Participants in the Accelerating Medicines Partnership

Such a public–private collaboration is not a new idea. For instance, the Foundation for the National Institutes of Health — an independent non-profit organization — runs the Biomarkers Consortium, which partners industry with non-profit groups to discover biological markers of disease. And Europe's Innovative Medicines Initiative has been facilitating a similar government–industry partnership since 2008. “This is the way of the future,” says Margaret Anderson, executive director of the Washington DC-based think tank FasterCures. Her group has found that 51 such partnership efforts sprung up globally in 2012 alone.

But Philip Smith, a deputy director at the NIH National Institute of Diabetes and Digestive and Kidney Diseases (NIDDK) in Bethesda, says that AMP will be on a larger scale than previous efforts, and that it will be more closely managed. By design, the programme will be driven by milestones, he says, with the ability to switch gears if a drug or drug target is not working.

Maria Carrillo, vice-president of medical and scientific relations at the Alzheimer’s Association in Chicago, Illinois — one of the advocacy groups involved in the venture — is excited by the savings in time and money that combining forces could offer. Ongoing clinical trials run by one AMP participant could be used as a vehicle to test biomarkers or imaging techniques developed by other groups that have joined the programme, she says.

As part of AMP's diabetes work, Smith says that the NIDDK will build a website that will function as a “smart PubMed”, gathering all of the genetic and patient data from ongoing and completed trials. AMP will also provide clinical and academic researchers with access to the big companies’ computing power, databases and expertise. “They don’t want limited resources to be the problem,” says Smith. The NIH and the advocacy groups plan to put out a call for diabetes research proposals in the coming months.

It remains to be seen how the alliance, which has been years in the making, will function. Jan Lundberg, executive vice-president of science and technology at drug company Eli Lilly in Indianapolis, Indiana, says that bringing pharmaceutical companies together to launch AMP has been like herding lions. “You can do it if you have the right bait,” he says. “And then lions hunt in packs.”