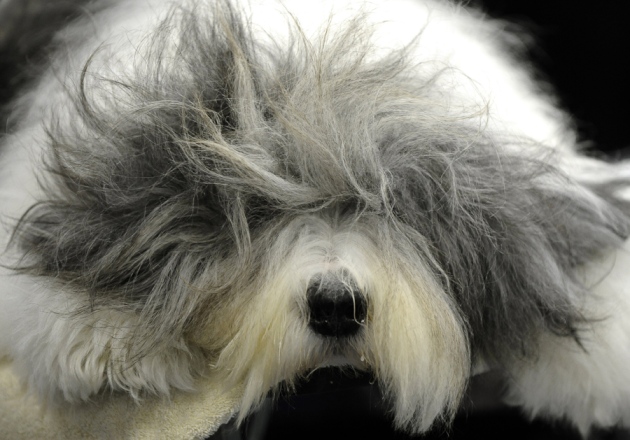 Yeast, worms and mice: all have lived longer when treated with various chemical compounds in laboratory tests. But many promising leads have failed when tried in humans. This week, researchers are proposing a different approach to animal testing of life-extending drugs: trials in pet dogs. Their target is rapamycin, which is used clinically as part of an anti-rejection drug cocktail after kidney transplants and which has also been shown to extend the lives of mice by 13% in females and 9% in males (D. E. Harrison et al. Nature 460, 392–395; 2009).

The compound’s effect on lifespan has not yet been tested in people — human trials are expensive and it takes a long time to learn whether a drug can extend a human life. Furthermore, rapamycin is no longer patentable, so pharmaceutical companies are unwilling to invest effort in it. The drug can also cause some serious side effects that might rule it out as a pharmaceutical fountain of youth. It has, for example, been linked to an increased risk of diabetes in people who have had kidney transplants (O. Johnston et al. J. Am. Soc. Nephrol. 19, 1411–1418; 2008). But at low doses, researchers suspect that the drug will not be a problem for healthy dogs.

“Any compound has side effects of some sort; the question is what kind of side effects one can live with,” says Randy Strong, a gerontologist at the Barshop Institute for Longevity and Aging Studies in San Antonio, Texas.

To answer that question, molecular biologists Matthew Kaeberlein and Daniel Promislow at the University of Washington in Seattle propose to give low doses of rapamycin to dogs in a study that would also test whether the drug can extend the animals’ lives. The pair invited experts in canine health and the biology of ageing to a meeting in Seattle on 28–29 October to discuss how to structure such a trial.

The researchers hope to test rapamycin in large dogs that typically live for eight to ten years; they would start giving the drug to animals aged six to nine. A pilot trial would involve about 30 dogs, half of which would receive the drug, and would allow the researchers to dose the dogs for a short time and observe effects on heart function and some other health measures. The trial could be completed in as little as three years, but researchers will know long before that — perhaps in months — whether rapamycin improves cardiac function or other aspects of health.

Rapamycin acts on a protein that is involved in cell growth, but little is known about how it extends life. It might retard the ageing process itself or it might prevent age-related diseases. One hypothesis is that it works primarily by preventing the development of cancers.

Pet dogs should provide a more realistic test than lab mice of how the drug would work in humans. Pets experience some of the same environmental influences and get some of the same age-related diseases as their masters, says Kaeberlein. (He plans to enrol his own German shepherd dog when it is old enough.)

Other researchers say that Kaeberlein and Promislow’s reasoning makes sense. “We’re talking about whether aged pets will benefit, and that’s a good model for a human population,” says physiological geneticist David Harrison of the Jackson Laboratory in Bar Harbor, Maine, who has studied rapamycin in mice.

Kaeberlein and Promislow have collected about US$200,000 in University of Washington institutional funds for the pilot. But they will need much more funding for a larger trial of several hundred dogs to test whether the drug, given over years, can extend lifespan — and to study the normal ageing process in thousands of animals to try and understand the mechanism of any life-extending effects.

Participants at the Seattle meeting are also considering whether pet owners could be asked to help fund a bigger trial and if so, whether researchers could promise donors that their dogs would be treated with rapamycin rather than a placebo without compromising the study. Usually, participants in a gold-standard clinical trial are randomly assigned to a treatment or control group.

“It’s a kind of unique situation because they are people’s pets,” says Kaeberlein. “We haven’t come to any decision on how that’s going to be handled.”