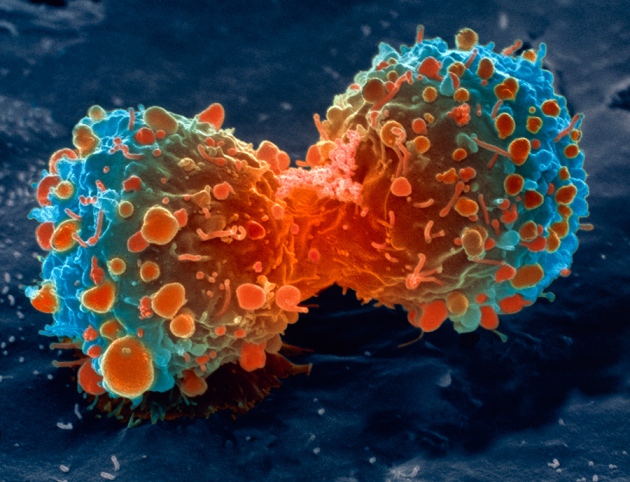 Lung cancer cells are cultured and challenged with an array of drugs in a proposed strategy to overcome treatment resistance.

Doctors may be able to overcome drug resistance in cancer by growing cells from a patient's own tumour and then blasting the cells with an array of compounds to see which ones work.

A study published on 13 November in Science1 heralds this ultra-personalized future of cancer therapy. International efforts to sequence cancer genomes have yielded a weighty catalogue of mutations that drive tumour growth and provide tantalizing drug targets. But attempts to develop therapies that hit those targets have been frustrating: many of these drugs initially shrink tumours, but the cancer often resurges. A seemingly miraculous cure can give way to heartbreak in only a matter of months, with tumours growing back as vigorously as before.

It is a problem that has long dogged cancer researcher and physician Jeffrey Engelman of the Massachusetts General Hospital in Boston. To learn more about how cancer becomes resistant to therapy, Engelman and his colleagues devised a way to culture lung cancer cells from patient samples and then test those cells against a battery of 76 different drugs.

The results yielded unexpected and promising drug combinations for treating resistant cancers, but the approach has not yet been used to guide patient treatment, notes Razelle Kurzrock, director of the Center for Personalized Cancer Therapy at the University of California in San Diego, who was not involved with the work.

“The potential for the assay is really there,” she says. “But does it work in the patient? That’s a more difficult reality.”

Cells grown in culture have long been a mainstay of cancer research. Although they do not perfectly mimic tumour growth in the body, they are amenable to studies requiring large numbers of samples, such as drug screening.

But patient biopsies are difficult to culture because they are often tiny, and yield few cancer cells to work with. Engelman’s team built on recent advances in cell-culture techniques to develop ways to coax these cells into growing in the laboratory. The team then used the technique to culture cells from 20 patients whose cancers had become resistant to therapy, and tested those cell lines for sensitivity to 76 cancer drugs, alone and in combinations.

For most of the cell lines, the researchers were able to find a cocktail that worked. The approach sometimes yielded unexpected results: for example, more than half of the cell samples that were resistant to therapies targeting a protein called ALK were felled by different drugs that inhibited another protein called SRC. “There were no genetic results that would have pointed to that combination,” says Engelman.

Others have proposed using mice to model human cancers, and several companies now offer the possibility of transplanting tumours from patients into mice to test treatments. But Engelman says that the cell-culture approach may be faster and more versatile for large drug screens.

Even so, many of the biopsies used in the study failed to yield enough cancer cells for culturing in the lab, and even those that did required up to six months before they were ready to be screened for drug sensitivity. “Our patients really need to know how to treat their cancers as soon as possible,” says Engelman, who is now working to reduce the culture time to a matter of weeks.

“We’re making good progress,” he adds. “I think we have a decent shot of getting there.”