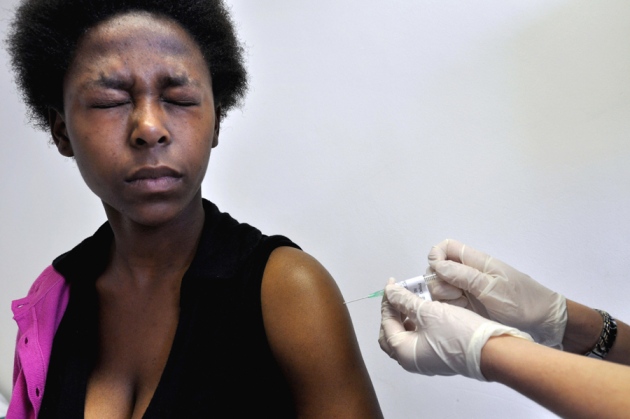 A volunteer in an HIV-vaccine trial in South Africa, subject to the Declaration of Helsinki’s ethical rules.

At 50 years old, the rule book that much of the world uses to regulate experiments on humans still stirs debate over what researchers owe to the people who volunteer their bodies to science.

This week, as politicians and ethicists gather to celebrate the anniversary of the World Medical Association’s Declaration of Helsinki, drug companies and medical researchers are still grumbling about a pair of revisions made last year. One addressed ethical quandaries raised by a growing trend for clinical trials conducted in the developing world; the other declared that pharmaceutical companies have a responsibility to keep providing medication to participants who benefit from it, even if the drug being tested never makes it to market.

The declaration is a set of principles that many countries draw on when drafting legislation to govern research on human subjects. Institutions often require that their researchers adhere to the declaration, and the World Association of Medical Editors, which includes representatives of 1,000 medical journals in 92 countries, requires studies that have not passed a formal ethics review to follow the declaration’s rules as a condition of publication.

“It’s very important,” says Badri Man Shrestha, a transplant surgeon who conducts clinical trials at the Sheffield Kidney Institute, UK. “We have to follow every bit of it.”

Originally adopted in June 1964, the declaration has remained relevant because it is an evolving document, revised every few years to accommodate trends in medical research. Those changes have also made it controversial; the United States stopped following the declaration in 2008, mainly owing to rules added in 2004 that limited the use of placebos.

Last year’s provision on maintaining the supply of a drug after the trial has ended vexes Mark Barnes, a lawyer at Ropes & Gray in Boston, Massachusetts. Known as paragraph 34, it states that trial sponsors, governments and researchers should develop plans before a trial begins, to spell out how they will continue therapy for those people who benefit from an experimental treatment. Barnes worries that this could oblige companies to continue making small quantities of a drug, sometimes at great expense, even if they have decided not to commercialize it. That could siphon off funds that would otherwise be used to develop marketable drugs for larger numbers of patients, he says. And for small companies, Barnes warns, it could spell bankruptcy. “The declaration cannot mean what it says,” he adds, “because what it says is absurd.”

But others consider post-trial access an ethical imperative. Gerald Batist, an oncologist at McGill University in Montreal, Canada, once treated a person with pancreatic cancer who responded unusually well to a candidate drug that had otherwise failed in trials. Although pharmaceutical company Bristol-Myers Squibb of New York City ceased develop­ment of the drug, Batist and his hospital compelled the firm to continue making it for about seven years. “Obviously that was a significant investment for the company,” he says. “But it’s a matter of principle.” Bristol-Myers Squibb declined to say how much the production run cost.

It was the removal of a provision from the declaration’s latest version that rankles Rafael Dal-Ré, a clinical researcher at the Autonomous University of Madrid. He wants to re­instate rules that require trial sponsors to provide “other appropriate care or benefits” — interpreted to include public goods such as schools or medical clinics for communities — when trial participants do not directly benefit from the medicine being tested. This provision, included in the 2008 revision of the declaration, meant that the communities in which trials were conducted, not just the individual research participants, could reap some benefit from their involvement.

The clause, says Dal-Ré, was established in part to compensate for a growing problem: wealthy pharmaceutical companies are increasingly testing drugs in communities where people are generally unable to afford the finished product. In response to the revision, trial sponsors began to build more clinics, schools and clean-water projects in developing countries, he says. But last year, the World Medical Association deleted the provision.

Jeff Blackmer, an executive director of the Canadian Medical Association’s ethics office, served on the committee that made the change. He says that the deletion was a response to African physicians who protested that some community leaders were pressuring locals to enrol in clinical trials in order to secure the facilities that came along with them.

Paul Ndebele, director of the Medical Research Council of Zimbabwe in Harare, says that students once contacted him to say that their local leaders were pushing them to enrol in a study. But Ndebele says that the way to surmount that problem is to educate community members, not to remove incentives for helping local residents. “Some of our communities are in pure poverty,” he says. “Those communities also need to reap some benefit from these studies.”