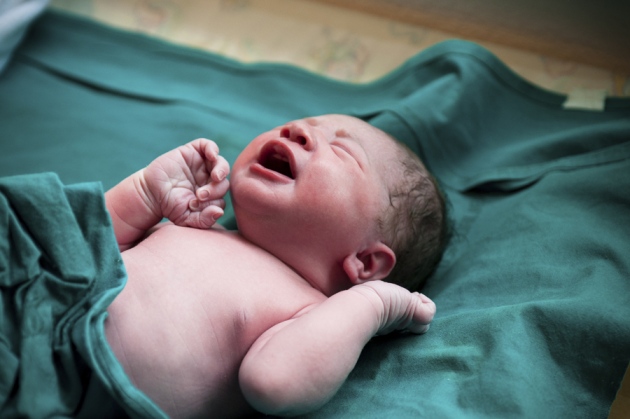 A tiny percentage of parents have always declined the shot but the numbers are growing, according to a new study.

All babies lack sufficient vitamin K at birth, putting them at risk for severe bleeding in the brain or intestines until they get the vitamin by eating solid foods, typically around six months of age. The vitamin is essential for blood clotting, and a vitamin K injection after birth eliminates this bleeding risk.

A tiny percentage of parents have always declined the shot but the numbers are growing, according to a new study. The research also found that children of these parents are 15 times more likely than others, at 15 months old, to have received none of the vaccines recommended by the US Centers for Disease Control and Prevention. “Our finding of a link between vitamin K refusal and vaccine refusal was very concerning,” says senior author Shannon MacDonald, a postdoctoral fellow at the University of Calgary Faculty of Medicine. “We had expected a correlation between the two but had not expected the association to be so high.” Vitamin K is not a vaccine or related to the manufacturing of vaccines.

The American Academy of Pediatrics (AAP) has routinely recommended vitamin K injections at birth since 1961 because the vitamin does not cross the placenta well during pregnancy. The shot provides infants with enough vitamin K to last until they get sufficient amounts through diet. Vitamin K deficiency bleeding has always occurred but for years the condition was less common than other causes of infant death. “People were much more worried about their babies dying of measles, whooping cough and meningitis,” says Clay Jones, a pediatrician specializing in newborns at Newton–Wellesley Hospital in Massachusetts.

Classic vitamin K deficiency bleeding, although rarely fatal, occurs in the first week of life to 0.25 to 1.7% of babies who do not receive the compound. Late vitamin K deficiency bleeding, which generally can occur up to six months old, is rarer but deadlier; the hemorrhaging nearly always occurs in babies’ brains but can also occur in the intestines and affects four to seven of every 100,000 infants without the shot. About 20% of the babies die and 50% sustain long-term brain damage. “They could be happy and healthy and doing fine and then—boom, they’re neurologically devastated if not dead,” Jones says. The shot has no side effects other than the brief pain of the injection and rare but possible bruising, and has little to no risk of an allergic reaction because it is injected into the muscle instead of a vein, he says.

Vitamin K can be administered orally, but bleeding has occurred even with this option. This method also requires multiple doses, which parents may forget. Breast-fed babies are at the greatest risk for vitamin K deficiency bleeding because breast milk contains extremely low levels of the compound, regardless of the mother’s diet. Baby formula contains added vitamin K, but formula-fed babies are still at risk for bleeding if they ingest too little or if their bodies do not adequately absorb it due to antibiotics, vomiting, diarrhea or an underlying liver disease.

A report last year of four babies in Nashville who developed late vitamin K deficiency bleeding after their parents declined the shot prompted MacDonald and colleagues to investigate refusal rates and factors for refusals. Among more than 282,000 children born from 2006 to 2012 in Alberta, all but 0.3% received the vitamin K shot at birth, they reported in Pediatrics. But the rate of refusals doubled from 0.21% in 2006 to 0.39% in 2012. “The rate was low, but more alarming was the rising rate of refusal,” says Mark Belletrutti, a pediatric hematologist at the University of Alberta. “I think refusal will grow, especially if we are not better in educating why vitamin K is important. No baby should have to die of a brain bleed from vitamin K deficiency in this day and age.”

Jones says he suspects that the US refusal rate is higher. Preliminary research presented this summer from two Nashville hospitals showed a refusal rate ranging from 2.3 to 3.7%. “Pediatricians have long thought the rise in vitamin K refusal mirrors the rise in vaccine hesitancy,” he notes, although the Alberta study is the first to offer evidence of the link. Some parents worry the shot will cause cancer, a possibility suggested by two studies in the 1990s that has since been refuted. That fear echoes the fear of an autism–vaccine link that was similarly refuted (see 'Link between vaccine and autism "entirely flawed"'). Most refusals, though, stem from a mind-set that is skeptical of synthetic chemicals and medical interventions, Jones says, an observation the study authors also make.

“This group of parents often shares a particular worldview of health that includes a preference for natural health remedies and questions the standard recommended practices of established medical authorities,” the authors wrote. Mothers who refused the shot were more likely to have epidural-free vaginal deliveries, and babies delivered by midwives were eight times less likely to receive vitamin K than babies delivered by doctors. Despite the overall low percentage of refusals, the rate was 14.5% among parents who had planned home births and 10.7% of parents at birthing centers. “As more children are born in birthing centers and at home, that number will absolutely rise,” Jones says. The preliminary Nashville research showed a similarly high rate among five birthing centers where 28% of parents refused the shot. “Parents who decide not to get the vitamin K injection are often as much the victim as the newborn themselves,” Jones adds, “because the parents are falling prey to misinformation online and [to their] trusted health care professionals, such as a small number of midwives.” Further, mothers who give birth out of the hospital are more likely to exclusively breast-feed, so their babies are already at greater risk for vitamin K deficiency bleeding.

Refusing vaccines fits into that same worldview, but a vital difference between declining vaccines and declining vitamin K is the time window for bleeding risk, says Steven Abrams, a neonatologist at Texas Children’s Hospital and member of the AAP’s Committee on Nutrition. “It is important to clarify for families that there is an immediate risk to their baby of not having the vitamin K shot and there is no ‘delayed schedule’ that will work,” he says, referring to parents who allow vaccinations, but delay them until their child is older. “To see babies whose lives will be seriously harmed by not getting this simple intervention is devastating.”