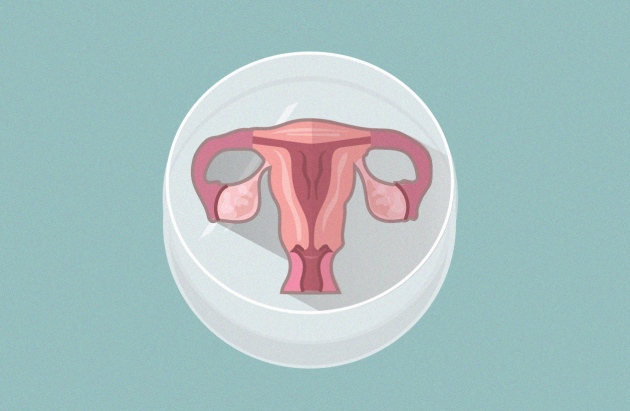 In the quest to study human reproduction, scientists have built a rudimentary model of the female system in the lab. Every 28 days, the 'ovary', cultured on a small plastic chip, releases an egg and starts producing hormones to prepare for pregnancy. The hormones travel through a series of tiny channels that mimic Fallopian tubes and into a uterus-like chamber made of human tissue.

The system, described in a study1 published on 28 March in Nature Communications, is the latest in a series of organs-on-chips — miniature devices seeded with human tissues and cells that are engineered to model biological functions.

Researchers hope that the synthetic reproductive system will provide another avenue for studying diseases such as cervical cancer, and allow them to test new contraceptives and fertility treatments before being used in people. There is no good animal model for the 28-day human reproductive cycle, says Teresa Woodruff, a reproductive scientist at Northwestern University in Chicago, Illinois, and a co-author of the study. The artificial system fills an “urgent unmet need for us”, she says.

Woodruff and her colleagues named their system Evatar — a portmanteau  of Eve and avatar. It contains five ‘organs’ linked together by a blood-like liquid carrying hormones, cell signalling molecules and drugs. The Fallopian tubes, uterus and cervix are made from human tissues obtained from women undergoing hysterectomies. The ovaries, however, are from mouse tissue, because healthy ovaries are rarely removed from women. Tissue for the fifth ‘organ’, the liver, which metabolizes drugs, comes from humans. 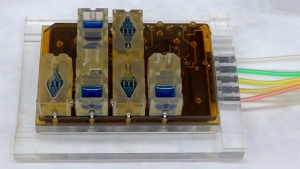 EVATAR can fit in the palm of the hand.

The egg stayed in the ovary chamber, but a second chamber lined with tissue from human Fallopian tubes began to act as though the egg were passing through it. (In the model, as in women, the tissue in the Fallopian tubes contain hair-like structures called cilia, which beat back and forth to waft the egg to the uterus.) The third and fourth chambers, lined with human uterine and cervical tissue, respectively, then produced receptors for the hormones. The researchers connected Evatar to a human liver-on-a-chip, which can metabolize drugs that the researchers are testing.

“I think this is as an extraordinarily important, beautiful piece of work,” says John Wikswo, a physiologist at Vanderbilt University in Nashville, Tennessee. He has been leading an effort to link at least 10 organ systems together to form a complete human-on-a-chip. The simulated organs in the Evatar system function correctly only when the right amounts of signalling factors and hormones are carried in the right amount of fluid, he says, and each organ plays a part.

Jon Hennebold, a reproductive scientist at Oregon Health and Science University in Portland, says that the main advantage of the new system is that it will allow researchers to quickly screen several drugs at once, testing them for toxicity and for their effects on the reproductive system. But he says that even an integrated set of organs-on-chips can’t entirely replace animal or clinical studies, because it is impossible to know which organs will be relevant in a disease or during drug treatments.

Woodruff says that her lab is planning to study various diseases by seeding the Evatar system with cells from people with conditions such as ovarian cancer, or by infecting Evatar with human papilloma virus, which can cause cervical cancer. The group is also making a male reproductive system called Adatar, and a testis–prostate system called DudeKube. The researchers plan to eventually link these systems with 10 other organs, including brains-on-a-chip, which produce signalling steroids and hormones, and the surprisingly complex system of human fat-on-a-chip, which can affect metabolism, the immune system and the reproductive cycles.