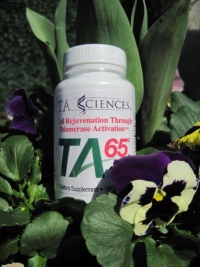 The drug TA-65 is claimed to be able to remodel ageing immune systems by lengthening the telomere caps on chromosomes.

“You’re going to be hearing from my attorney,” Brian Egan told his boss on his last day of work, nearly a year ago. Last week, Egan filed a class-action lawsuit that accuses Telomerase Activation Sciences (TA Sciences) in New York of engaging in deceptive business practices in promoting a proprietary herbal extract intended to reverse the effects of ageing.

The lawsuit threatens to put the science of telomeres — repetitive nucleotide sequences that protect the ends of chromosomes during DNA replication — on trial. But Noel Patton, president of TA Sciences, denies all of the allegations. “We stand by what we say,” he adds.

The connection between cellular ageing and telomere length is rooted in solid research. Telomeres become shorter every time a cell divides, and when they are lost cells can no longer reproduce. The enzyme telomerase can lengthen telomeres, possibly slowing or reversing degenerative diseases. In one study1, mice genetically engineered to lack functional telomerase showed brain degeneration and shrunken testes, but those effects were reversed when the enzyme was reactivated.

Such findings have sparked a lot of hype and encouraged a cottage industry of companies that assess a person’s ‘biological age’ on the basis of their telomere length. But TA Sciences has taken the buzz further: it sells a pill called TA-65, which it says can lengthen short telomeres. The pill brings in an annual revenue of US$6 million in the United States alone.

“A compound that can lengthen telomeres would be excellent,” says Carol Greider, a molecular biologist at Johns Hopkins University in Baltimore, Maryland, who shared a Nobel prize for her work on how telomerase protects chromosomes. But, she adds, “we would need to test it rigorously”.

The active ingredient of TA-65 was isolated from the herb Astragalus membranaceus and patented by Geron, a biopharmaceutical firm in Menlo Park, California. Research sponsored by TA Sciences and other companies has shown that the compound can lengthen telomeres in mice2 and humans3, but Greider and others are sceptical of the assay used.

Calvin Harley, president of Telome Health in Menlo Park, spearheaded the studies as chief scientific officer at Geron. He stands by the conclusion that TA-65 is a “weak telomerase activator”. However, TA Sciences sells the pill as a nutritional supplement, or ‘nutraceutical’, rather than a drug, so the firm’s health claims have not been evaluated by the US Food and Drug Administration (FDA).

In May 2011, Patton hired Egan to help to expand TA Sciences’ reach in foreign markets. Egan was required to take TA-65 twice a day, he later wrote in a discrimination complaint, so “that I could tell customers that I was also taking the product, and that it was safe and effective”. Patton denies that it was obligatory.

On 14 September, Egan says, he told Patton that he had been diagnosed with prostate cancer. The next day, according to Egan, Patton fired him and said that his prostate cancer could ruin the company. Egan says that when he was fired, he was offered a cash settlement to keep quiet about his cancer, but turned it down.

“A compound that can lengthen telomeres would be excellent. But we would need to test it rigorously.”

Patton denies Egan’s version of events. According to an affidavit that Patton filed in the discrimination suit, Egan was fired for meagre sales. On being told of his dismissal, Patton alleges in the affidavit, Egan threw his keys at his boss and demanded to settle things “man to man”. An employee broke up the confrontation, and Egan stormed out, says Patton. Egan denies Patton’s version of events.

On 19 September, Egan told a potential TA Sciences partner in Spain that he had developed cancer while taking TA-65. Patton and TA Sciences sued Egan for defamation in March, saying that he had lost the company $2 million in sales. Patton says that TA Sciences believes that if Egan had cancer, he had it before he started taking TA-65.

Egan stands by his allegations, and has now launched a broader attack on the company’s science with his class-action suit, which he filed on 23 July, in the New York State supreme court, along with another man who took TA-65. The suit challenges statements on TA Sciences’ website, including the assertion that TA-65 can lengthen short telomeres.

Greider doubts that TA-65 caused Egan’s cancer, but agrees that the science behind it is murky. A telomere-lengthening compound would be a boon to patients dying of bone-marrow failure and pulmonary fibrosis, she says, and firms could be expected to explore its pharmaceutical potential. “I don’t think a company would be selling it on the side as a nutraceutical,” she says.