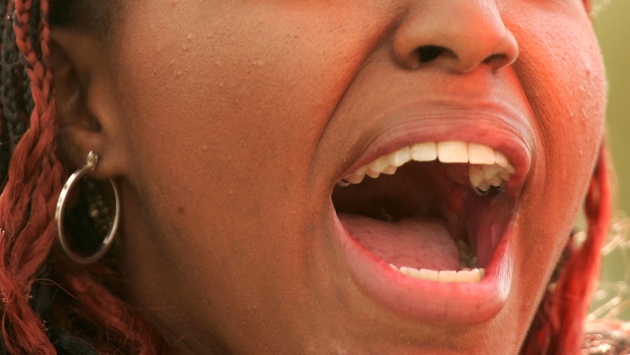 Listen in: the words people say may reveal the body's biological response to threat.

Subtleties in the language people use may reveal physiological stress.

The research, which is published on 6 November in Proceedings of the National Academy of Sciences1 suggests that changes in language may track the biological effects of stress better than how we consciously feel. It’s a new approach to studying stress, says David Creswell, a psychologist at Carnegie Mellon University in Pittsburgh, Pennsylvania, and one that “holds tremendous promise” for understanding how psychological adversity affects physical health.

Adverse life circumstances — such as poverty, trauma or social isolation — can have devastating effects on health, increasing the risk of a variety of chronic disorders ranging from heart disease to dementia. Researchers trying to pin down the biological mechanisms involved have found that people who experience these circumstances also undergo broad changes in gene expression in the cells of their immune system. Genes involved in inflammation become more active, for example, and antiviral genes are turned down.

These biological changes seem to represent the body’s evolutionary response to threat, says Steve Cole, a genomicist at the University of California, Los Angeles, and a co-author on the paper. But he was always troubled by a “nagging observation”: they don’t tally well with how stressed people say they are.

Cole wondered whether stress biology is triggered instead by an automatic assessment of threat in the brain, which doesn’t necessarily reach conscious awareness. To find out, he and his colleagues teamed up with Matthias Mehl, a psychologist at the University of Arizona, Tucson, who studies how stress affects language.

The researchers asked 143 adult volunteers in the United States to wear audio recorders, which switched on every few minutes for two days, capturing a total of 22,627 clips. Mehl transcribed any words spoken by the volunteers, and analysed the language they used.

He was particularly interested in what psychologists call 'function' words, such as pronouns and adjectives. “By themselves they don’t have any meaning, but they clarify what’s going on,” says Mehl. Whereas we consciously choose 'meaning' words such as nouns and verbs, researchers believe that function words “are produced more automatically and they betray a bit more about what’s going on with the speaker”. Mehl and others have found, for example, that people’s use of function words changes when they face a personal crisis or following terrorist attacks.

The researchers compared the language used by each volunteer with the expression in their white blood cells of 50 genes known to be influenced by adversity. They found that the volunteers’ use of function words predicted gene expression significantly better than self-reports of stress, depression and anxiety.

People with more stressed-out gene-expression signatures tended to talk less overall. But they used more adverbs such as 'really' or 'incredibly'. These words may act as “emotional intensifiers”, says Mehl, signifying a higher state of arousal. They were also less likely to use third-person plural pronouns, such as 'they' or 'their'. That makes sense too, he says, because when people are under threat, they may focus less on others and the outside world.

He cautions that more research is needed to test these specific effects, and to assess whether stress influences language, or vice versa. But he suggests that the approach could ultimately help to identify people at risk of developing stress-related disease. Doctors may need to “listen beyond the content” of what patients tell them, he says, “to the way it is expressed”.

Cole suggests that assessing language use could help to test whether interventions aimed at reducing stress really work. Perhaps “you could even ditch self-report stress measures”, he says, and instead listen passively to how trial participants speak.

“Language reflects how people connect with their world, but who would ever have thought that gene expression would be related to language?” says James Pennebaker, a psychologist at the University of Texas, Austin, who has pioneered research on language and social processes (and has previously worked with Mehl). “It’s such an exciting new way of thinking,” he adds. “I was blown away.”