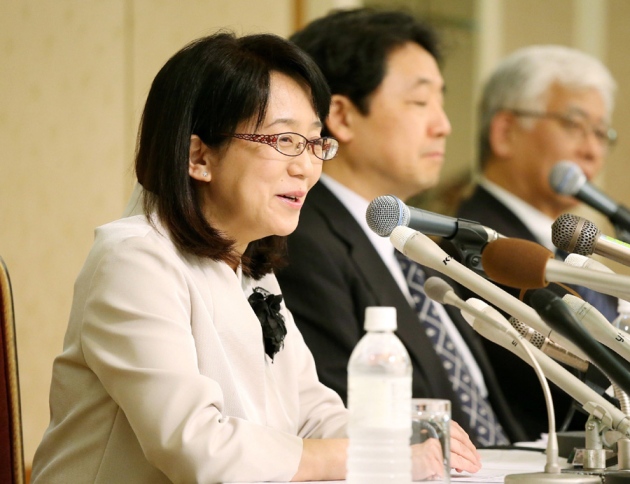 Masayo Takahashi is the first to implant tissue derived from induced pluripotent stem cells into a person.

“It’s awesome, it’s amazing, I’m thrilled, I’ve been waiting for this,” says Jeanne Loring, a stem-cell biologist at the Scripps Research Institute in La Jolla, California. She is one of several researchers around the world to welcome the news that a Japanese woman with visual impairment had become the first person to receive a therapy derived from stem cells known as induced pluripotent stem (iPS) cells.

A lot rides on this trial. If the procedure proves safe, it could soften the stance of regulatory bodies in other nations towards human trials of iPS cells, and it could pave the way for treatments for other conditions, such as Parkinson’s disease and diabetes. It could also cement Japan, recently plagued by a stem-cell scandal, as a frontrunner in iPS-cell research.

Pioneered in 2006 by Shinya Yamanaka, now director of the Center for iPS Cell Research and Applications at Kyoto University, iPS cells are created by inserting certain genes into the DNA of adult cells to reprogram the cells back to an embryonic-like state. The cells can then be turned into almost any tissue type, much as embryonic stem cells can. But because iPS cells can be derived from a patient’s own tissue, the hope is that they will dodge some of the controversial aspects and safety concerns of those derived from embryos.

In 2012, Yamanaka received a Nobel prize for his work, and the field has now matured, with teams across the world champing at the bit to test therapies based on iPS cells in people. Loring, for example, uses the cells to create dopamine-producing neurons as a potential therapy for Parkinson’s disease, and says that she will start clinical trials as soon as the US Food and Drug Administration (FDA) gives the go-ahead.

Still, tissues made from iPS cells carry their own concerns, and that had stopped any country from approving them for a clinical trial. The body’s immune system could attack them, or they might contain some cells that are still in the pluripotent state and cause cancerous growths — although Loring points out that this has not happened with human trials of therapies based on embryonic stem cells, for which the same concerns would apply.

In July 2013, however, Japan’s regulatory authorities gave the go-ahead for a team led by ophthalmologist Masayo Takahashi at the RIKEN Center for Developmental Biology (CDB) in Kobe to collect cells to be used in a clinical iPS-cell pilot study.

Her team took skin cells from the first patient, a woman in her seventies who had retinal damage owing to a condition known as age-related macular degeneration. The researchers then reprogrammed the skin cells into iPS cells and coaxed the unspecialized cells into becoming retinal tissue. On 8 September, Takahashi provided evidence that those cells were genetically stable and safe, a prerequisite for them to be transplanted into the eye. The procedure took place four days later, and RIKEN has reported that the patient experienced no serious side effects.

In this instance, the woman’s vision is unlikely to improve. However, researchers around the world are watching to see whether the cells stop the retina from deteriorating further and whether any side effects develop. Should the woman experience serious consequences, iPS-cell research could be set back years, much as gene therapy was in 1999 when a patient died in a trial that attempted to use a modified gene to correct a type of liver disease. “That wakes me up at night,” Loring admits.

If Takahashi’s trial succeeds, however, it could send a powerful signal to other regulatory agencies such as the FDA and the European Medicines Agency. “If Masayo can demonstrate that these cells are safe in patients, that will have calmed some of the anxiety about the new cell type out there,” says developmental molecular biologist Kapil Bharti at the National Eye Institute in Bethesda, Maryland. Bharti is leading an effort within the US National Institutes of Health (NIH) to develop an iPS-cell therapy for macular degeneration using an approach similar to Takahashi’s. He hopes to apply to the FDA in 2017 to begin clinical trials.

“They are sort of envious because you can move forward rapidly in Japan.”

Others are less patient. Stem-cell biologist Mahendra Rao, who until recently headed the NIH Center for Regenerative Medicine that backs Bharti’s trial and is now at the New York Stem Cell Foundation, says that regulations have been moving too slowly for companies outside Japan that want to do similar trials. One of these is Q Therapeutics in Salt Lake City, Utah, which he founded and which is developing cell-based therapies for neurodegenerative diseases. “They are sort of envious because you can move forward rapidly in Japan,” he says.

But the Japanese system is also controversial. Since approving the Takahashi study, regulators, keen to stay ahead in stem-cell research, have changed the law to make it easier to test therapies based on iPS cells clinically, a move that some say could result in ineffective treatments being thrust on desperate patients.

The surgery offers some welcome positive news for RIKEN, and Japan, in the wake of a stem-cell scandal and tragedy. “It gives them some of the credibility back,” Loring says.

Earlier this year, researchers from RIKEN’s CDB published two papers in Nature claiming to have made stem cells through a technique known as stimulus-triggered acquisition of pluripotency, or STAP. The papers were retracted in July, leading to a misconduct charge for one researcher, and contributing to the suicide of another. The CDB is now being halved in size, but in 2016, RIKEN is planning to open the ¥3-billion (US$28-million) Kobe Eye Center to develop cutting-edge procedures such as Takahashi’s. And the nation’s new legislation means that several other Japanese researchers are expected to begin clinical iPS-cell studies soon, including Takahashi’s husband, Kyoto University’s Jun Takahashi, who is planning a trial for Parkinson’s disease.

Outside Japan, many researchers hope that Masayo Takahashi’s trial will hasten the translation of their own work to therapies. “Every time someone goes down this path, it is easier for those who are following,” Loring says.