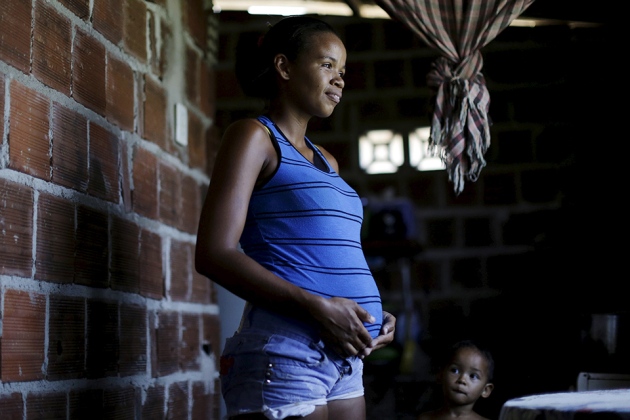 Women may have evolved a strong, fast immune response to infection in order to protect the developing fetus.

The immune systems of men and women respond very differently to infection — and scientists are taking notice. Research presented last week at a microbiology meeting in Boston, Massachusetts, suggests that the split could influence the design of vaccination programmes and lead to more targeted treatment of illness.

Hints that men and women deal with infection differently have been around for some time. In 1992, the World Health Organization hastily withdrew a new measles vaccine after it was linked to a substantial increase in deaths of infant girls in clinical trials in Senegal and Haiti. It is still not clear why boys were unaffected, but the incident was one of the first such examples to catch scientists’ attention.

Women might have evolved a particularly fast and strong immune response to protect developing fetuses and newborn babies, says Marcus Altfeld, an immunologist at the Heinrich Pette Institute in Hamburg, Germany. But it comes at a cost: the immune system can overreact and attack the body. This might explain why more women than men tend to develop autoimmune diseases such as multiple sclerosis and lupus.

Yet very few studies assess men and women separately, so any sex-specific effects are masked. And many clinical trials include only men, because menstrual cycles and pregnancies can complicate the results. “It’s sort of an inconvenient truth,” says Linde Meyaard, an immunologist at University Medical Center Utrecht in the Netherlands. “People really don’t want to know that what they study in one sex is different from the other.”

Now, scientists are beginning to tease out some precise mechanisms. At the meeting, infectious-disease researcher Katie Flanagan at the University of Tasmania in Australia reported on a tuberculosis vaccine given to Gambian infants. She found that the vaccine suppressed production of an anti-inflammatory protein in girls, but not boys. This boosted the girls’ immune responses, and may have made the vaccine more effective.

Treating nasal cells with oestrogen-like compounds before exposing them to the influenza virus has revealed further clues, says Sabra Klein, an endocrinologist at Johns Hopkins University in Baltimore, Maryland. Only the cells from females responded to the hormones and fought off the virus (J. Peretz et al. Am. J. Physiol. http://doi.org/bj5w; 2016).

“It’s a sort of inconvenient truth.”

Genetic factors may also guide how the sexes deal with infection. Meyaard studies a protein called TLR7, which detects viruses and activates immune cells. Encoded by a gene on the X chromosome, the protein causes a stronger immune response in women than in men (G. Karnam et al. PLoS Pathogens http://doi.org/bj5x; 2012). Meyaard suspects that this is because it somehow circumvents the process whereby one of the two X chromosomes in women is shut down to avoid overexpression of proteins.

A study set to begin later this year could help to tease apart the relative influence of genes and hormones on infection. Altfeld and his colleagues will look at 40 adults going through sex-change operations. If female hormones are responsible, the transgender women in the study should begin mounting stronger immune reactions to infections and develop more autoimmune problems than the transgender men.

Whether such results will lead to changes in how drugs are administered is an open question. In 2014, the US National Institutes of Health (NIH) announced that researchers must report the sex of animals used in preclinical research. Similar efforts are under way in Europe. But a 2015 report from the US Government Accountability Office (GAO) found that the NIH does a poor job of enforcing rules requiring that clinical trials include both sexes (see go.nature.com/28ll4nb).

According to the GAO, even if studies include both sexes, the NIH also does not routinely track whether researchers have actually evaluated any differences between them. Klein argues that gathering such data could lead to more-effective programmes — halving vaccine doses for women, for instance.

“People are tending to ignore it for as long as possible,” Flanagan says. “People will get a lot of surprises.”