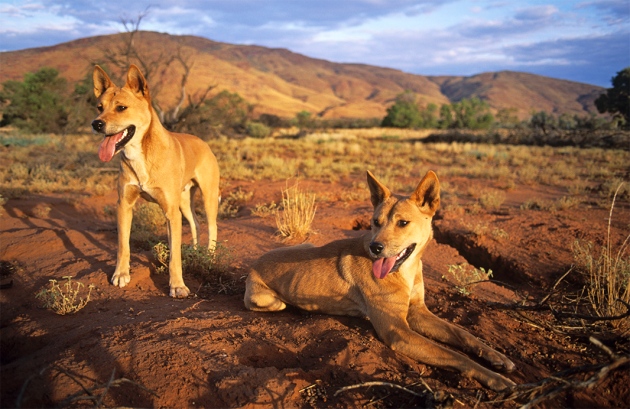 The debate over how, and to what extent, top predators such as dingoes affect their environment, rages on.

Dingoes can wreak havoc on Australia’s sheep population, so the canines have been fenced off from a large section of the country. But new research suggests that excluding dingoes can lead to a population boom in their preferred prey, kangaroos, that can change the plant composition of the landscape and even the soil chemistry. The finding is the latest addition in a long and contentious dispute about the effects of dingoes on Australia’s ecosystems.

That debate is part of a wider discussion on ‘trophic cascades’ — the idea that top predators change the behaviour and numbers of herbivores, which then affect the vegetation and the soil composition of a habitat. The latest research, published on 10 May in Proceedings of the Royal Society B1, doesn’t resolve the debate, but it does contribute a controlled experiment to a field criticized for relying on weak inference2.

The study was made possible by a 5,400-kilometre dingo-proof fence — which stretches across Australia's outback — which was built decades ago to keep the predators away from livestock. But the fence has also created an inadvertent experiment, because “two completely different ecological universes” have emerged, says ecologist Michael Letnic of the University of New South Wales in Sydney. There are obvious differences in the numbers of kangaroos, and in the kinds and amounts of plants between the two sides. There is more grass on the dingo side, and more woody vegetation, such as trees and shrubs, on the kangaroo side.

To gauge how the dingoes are affecting the environment, Letnic and his colleague Timothy Morris, who conducted the work while at the University of New South Wales, estimated kangaroo and dingo numbers on either side of the fence. They did this by conducting night-time surveys of animal numbers using spotlights. The team also established 16 plots, each 11 metres square, with 8 on either side of the fence. Four plots on either side were closed off to kangaroos to probe how the herbivores affect the vegetation.

On the dingo side of the fence, researchers spotted 85 of the canids and 8 kangaroos. On the kangaroo side, the team found a single dingo and more than 3,200 kangaroos.

The plots on the dingo side of the fence showed no real differences in vegetation. But on the other side of the fence, the kangaroo-exclusion areas had about 12% more vegetation cover, implying that high numbers of the herbivores reduce the plant cover in a landscape.

Fenced-off plots on the kangaroo side of the fence also had more soil carbon, phosphorus and nitrogen, suggesting that intense grazing outside the plots was changing the soil chemistry of the area. Letnic thinks that the kangaroos tend to move nutrients away from the grasslands — the animals rest under trees during the day, and so nutrients from grassy areas are deposited in wooded regions when the kangaroos defecate.

Benjamin Allen, a wildlife ecologist at the University of Southern Queensland in Toowoomba, is the lead author of a review published in March that questions the rigour of research on trophic cascades2. And despite the fact that Morris and Letnic have a control component in the kangaroo-proof enclosures — unlike many trophic-cascade studies — Allen doesn’t find the new work convincing.

He says that some of the methods used, such as the spotlight counts, are too crude to provide accurate numbers. And he feels that alternative hypotheses, for example the presence of sheep in the area and differing water availability, haven’t been adequately considered as explanations for the landscape-scale vegetation differences. 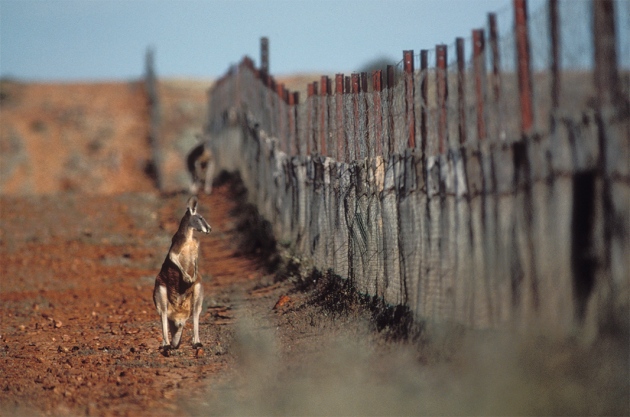 Ultimately, the 12% difference in vegetation cover seems too small to affect the structure of the whole ecosystem, Allen says. Dingoes will certainly suppress kangaroo numbers, he adds. “But I don’t agree that this is the driver of the whole system.”

Ecologists Matt Kauffman at the University of Wyoming in Laramie and Oswald Schmitz at Yale University in New Haven, Connecticut, agree that some researchers in the trophic-cascade field have become overenthusiastic. ”For the longest time, people thought predators can't really matter in an ecosystem,” says Schmitz. ”And now the pendulum has swung completely over to where they are always important. People have become almost religious about it.”

But both think that the new dingo work provides a clear signal that there’s a link between the canines and the broader ecosystem. “This is the kind of experimental evidence that Allen and his group are calling for,” says Schmitz. And Kauffman and Schmitz applaud the use of the kangaroo-exclusion plots.

“That’s one of the strengths of this study — that it is experimental,” says Kauffman. “We are desperately trying to understand what it means when we lose large carnivores, and what it might mean in places where we restore them or they are re-establishing.”