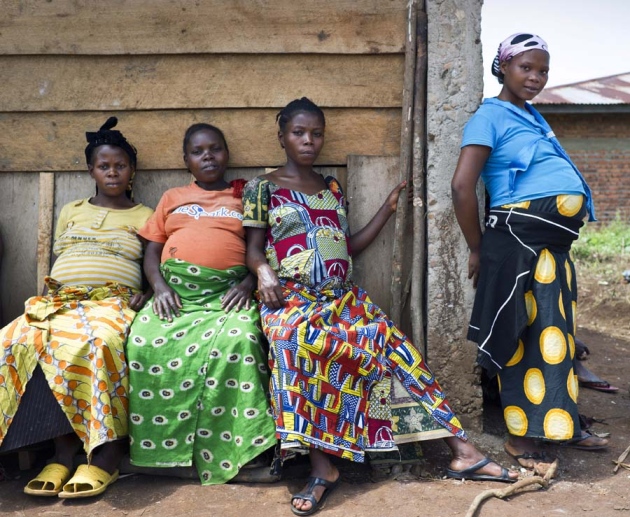 Women in sub-Saharan Africa are often not tested for HIV until they become pregnant.

Treatment of people with HIV has advanced so much that some doctors and activists are urging the US National Institute of Allergy and Infectious Diseases (NIAID) to stop a trial that compares how well older and newer protocols keep mothers from passing HIV on to their newborn babies.

The Promoting Maternal–Infant Survival Everywhere (PROMISE) study is comparing three ways of delivering antiretroviral drugs to pregnant women. In Option B+, women receive a three-drug cocktail called highly active antiretroviral therapy (HAART) and stay on it indefinitely. In Option A, the women take a single drug during pregnancy and in Option B, they take the triple-drug therapy, but stop shortly after delivery or finishing breastfeeding as long as their immune-cell counts have not dropped to unhealthy levels.

Mary Glenn Fowler, the leader of the trial and a physician at the Johns Hopkins Bloomberg School of Public Health in Baltimore, Maryland, says that the study will provide crucial evidence about whether exposing pregnant women to the aggressive antiviral treatment used in options B and B+ puts them and their newborns at unnecessary risk. “It is critical to be sure we’re doing no harm,” she says.

But last year, the World Health Organization (WHO) recommended that, where feasible, all pregnant women with HIV receive Option B+. “The PROMISE trial has become almost redundant,” says physician Erik Schouten, who works for the non-profit advisory organization Management Sciences for Health in Malawi, one of 15 countries in which the trial is being conducted.

Yet in December, leaders of the group conducting the study — known as the International Maternal Pediatric Adolescent AIDS Clinical Trials network — decided to continue PROMISE but stop other trials in the face of a 32% budget cut. And in May, an independent review board said that the trial’s output so far justified its continuation. “We’re kind of in between a rock and a hard place,” says Carl Dieffenbach, director of the NIAID’s Division of AIDS.

Option B+ has not been shown in a large clinical trial to protect infants any better than Option B, acknowledges Jennifer Cohn, medical director of the Médicins Sans Frontières Access Campaign in Geneva, Switzerland. But “the movement is towards treatment simplification”, she says, and Option B requires choices to be made about when treatment should be restarted.

In places where lab facilities are scarce and women have an average of five to six children, doctors often find it difficult to follow protocols that require regular immune-cell testing and resumption of treatment if levels drop or the woman becomes pregnant again. Partly for that reason, countries such as Uganda, Malawi, Tanzania and Zambia have now opted for the simplicity of Option B+. But this means that some women who enrol in the PROMISE trial will receive less-aggressive treatment than is recommended in their countries.

“It is inconceivable that properly informed HIV-infected pregnant women would accept enrolment in a study where they might receive treatment that is inferior to that offered by their national ministry of health,” wrote paediatrician Arthur Ammann, founder of Global Strategies, a capacity-building organization based in Albany, California, in a 7 June letter to officials at the US National Institutes of Health (NIH) in Bethesda, Maryland.

However, Fowler says that the ministries of health at all PROMISE sites agreed to continue the trial after the WHO revised its guidelines, with the exception of Tanzania, which is still considering the decision.

A 2012 review of PROMISE’s design commissioned by the NIH concluded that it was ethical to continue testing older regimens in countries that now use Option B+ because there was no evidence at the time that Option B+ was any better than those regimens.

But public-health officials believe that because it provides greater coverage, Option B+ is more effective at protecting infants than the other treatments. According to statistics from the United Nations, the number of HIV infections in children up to 14 years old halved between 2009 and 2012 in Malawi and Zambia, and during that period, Option B+ was widely adopted in both countries.

Dieffenbach says that no one aside from the independent review board has seen the PROMISE data, and that the board has repeatedly said that the trial continues to provide useful information. He also says that any plan to end the trial would have to ensure that the women and children who were enrolled would continue to receive care.

“These are the kinds of things that need to be thought out,” Dieffenbach says, “such as how you would change this trial in a way that is both useful for research and deals in a respectful and ethical way with these women.”