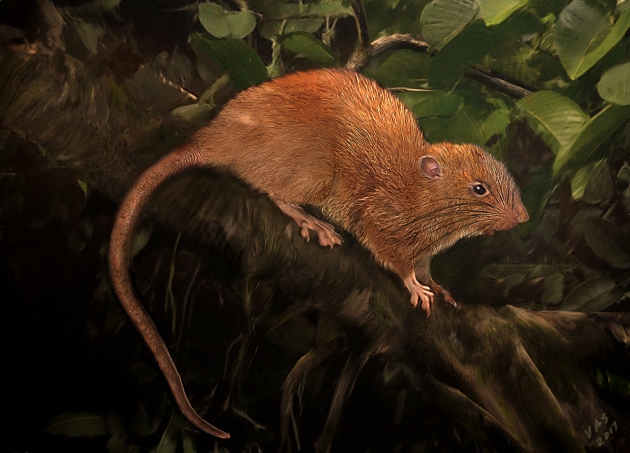 An artist's illustration of the newly-discovered giant rat, Uromys vika.

Mammalogist Tyrone Lavery first heard stories about ‘vika’, a giant, coconut-cracking, tree-dwelling rat from the Solomon Islands, in 2010. After years of searching for the elusive animal, he has finally confirmed its existence, making it the first new rodent species to be described from the islands in more than 80 years.

Lavery made ten separate survey visits to Vangunu island in the Western Province of the Pacific Ocean archipelago. But the only rat he could spot or capture was the introduced black rat (Rattus rattus). For years, the only non-anecdotal evidence he had that vika was real was a “really big rodent pellet, too huge to be from a black rat”, that he discovered on a hike in 2012. Just as he began to worry that the animal had gone extinct, a local conservationist gave him a call: a 46-centimetre-long, orange-brown rat had been collected from a felled tree.

“To finally have vika in the hand was a very special feeling,” says Lavery, a postdoctoral researcher at The Field Museum in Chicago, Illinois, and lead author on the paper that describes Uromys vika (in honour of the local name), published on 27 September in the Journal of Mammalogy1. 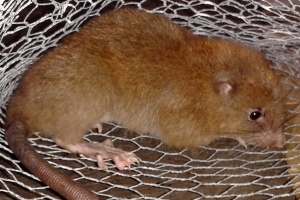 A photograph of Uromys vika.

“I’m really excited by this animal,” says Kristofer Helgen, a zoologist at the University of Adelaide, Australia, who has identified many new species. “The Solomons have an incredible rodent fauna," he says, but most of the species suspected of inhabiting the islands are known only from hearsay, or from historical evidence such as partly fossilized bones found in caves, or skulls and skins in museums, often dating back to the 1880s. “This is a first-class discovery.”

The animal that Lavery studied was found leaving a tree that had been felled by a commercial logging company. It died from its injuries, but was photographed. Hikuna Judge, a ranger with the Zaira Resource Management Area on Vangunu and the paper's second author, sent the rat on to Lavery, who at the time was at the Queensland Museum in Brisbane, Australia.

By the time Lavery examined the animal, almost all of its soft tissues had decomposed. But the cranium was complete, and his examination of it, along with the partial skeleton, hair and mandible, and the results of a DNA analysis, showed that this was indeed a new species. Its closest known relatives, two giant silver-coloured rats, lived on Guadalcanal island, to the southeast. 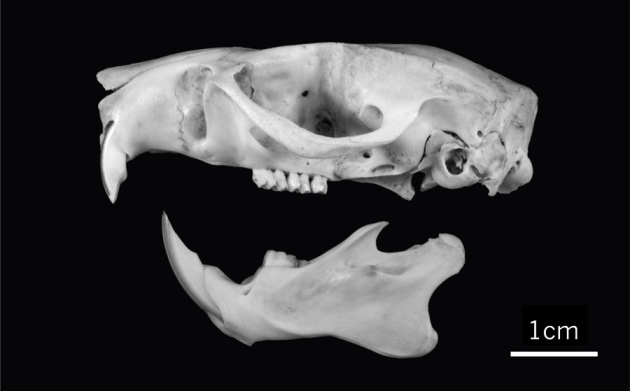 The skull of Uromys vika.

The rat was not weighed before it decomposed, but Lavery thinks that an adult U. vika probably reaches between 500 grams and 1 kilogram. As well as perhaps coconuts, it probably eats fruits and other nuts. Given that only about 80 square kilometres of primary forest remains on Vangunu, Lavery estimates that there may be no more than 100 of the animals left.

The Solomon Islands, which lie about 1,600 kilometres northeast of Australia, are biologically isolated. More than half of the islands’ mammals are found nowhere else in the world. Commercial logging is a major threat to their survival.

“I hope that Judge and Lavery continue documenting the fauna,” says Jake Esselstyn at Louisiana State University in Baton Rouge, who was part of a team that found a new rat species on the island of Sulawesi, Indonesia, in 2013. “I’m sure there are more unknown mammals in the Solomons, and habitat loss could drive species to extinction before they are documented. There’s a good chance that has already happened.”