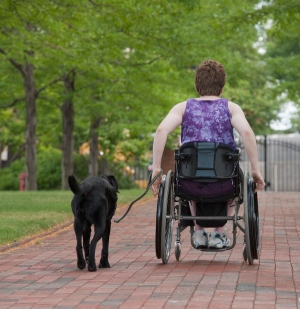 A genetic test could help to determine whether a multiple sclerosis patient would benefit from a promising therapy.

Like diabetes, most forms of cancer and other common diseases, there is no single gene that causes the autoimmune condition multiple sclerosis (MS). Dozens of genetic variations act in concert with environmental factors to cause the debilitating neurological disease.

Yet a single genetic variant may explain why drugs that treat other autoimmune diseases tend to make MS symptoms worse, and could identify other MS patients who might benefit from the therapies. Researchers say that the findings, which are published online in Nature1, also highlight how genome-wide association studies (GWAS) can yield useful medical insights.

GWAS compare thousands of people who have a particular disease, detailing hundreds of thousands of genetic variations between them. The goal is to identify variations that are more common in people with the condition than in healthy people. Most such studies uncover scores of genetic variants associated with the disease in question, each increasing a person’s chances of developing the condition by a small percentage.

Such is the case for a DNA letter in the gene that encodes the protein called tumour necrosis factor receptor 1 (TNFR1). The protein senses a potent immune molecule called tumour necrosis factor (TNF) that destroys cancerous cells but that is also implicated in autoimmune disease. People of European ancestry who have two ‘A’s at that particular spot on the genome are 12% more likely to develop MS than those with two ‘G’s at that spot.

Lars Fugger, a neurologist at the University of Oxford, UK, and his team discovered that the variant A shortens the TNF receptor 1 protein. Normally, the protein sits within a cell’s membrane, where it can sense TNF molecules circulating outside the cell and convey their instructions to that cell. The protein starts a cascade that can lead to inflammation and cell death. But the shortened form of the protein never makes it into the membrane, Fugger’s team found. Instead it is probably shunted outside the cell, where it can bind TNF molecules, stopping them from signalling to cells.

Biologic drugs that block TNF from signalling to cells have revolutionized treatment for autoimmune conditions such as rheumatoid arthritis over the past decade, says Fugger. Yet despite achieving some encouraging results in animal models of MS, drugs that block the activity of TNF tend not work in patients with MS. In fact, they usually make symptoms worse, and they may even have caused the disease in people predisposed to it, says Fugger. He thinks the variation his team studied could explain why.

Fugger says it is unclear how TNF influences MS, but in patients with the gene variant, the TNF-blocking drugs could be providing a double-whammy by suppressing TNF signalling further. The normal receptor prevents mice from developing symptoms of a model of MS2.

It is not clear whether TNF-blocking drugs might help MS patients who don't have the TNF variant, says Fugger, but taking a closer look at the genetics of the patients who received the treatment as part of clinical trials in the 1990s could provide the answer.

Alastair Compston, a neurologist at the University of Cambridge, UK, who led a consortium that last year identified dozens of genetic risk factors for MS in nearly 10,000 MS patients3, says there is overwhelming genetic evidence that TNF is somehow involved in the condition. “Therefore the potential for manipulating it therapeutically is real,” he says.

Fugger hopes that his team’s study will also help to dispel the notion that genome-wide association studies will never offer much that can be used in patient care (see 'Human genetics: Hit or miss'). If doctors had known that TNF-blocking drugs mimic the effects of a major risk factor for the disease, they might have designed their clinical trials differently, he says. “The idea is you can use GWAS studies to decide which drugs should be used and which should not be used,” Fugger says.