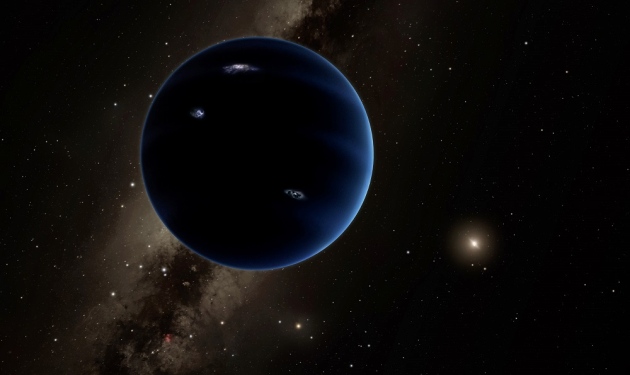 This artist's conception shows the view from (hypothetical) Planet Nine back towards the Sun.

A century after observatory founder Percival Lowell speculated that a ‘Planet X’ lurks at the fringes of the Solar System, astronomers say that they have the best evidence yet for such a world. They call it Planet Nine.

Orbital calculations suggest that Planet Nine, if it exists, is about ten times the mass of Earth and swings an elliptical path around the Sun once every 10,000–20,000 years. It would never get closer than about 200 times the Earth–Sun distance, or 200 astronomical units (au). That range would put it far beyond Pluto, in the realm of icy bodies known as the Kuiper belt.

No one has seen Planet Nine, but researchers have inferred its existence from the way several other Kuiper belt objects (KBOs) move. And given the history of speculation about distant planets (see ‘Solving for X’), Planet Nine may end up in the dustbin of good ideas gone wrong.

Astronomers have long speculated about the existence of additional large planets in the outer Solar System, but none has yet been confirmed. 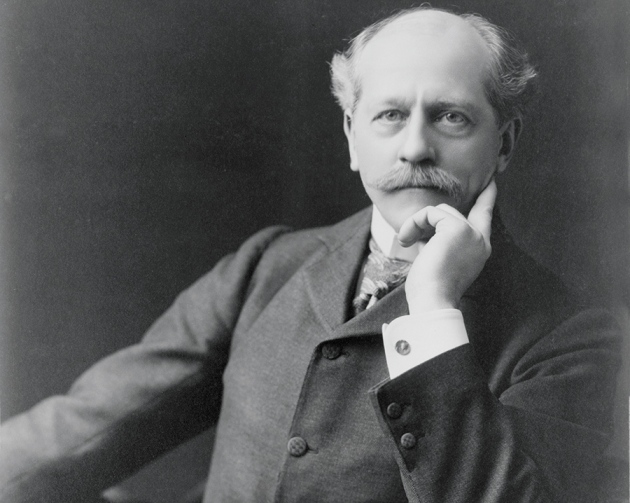 1905 Percival Lowell (pictured) starts hunting for a ‘Planet X’, which he predicted would lie beyond Neptune, just as Neptune lies beyond Uranus. His calculations led astronomers at Lowell’s namesake observatory to find Pluto in 1930, but the object is not massive enough to be Planet X.

1984 On the basis of periodic extinctions in the fossil record, scientists propose that a dwarf star, later named Nemesis, passes through the Solar System every 26 million years, flinging comets on a path to impact Earth.

1999 Perturbations in comet orbits lead astronomers to propose that a brown dwarf (bigger than a planet but smaller than a star) exists in the outer Solar System. It is named Tyche, the good sister of Nemesis.

2014 A search with the Wide-Field Infrared Survey Explorer satellite rules out the existence of both Nemesis and Tyche. But the discovery of an object in the distant Kuiper belt prompts Chadwick Trujillo and Scott Sheppard to propose a large planet in the Kuiper belt.

2016 Orbital calculations by Konstantin Batygin and Mike Brown strengthen the concept of this unseen planet, which they name ‘Planet Nine’.

“If I read this paper out of the blue, my first reaction would be that it was crazy,” says Mike Brown, an astronomer at the California Institute of Technology in Pasadena who was part of the research team. “But if you look at the evidence and statistics, it’s very hard to come away with any other conclusion.”

Alessandro Morbidelli, an orbital-dynamics specialist at the University of the Côte d’Azur in Nice, France, who has reviewed the paper in detail, says he is “quite convinced” that the planet exists. Others are not so sure.

“I have seen many, many such claims in my career,” says Hal Levison, a planetary scientist at the Southwest Research Institute in Boulder, Colorado. “And all of them have been wrong.”

Claims of Planet Nine’s existence recall a period in the nineteenth century when astronomers predicted and then discovered Neptune by studying tiny perturbations in the orbit of Uranus. The gravity of some unseen body must be tugging on Uranus, they said — and they were right. “In some sense we’re hoping to relive history a little bit,” says Batygin.

The story of Planet Nine began in 2014, when a pair of astronomers reported finding a KBO called 2012 VP113. Its stretched-out orbit never came closer than 80 au to the Sun (C. A. Trujillo and S. S. Sheppard Nature 507, 471–474; 2014). (Pluto, at its most distant, is 48 au from the Sun.) VP113 joined the dwarf planet Sedna as only the second known object with a very distant orbit. In their report, Chadwick Trujillo at the Gemini Observatory in Hilo, Hawaii, and Scott Sheppard of the Carnegie Institution for Science in Washington DC said that the orbits of these objects suggested that yet another object, a planet bigger than Earth, could exist at around 250 au (see ‘Far afield’). 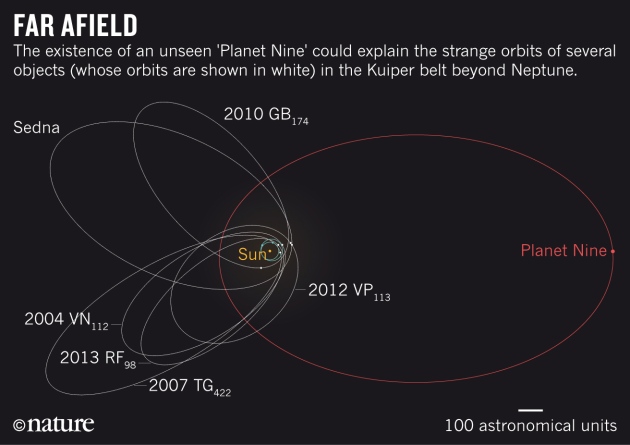 Batygin and Brown picked up the challenge. “Our main goal at that point was to show that this idea is crazy,” says Brown.

But Trujillo and Sheppard had noted that Sedna, VP113, and several other KBOs all shared a peculiar property: their closest approach to the Sun lay in the plane of the Solar System, and they all moved from south to north when crossing that plane.

Batygin and Brown analysed the orbits further and discovered that their long axes were physically aligned, too, as if something had nudged them to occupy the same region of space around the Sun. The team concluded that a massive object must be shepherding the objects. “We have a gravitational signature of a giant planet in the outer Solar System,” Batygin says.

Planet Nine — informally known as Phattie — is probably smaller than Neptune and icy with a gassy outer layer. The gravitational effect of Uranus and Neptune would have flung it outward in the first 3 million years of the Solar System’s existence, Batygin says.

Actually spotting Planet Nine through a telescope could be difficult because it would spend most of its time very far from the Sun, making it faint and hard to see, notes Meg Schwamb, an astronomer at the Academia Sinica in Taipei. Brown and Batygin have been looking for it using the Subaru telescope in Hawaii, so far without success. The Large Synoptic Survey Telescope in Chile will have a good chance of catching it when it starts operating early next decade, Brown says.

But he and Batygin say that there are other ways to test the existence of Planet Nine. Its gravitational influence would also produce a population of KBOs with orbits at steeply inclined angles. A few of these have already been spotted, but discovering more would strengthen the statistics of the discovery and help to clarify whether Planet Nine really exists or not, says David Nesvorny, a planetary scientist at the Southwest Research Institute. So it’s back to the telescopes. “It really points to the fact that more extreme KBOs need to be found,” says Trujillo. “The location is not known well enough to just point a telescope at it and say, ‘there it is’.”