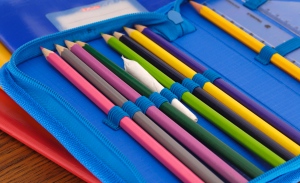 Heavy marijuana use at a young age can significantly lower a person's IQ.

Becoming a heavy cannabis smoker as a teenager results in cognitive decline not seen if the illicit drug use starts when adult.

Clinical psychologist Madeline Meier at Duke University in Durham, North Carolina, and her colleagues used data from the famous Dunedin Longitudinal Study, an ongoing multi-factor survey involving a cohort of 1,037 New Zealanders followed from birth, which now has 40 years worth of data. Participants in the Dunedin Study had been periodically tested for IQ and other neuropsychological indices as well as being asked about behaviour such as drug-taking. The study was published in the Proceedings of the National Academy of Sciences on Monday1.

When their adult IQ was tested at 38 years old, the heaviest and most persistent adolescent-onset users in the study had experienced an average decline of eight IQ points from childhood to adulthood. Non-users had on average increased their IQ by around one point. And even after setting aside the heaviest users, a decline of a few IQ points from their childhood value was still seen in  less heavy users who had started in their teens. What's more, the drop in mental function seemed irreversible even after people had quit cannabis. However, persistent users who only started when adult (older than 18 years) did not seem to experience the same IQ decline.

By being able to compare an individual's IQ before and after cannabis use, the authors could rule out previous neuropsychological deficit as a cause of the decline.They were also able to dismiss an effect of education by finding no difference in the proportion of heavy cannabis users in the full study sample and in those with only a high-school education or less. This should answer the challenge from the ‘education hypothesis’ — that heavy cannabis users are more likely to have dropped out of education. In the same way, they could also control for other complicating factors, such as schizophrenia, the use of other drugs, and the possibility that a subject might have been high when their cognitive abilities were tested.

The findings hint at neurotoxic effects from cannabis at a critical age for brain development, although the authors leave it for other researchers to isolate what the underlying mechanism may be.

Robin Murray, a research psychiatrist at the Institute of Psychiatry, King’s College London, whose own investigations have explored the links between cannabis and psychosis, was impressed with the rigour of the paper: “There have been other studies showing cognitive decline, but they’ve all been from slightly dodgy samples. The Dunedin cohort is probably one of the most studied populations in the world from a cognitive point of view. It’s an excellent sample.”

Valerie Curran, professor of psychopharmacology at University College London and a member of the UK's Independent Scientific Committee on Drugs, was more sceptical, saying that a other factors, such as depression, are also associated with heavy use and reduced motivation. “Although the overall sample size is excellent, the data on adolescent onset of heavy use is based on just over 50 people.”

She also noted that the findings represent a very small decline in IQ as a result of very heavy use over a number of years, “which doesn’t relate to recreational use”.

Recent surveys have shown that fewer adolescents believe that regular cannabis use is harmful to health. They are starting to use cannabis at an earlier age and more of them are using it every day.

With this in mind, the authors say that their findings suggest that policy-makers should put more emphasis on attempting to delay the point at which teens start smoking cannabis.

“Let’s keep some perspective. This is not huge," Murray says. "You’re not becoming completely demented. Of course, it’s better to still have your extra eight IQ points, but it’s not something that’s enough to draw medical attention.”

The effects of the significant increase in the amount of the active ingredient, tetrahydrocannabinol (THC), in the drug over the past few decades also needs to be explored. “You have to remember that when the people in the Dunedin study were kids back in the early eighties, this would have been pretty old-fashioned hash or weed, with THC content of 4–5%," Murray points out. "Today’s skunk has 16–18%, so the effects are most likely to be magnified.”