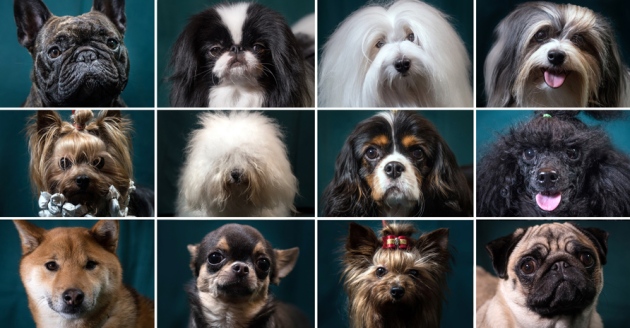 What a tangled web humans have weaved for domestic dog breeds.

A new family tree of dogs containing more than 160 breeds reveals the hidden history of man’s best friend, and even shows how studying canine genomes might help with research into human disease.

In a study published on 25 April in Cell Reports, scientists examined the genomes of 1,346 dogs to create one of the most diverse maps produced so far tracing the relationship between breeds1. The map shows the types of dog that people crossed to create modern breeds and reveals that canines bred to perform similar functions, such as working and herding dogs, don't necessarily share the same origins. The analysis even hints at an ancient type of dog that could have come over to the Americas with people thousands of years before Christopher Columbus arrived in the New World.

The new work could come as a surprise to owners and breeders who are familiar with how dogs are grouped into categories. “You would think that all working dogs or all herding dogs are related, but that isn’t the case,” says Heidi Parker, a biologist at the US National Institutes of Health (NIH) in Bethesda, Maryland, and a study author.

When geneticists tried to map out herding-dog lineages in the past, they couldn’t do so accurately. Parker and Elaine Ostrander, also a biologist at the NIH and a study author, say that this was because herding dogs emerged through selective breeding at multiple times and in many different places.

Most of the breeds in the study arose from dog groups that originated in Europe and Asia. But domestic dogs came to the Americas thousands of years ago, when people crossed the Bering land bridge linking Alaska and Siberia. These New World dogs later disappeared when European and Asian dogs arrived in the Americas. Researchers have looked for the genetic legacy of these ancient canines in the DNA of modern American breeds, but have found little evidence until now.

The way that two South American breeds, the Peruvian hairless dog and the xoloitzcuintli, clustered together on the family tree suggested to Ostrander and Parker that those animals could share genes not found in any of the other breeds in their analysis. Parker thinks that those genes could have come from dogs that were present in the Americas before Columbus’s arrival.

“I think our view of the formation of modern dog breeds has historically been one-dimensional,” says Bob Wayne, an evolutionary biologist at the University of California, Los Angeles. “We didn’t consider that the process has a deep historical legacy.”

That extends to what was probably the first period of domestication for canines in hunter-gatherer times. Ostrander and Parker think that dog breeds underwent two major periods of diversification. Thousands of years ago, dogs were selected for their skills, whereas a few hundred years ago, the animals were bred for physical traits.

“You would never be able to find something like this with cows or cats,” says Wayne, “We haven’t done this kind of intense deliberate breeding with anything but dogs.”

Although the latest study can help researchers to better understand the history of the domestic dog, there are several practical reasons for creating a database such as that produced by Ostrander, Parker and their colleagues. One reason is that it can help in diagnosing illnesses in domestic dogs. Another is that it can aid the study of human diseases.

Dogs and people can suffer from similar conditions, such as epilepsy. In humans, there might be hundreds of genes that can influence that illness. However, because dog breeds are relatively genetically isolated, each breed might carry only one or two of the genes involved in epilepsy, says Ostrander. “By studying dogs, we can we look at each [gene] individually. It’s much more efficient.”