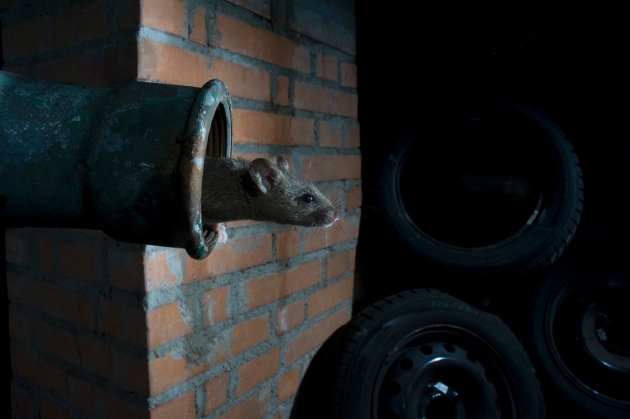 Wild mice that have grown up exposed to a wide variety of microbes have stronger immune systems than do lab-reared mice.

Most scientists stocking a lab with mice order the animals from a commercial supplier. But David Masopust, an immunologist at the University of Minnesota in Minneapolis, chose a more difficult route. He decided to catch wild mice in a barn at a petting zoo — where he then had to fend off a cockatoo vying for one of the trapped mice. “You do question what exactly you got yourself into,” he says.

Masopust went to such lengths because he doubted that commercial lab mice — selectively bred in sanitized environments — are good research analogues for people, who do not live in such clean conditions. In a paper online in Nature (Beura, L. K. et al. http://dx.doi.org/10.1038/nature17655; 2016), he and his colleagues show that wild mice and mice from pet shops have strong, complex immune systems that mimic those of adult humans. Exposing lab mice to these ‘dirty mice’ strengthened their immune systems and made them more human-like.

Therapies tested in lab mice rarely translate into humans, and researchers have long thought that differences between human and rodent immune systems may be partly to blame. Lab mice, for instance, have very low levels of some types of the immune cells called memory CD8+ T cells compared with adult humans. In people, these cells mature during childhood after exposure to viruses and other pathogens, and help to fight against infections and cancers.

“People have known there’s a problem for a long time, but in most cases they just want to ignore it.”

But without a better alternative, most researchers still use lab mice to test therapies or study disease. “People have known there’s a problem for a long time, but in most cases they just want to ignore it,” says Mark Davis, an immunologist at Stanford University in California. “There’s so much invested in the inbred mouse model.”

To test whether differences between lab mice and their kin are genetic or are the result of environmental exposures, Masopust housed lab mice with those bought from pet shops and monitored them for two months. The lab mice had a tough time: many became sick from exposure to the dirt and pathogens carried by the outside mice and about 20% of them died.

But the surviving lab mice emerged stronger for the experience. When the researchers infected the co-housed lab mice with Listeria bacteria, the animals fought off the infection much better than normal lab mice. The pet-shop mice and the co-housed mice had higher levels of mature immune cells, including CD8+ cells, and expressed the same immune genes as adult humans. The genes and cells of unexposed lab mice, by contrast, were similar to those of newborn humans.

“It’s so nice to see these labs starting to step out of the box,” says Amy Pedersen, an ecologist at the University of Edinburgh, UK, who studies how diseases arise in wild mice. Pedersen is not surprised that the mice have such different immune systems. She says that researchers’ increasing interest in the microbiome — the bacteria that colonize the body — is leading to more papers supporting this idea.

Masopust says that his work should not be taken as an argument against using mice to model human diseases. Rather, he says that exposing lab mice to dirty mice could be one step in developing therapeutics. “I’d sure as heck want to pilot when possible anything I find in mice through this model before going into humans,” he says, especially because human trials are extremely expensive.

Now that he has the co-housing facility set up, Masopust hopes to collaborate with researchers who want to expose their research animals to his dirty mice. Studies on allergies, infectious disease and cancer could all be influenced by these changes to the animals’ immune systems.

Davis is impressed by the paper, calling it “a simple solution to some aspects of the differences between inbred mice and actual humans on the streets”. But he says that co-housing lab and dirty mice will not solve all the problems with mouse models of human disease. Ideally, Davis says, mouse vendors could produce and sell lines of research mice that have been exposed to dirty mice.

But it would be logistically difficult for researchers to use these animals in clean mouse facilities, where some mice are engineered to lack immune systems, for instance, or are infected with specific pathogens for experiments. To conduct his experiments, Masopust had to convince the University of Minnesota to let him bring dirty wild mice into its meticulously clean and germ-free facilities — which required housing them in a special wing dedicated to mice with dangerous infections, such as tuberculosis.

In fact, Cory Brayton, a pathologist at Johns Hopkins University in Baltimore, Maryland, says that she is impressed that Masopust’s experiment shows just how clean typical lab mice are. “Congratulations to the mouse
supplier,” she says.

Masopust says that the next phase of his research will test what happens when clean baby lab mice are raised with dirty mouse mothers. This could probe the ‘hygiene hypothesis’ — the idea that allergies and autoimmune diseases result when babies are not exposed to enough microbes or allergens when they are young.