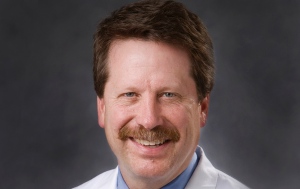 Robert Califf is a deputy commissioner at the US Food and Drug Administration.

When Peter Pitts met cardiologist Robert Califf, he was struck by two thoughts: “Red hair, red moustache,” says Pitts, who was then an associate commissioner at the US Food and Drug Administration (FDA). “He really stood out in a crowd.”

But when Califf started to talk, Pitts was impressed by how everyone else fell silent to listen. “He doesn’t say things unless he has something to say,” says Pitts. “He has a reputation for not wasting people’s time.”

For the past week, people have had plenty to say about Califf. When FDA commissioner Margaret Hamburg announced on 5 February that she would resign in March, it rekindled familiar rumours that Califf — appointed a deputy commissioner at the agency late last month — was being groomed to take her place.

Califf, a soft-spoken Southerner with a passion for improving clinical trials, will take a leave of absence from Duke University in Durham, North Carolina, to step into the deputy commissioner post at the end of February. “He is a big get for the FDA,” says Ellen Sigal, founder and chair of Friends of Cancer Research, a think tank and advocacy group in Washington DC. “People are very excited about him coming.”

Sigal and others are enthused about Califf’s wide experience in running clinical trials at Duke, where he is currently vice chancellor of clinical and translational research. His earliest foray into large clinical trials was in the 1980s, at the behest of friend and fellow cardiologist Eric Topol, now at the Scripps Research Institute in La Jolla, California. The two met on medical fellowships at the University of California, San Francisco, where they played football in Kezar Stadium — or, as they affectionately called it, dog-shit field. (“If you stepped in the wrong place …” says Topol.)

Califf and Topol's collaboration led to a landmark study, codenamed GUSTO, of 'clot-busting' drugs given to heart-attack patients to break up blood clots. The study swelled to 41,000 patients from more than a thousand hospitals — with patients enrolled from every continent except Antarctica, says Topol. The trial showed that a clot buster made by Genentech of South San Francisco, California, reduced the risk of death following heart attack, and led to a change in treatment guidelines.

Califf went on to found and lead the Duke Clinical Research Institute, which now employs more than a thousand people who manage clinical trials.

That clinical-trial expertise will be a particular boon, says Sigal, because the FDA will increasingly be asked to adapt to the growing era of 'precision medicine' — treatments tailored to an individual patient’s specific characteristics, such as genetic makeup. Such therapies often call for a different approach to clinical trials, such as tailoring trials for smaller numbers of patients, and matching patients' genetic profiles to treatments.

“I think this is one of the few times in history where one could think about making major changes in how clinical trials are done,” says Califf, who points to the development of electronic medical records as one new tool that could be used to streamline clinical trials.

Califf’s work has also put him in close contact with the pharmaceutical industry. For some, those ties are likely to be too close for comfort. Public Citizen, a consumer activist group in Washington DC, has charged that the FDA under Hamburg — who launched an FDA initiative to speed particularly promising drugs through the review process — is too “cozy” with industry.

But that industry experience has given him a good understanding of how medical technologies are developed, says Califf. “I have spent a lot of time at the interface of industry and academia and the FDA,” he says. “I feel like that’s a good background for this kind of work.”

If Califf were appointed as the new FDA chief, he would have to be approved by Congress before he could take up the post. With elections looming and lawmakers heavily divided, it is hard to predict how they would vote. But Pitts, who is now president of the Center for Medicine in the Public Interest, a non-profit organization in New York, says that many in the FDA are eager to have Califf on board. “Let me put it this way,” he says. “Rob is one of the few guys I would go back to the agency for.”