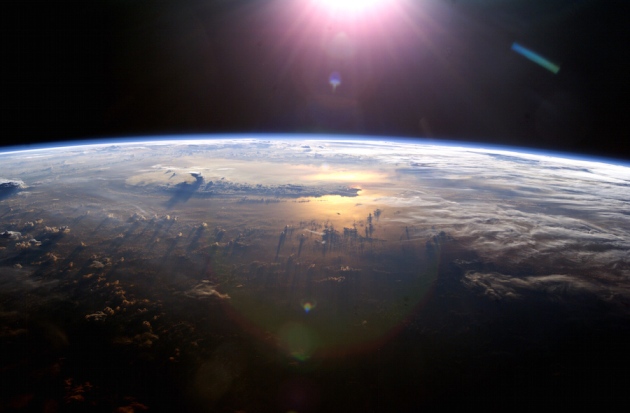 Injecting materials in the stratosphere is seen a desperate but feasible 'geoengineering' measure to counter the effects of global warming.

Climate scientists have thought up plenty of futuristic ways to cool the planet, but an analysis published on 26 October1 examines what may be their wildest idea yet: spraying tiny diamonds high into the atmosphere.

Researchers have for years discussed the merits of pumping water-based sulphate spray into the sky to reflect and scatter the Sun's energy — essentially, mimicking the cooling caused by volcanic eruptions. Like most kinds of geoengineering, the idea is highly controversial and so far untested.

How cities can beat the heat

But if anyone does try this 'solar-radiation management', then it may be safer to use dusts of solid, nanometre-sized particles, suggests a team of scientists from Harvard University in Cambridge, Massachusetts. In a paper published in Atmospheric Chemistry and Physics1, they calculate that nanoparticles of diamond or alumina (aluminium oxide) could be more effective and less environmentally damaging than sulphates. And although diamond dust is expensive, it is not completely out of the question, the researchers argue.

"Our paper is really geared towards removing the mindset that it has to be sulphate that's used to do solar radiation management," says Debra Weisenstein, an atmospheric modelling expert at Harvard and one of the study's authors.

Other researchers have proposed spraying solid dusts before2. But the latest study is the first to model the particles' effects in detail, Weisenstein says, by examining how they interact — both physically and chemically — with different substances in the atmosphere, and making the comparison with sulphates. 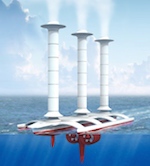 Climate tinkerers thrash out a plan

In the atmosphere, sulphates lead to the production of sulphuric acid, which damages the ozone layer. By absorbing certain wavelengths of light, they also heat up the lower stratosphere; that in turn could affect air-circulation patterns and climate. Sulphates would also diffuse light, an effect that could boost plant growth but would lower the power output of solar panels3.

Alumina and diamond dust both lead to fewer problems, says Weisenstein. “You could have significantly less impact on ozone, less heating of the stratosphere and less of an increase in diffuse light at Earth’s surface,” she says. That is because alumina and diamond do not result in the production of sulphuric acid, and they scatter and absorb particular wavelengths of light in a different way.

Besides analysing environmental effects, the paper also shows that, pound for pound, alumina dust would achieve a similar cooling effect to that of sulphate sprays — but that diamond dust would be at least 50% more effective.

Diamonds in the sky

Of course, spraying diamond dust into the sky would ring up a hefty bill. Diamond dust is less expensive than cut gemstones: tiny synthetic diamond particles are now available at less than US$100 per kilogram, the Harvard researchers note. But based on their paper's results, offsetting just a few percent of the energy trapped by human-emitted greenhouse gases would take hundreds of thousands of tonnes of dust annually. Although the Harvard researchers stress that they didn’t do a detailed cost analysis, at current prices that would still require billions of dollars each year.

Research on climate engineering: We must start now

However, Weisenstein is adamant that the ultimate cost would be lower. "Once this can be scaled up to make the right quantities, you assume the price is going to drop," she says. "Trying to estimate based on how much diamond costs currently is not particularly useful."

And David Keith, a climate scientist also at Harvard and another of the paper's authors, says he does not think even today's costs would be prohibitive. By 2065, he says, with 10 billion people on the planet, the cost might be on the order of $5 per person to pump up some 450,000 tons of diamond dust.

Still, the Harvard team is focusing on alumina right now, Weisenstein says, because it’s easier to make and its chemical behaviour has been better studied.

The scientists warn, however, that both alumina and diamond nanoparticles carry unknown risks. Sulphates are reasonably well understood, thanks to research on volcanoes. By contrast, the chemistry of the solid particles — such as how their surfaces catalyse chemical reactions — is not as clear, although the Harvard researchers are doing lab tests to remedy that.

The study "strongly suggests" that such solid dusts could significantly lower some of the risks associated with sulphates, says Matthew Watson, a volcanologist at the University of Bristol, UK, who was the principal investigator on one cancelled small-scale geoengineering experiment, the Stratospheric Particle Injection for Climate Engineering project, or SPICE. But he suspects that the unknown risks and lack of any natural analogue will make solid dusts even less popular with the public than are sulphate sprays.