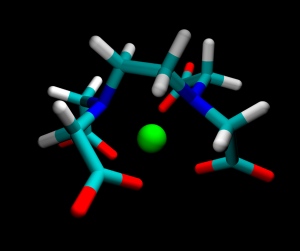 With millions of Americans regularly using complementary medicines, researchers usually applaud efforts to test and debunk folk treatments such as echinacea, a herbal supplement often deployed against the common cold. But what if a trial shows that an alternative therapy might work?

That is the case for a study funded by the US National Center for Complementary and Alternative Medicine (NCCAM), part of the National Institutes of Health (NIH) in Bethesda, Maryland. The trial hints that a fringe therapy intended to sop up metal ions in the blood might reduce participants’ risk of heart attack. Critics are attacking both the rigour of the study and the records of some of its investigators, complicating the NCCAM’s efforts to answer charges from some researchers that it funds quackery, and raising questions about whether the centre’s US$128-million annual budget is being spent wisely.

The Trial to Assess Chelation Therapy (TACT) was a 10-year, $31.6-million study involving 1,708 participants at 134 centres. It aimed to test whether weekly infusions of a salt of ethylenediaminetetraacetic acid (EDTA) can lower the risk of repeat heart attacks. EDTA is a chelating agent: the molecule is peppered with electron-rich nitrogen and oxygen atoms, which can grab and hold onto positive metal ions (see picture). The US Food and Drug Administration has approved one salt, calcium disodium EDTA, to treat lead poisoning.

Proponents of chelation therapy for heart disease initially speculated that EDTA could also cleanse the blood of calcium ions, a component of the atherosclerotic plaques that block blood vessels. But evidence against that hypothesis led them to suggest alternative mechanisms, for example that the molecule captures other metals, preventing heart-damaging inflammation. In spite of the uncertainty, the treatment is already big business: a 2007 US government survey estimated that, every year, 110,000 Americans undergo chelation therapy, which can cost thousands of dollars per course.

According to TACT, which the NCCAM co-funded along with the National Heart, Lung, and Blood Institute (NHLBI), the therapy shows signs of working. On 4 November at the annual meeting of the American Heart Association in Los Angeles, California, trial leaders reported that 26% of patients who received infusions of disodium EDTA went on to suffer a heart attack, stroke or other heart problem, compared with 30% of patients on a placebo — a statistically significant difference.

Many medical researchers were quick to question the results. Perplexingly, the benefit was observed only among participants with diabetes, and 30% of participants dropped out of the trial, undermining comparison between the treatment and placebo. Critics also note that nearly two dozen trial co-investigators have been disciplined by state medical boards for infractions ranging from insurance fraud to providing ineffective treatments. “They offer aromatherapy, crystal therapy and every imaginable wacky form of medicine. You can’t do high-quality research at sites like that,” says Steven Nissen, a cardiologist at the Cleveland Clinic in Ohio. “We wasted $30 million and 10 years on an unreliable study.”

Kimball Atwood, an anaesthesiologist at Tufts University School of Medicine in Boston, Massachusetts, and one of TACT’s most vociferous critics, argues that the trial has been troubled from the beginning. In a paper titled ‘Why the NIH Trial to Assess Chelation Therapy (TACT) should be abandoned’ (K. C. Atwood et al. Medscape J. Med. 10, 115; 2008), he claimed that trial proponents had mischaracterized earlier studies of chelation therapy by suggesting that their results were equivocal and necessitated a larger follow-up. Atwood says that the earlier studies in fact found that the treatment was ineffective at preventing heart attacks.

In 2008, TACT was suspended after regulators learned that subjects were not being given calcium disodium EDTA, as implied on informed-consent forms — instead, they were being infused with the slightly different salt disodium EDTA, for which the FDA had revoked approval. The trial resumed after consent forms were reworded to include warnings, such as “death is a rare complication of EDTA infusions”.

Josephine Briggs, director of the NCCAM, declined to comment on TACT until the results are published in a journal. The principal investigator, cardiologist Gervasio Lamas of Mount Sinai Medical Center in Miami Beach, Florida, says that the study’s findings were a surprise and deserve following up. He adds that the trial consent forms were approved by the NIH and multiple institutional review boards. Gary Gibbons, director of the NHLBI, says that his institute stands by the study’s methodology.

But critics charge that TACT is simply the latest example of dubious research into unproven therapies supported by the NCCAM. Some argue that even high-quality studies would have little value, because negative results are unlikely to sway ardent practitioners. “Show me one alternative medication or procedure that was studied, found to not work, and was abandoned by practitioners. I’m not aware of any,” says Steven Novella, a neurologist at Yale University in New Haven, Connecticut. Briggs, who previously led the NIH’s kidney-disease research, points out that echinacea sales fell after an NCCAM-funded study showed it was ineffective against colds (R. B. Turner et al. N. Engl. J. Med. 353, 341–348; 2005). With the centre’s research showing that Americans spend about $34 billion on alternative medicine each year, “we think it’s really important to bring some science into this”, she says.

Briggs adds that the NCCAM’s critics often misrepresent the centre’s research, focusing on studies of herbal supplements such as lavender oil but ignoring multi­million-dollar grants for more-mainstream science. Among the largest studies funded by the centre this year are a computational analysis of the human microbiome and an effort to use brain imaging to understand and treat chronic back pain.

Novella and other NCCAM critics do praise Briggs for bringing increased accountability to the centre, and for boosting the rigour of the research it funds. But “even if you did pristine research under the NCCAM”, says Novella, “it’s what you’re studying that is the problem”.