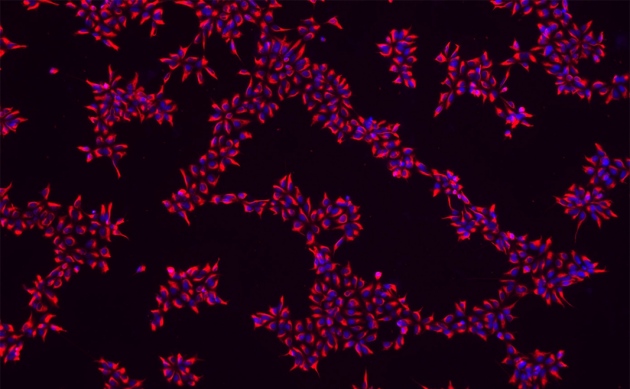 When California voters approved US$3 billion in funding for stem-cell research in 2004, biologists flocked to the state, and citizens dreamed of cures for Parkinson’s disease and spinal-cord injuries. Now, the pot of money — one of the biggest state investments in science — is running dry before treatments have emerged, raising questions about whether Californians will pour billions more into stem-cell research.

If they don’t, that could leave hundreds of scientists without support, and strand potentially promising therapies before they reach the market. “It’s an issue of great concern,” says Jonathan Thomas, chair of the board for the California Institute for Regenerative Medicine (CIRM) in Oakland.

CIRM is now doling out its final $650 million, and its leaders are seeking money from the private sector to carry projects beyond 2020, when the money will run out. Advocates are  also surveying voters to determine whether a new request for funding stands a chance in state elections next year. But critics argue against this way of funding research.

California voters saw major opportunities for stem cells in 2004 when they passed Proposition 71, which included an agreement to create the corporation that became CIRM. The move was a reaction to then-US president George W. Bush’s decision in 2001 to restrict federal funds for work on human embryonic stem cells.

Since CIRM rolled out its first grants in 2006, it has funded more than 750 projects and reported alluring results from clinical trials. In March, a trial partially funded by CIRM showed that nine out of ten children born with severe combined immunodeficiency — or ‘bubble-boy disease’ — a potentially lethal condition in which a person’s immune system does not function properly, were doing well up to eight years after treatment (K. L. Shaw et al. J. Clin. Invest. http://doi.org/b6bp; 2017). They no longer need injections to be able to go to school, play outside or survive colds and other inevitable infections.

A dozen facilities constructed by CIRM have helped to push California to the forefront of research on ageing and regenerative medicine. Many grant recipients were early-career academics who had not been able to enter the stem-cell field previously because of the federal restrictions — which were loosened in 2009 — and the high cost of getting started in this kind of work. That barrier makes it difficult for researchers to gather the preliminary data typically required to win grants from the US National Institutes of Health (NIH).

To milk its remaining $650 million, CIRM partnered last year with the contract-research organization QuintilesIMS in Durham, North Carolina, to carry out clinical trials. CIRM leaders hope that this move will help to guide 40 novel therapies into trials by 2020.

Bob Klein, the property developer who put Proposition 71 on the ballot and established CIRM, isn’t waiting for the money to run out. He leads an advocacy group, Americans for Cures, which will soon poll voters  to see whether they would approve another $5 billion in funding. If it looks like at least 70% of Californians support that plan, he’ll start a campaign to put another initiative on the ballot in 2018.

Klein hopes that Californians will rise in support of science at a time when the Trump administration has proposed drastic cuts to the NIH budget. If public enthusiasm is not so strong, Klein says, he’ll aim for the 2020 elections, when voter turnout should be higher because it will coincide with the next presidential race.

Currently, CIRM’s leaders are seeking other sources of support. “The majority of our projects will not be ripe for interest from big pharma and the venture-capitalist community by the time we run out of funds,” Thomas says. He has been courting large philanthropic foundations and wealthy individuals to raise money to continue the work.

John Simpson, who directs stem-cell oversight work at the advocacy group Consumer Watchdog in Santa Monica, California, plans to oppose any effort to extend CIRM. “I acknowledge their scientific advances, but we should not let a flawed process go further,” he says. Simpson dislikes the model of using a vote to secure research funding through public bonds, because then the state lacks budgetary control.

Oversight of CIRM has been a problem in the past. In 2012, the US Institute of Medicine found that some scientists vetting grant proposals for CIRM had conflicts of interest. In response, CIRM altered its procedures — but the public still felt betrayed. Jim Lott, a member of the state board that oversees CIRM’s finances, says that he is not satisfied with the changes. He also argues that CIRM may not have been strategic enough in directing research. “Some people say if they had a better focus, they might have achieved cures.”

But researchers argue that expectations for cures after only a decade are unrealistic, given the typical pace of drug development. “It would be a catastrophe for California if people say CIRM did not do what it was expected to do,” says Eric Verdin, president of the Buck Institute for Research on Aging in Novato, California. “They’ve built the foundation for the field and attracted people from around the world — you can’t just now pull the plug.”

An earlier version of this story erroneously located John Simpson in Washington DC.