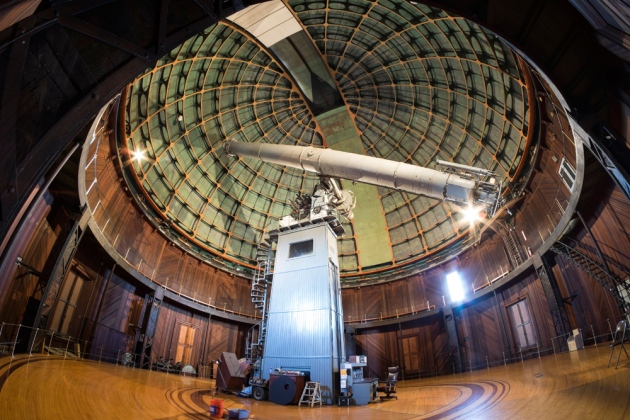 The Lick Observatory, which began operating in 1888, was the first permanent mountaintop observatory.

The University of California (UC) system has reversed its decision to pull funding from Lick Observatory, ending a year of budgetary angst for the astronomical research site atop Mount Hamilton in California.

“Now we can get over this hanging on by our fingernails,” says Claire Max, an astronomer at the university’s Santa Cruz campus and interim director of UC Observatories, which runs Lick. “We all have a future now.”

The 29 October decision caps several years of bitter battles between UC astronomers, who are spread among the state’s flagship campuses, and the university president’s office in Oakland. In September 2013, the president’s office said that it was following expert advice when it ordered UC Observatories to find outside funding and management for Lick and to begin transitioning it away from UC monies by 2017.

UC Observatories spends US$5 million a year on research, development and staff associated with Lick, the twin 10-metre telescopes at the Keck Observatory in Hawaii and the Thirty Meter Telescope under construction next to Keck. Roughly $1.5 million of that goes to Lick, which is home to a new 2.4-metre, automated planet-finding telescope and an older 3-metre telescope with modern instrumentation.

UC astronomers often use Lick as a test bed to develop technologies for the Keck telescopes. And because observing time at Keck is in high demand, having access to Lick enables scientists to do projects that require frequent observations, and helps graduate students to develop their observing skills, Max says. “They really cut their teeth learning how to do astronomy in a practical way at Lick,” she says.

Lick also has historic value. It was the first permanent mountaintop observatory when it opened in 1888, and its domes are an iconic part of the Silicon Valley landscape. At Lick, UC astronomers perfected techniques to find some of the first extrasolar planets, and studied exploding stars to help confirm that the expansion of the Universe is accelerating — a finding that won the 2011 Nobel Prize in Physics.

The university’s decision last year to pull its support outraged many astronomers and members of the public. The Save Lick initiative eventually enlisted 35 members of the US Congress, among others, to complain to UC president Janet Napolitano.

In announcing the reversal, provost Aimée Dorr said that the president's office recognized the strong support for Lick to remain part of the UC system. Max and Dorr had hammered out budgetary details in recent months, including the possibility of getting private funding to help support Lick's historic and educational roles. Asking for donations will be easier now that UC has expressed its support to keep Lick, Max says.

But the path ahead will not be easy. Garth Illingworth, an astronomer at UC Santa Cruz, says that the UC Observatories are suffering from low budgets overall. He argues that they need around $8 million a year — an increase of roughly $3 million — to meet UC’s obligations for Lick, Keck and the Thirty Meter Telescope.

”With the right people fighting the good fight, as it were, the UC astronomy programme can recover,” Illingworth says. “But it will require the university to step up to the plate on the money side.”

And a broader question remains for ground-based astronomy more generally — of whether and how to pay for older telescopes while investing in building new ones.

For Lick, at least, that crisis has been pushed off for a bit. “We’re trying to look forward instead of looking back,” Max says.