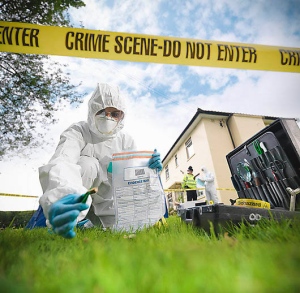 Crimes may be going unsolved because of weaknesses in the UK's forensics system, warns the new report.

UK government failures over forensic science are leading to fragmentation, research gaps and possibly even miscarriages of justice, according to a parliamentary inquiry on the subject.

Crimes including rape and murder may be going unsolved because of such issues, the House of Commons science and technology select committee heard from leading forensic scientists.

And the opposite is also likely, says Andrew Miller, the committee's chairman, warning of "the risk of people being convicted improperly because of the weakness of the system”.

Controversy has raged over forensic science in the United Kingdom since it was announced in 2010 that the government-owned Forensic Science Service (FSS) would be closed. The select committee held an investigation into the issue in 2011, but their latest report revisiting the subject airs the most strident criticism to date.

Released today, the committee’s report lists a series of failures, including mishandling of the final closure of the FSS in March 2012, a lack of coherent archiving for materials from investigations, police laboratories not reaching quality standards and a continued failure to address chronic problems in funding for forensic-science research.

Since the closure of the FSS, its forensic work has been conducted by private companies or in-house by police forces themselves.

“There are serious problems on the horizon if we don’t get to grips with some of these issues,” says Miller. “The loser will be the criminal-justice system.”

Some of the inquiry’s most damning criticisms are reserved for Jeremy Browne, the minister of state for crime prevention, who had “little understanding of the subject” when he gave evidence to the inquiry, according to the report. The authors write: “[Browne] responded to most of our questions with inexact analogies, rhetorical questions and politically divisive or vague comments”.

The report points out that it is extremely difficult for UK researchers to obtain funding for forensic work — a complaint aired often in the past. The committee calls for the nation’s research councils, which distribute most government funding for science, to make forensics a priority. The lack of a coherent strategy for research hampers the development of new technologies and techniques, as well as the adoption of new technologies developed elsewhere, the committee warns.

“The research councils themselves need to bite the bullet and focus on what they can do to help,” says Miller.

Martin Evison, director of the Northumbria University Centre for Forensic Science in Newcastle, UK, and one of the witnesses to the inquiry, says that there is a certain amount of polemic around the subject in the United Kingdom, owing to unhappiness over the fate of the FSS. But he agrees that it has been always a struggle to get research funding for forensic science from the conventional sources, which creates problems for the justice system.

“The public needs to be aware that policy-makers rather neglect forensic science and medicine,” he says. “But we have to remember that in a democratic society, the liberty of the individual is the thing on which the whole society rests. If we neglect the things that protect our liberty, we do so at our peril.”

In a statement, the Home Office said it was “bringing together the police and industry experts to keep the UK at the cutting edge of forensic and biometric technology” and would ensure police forces “have access to the best possible forensics services”.

Nature has requested comment from the research councils but had not heard back at the time of press.