Badger blitz A controversial badger cull has begun in the United Kingdom, it was reported on 27 August. The move is aimed at stemming the spread of bovine tuberculosis (TB), which badgers (Meles meles) can carry and pass to cattle. Farmers will be allowed to kill around 5,000 badgers over 6 weeks in the English counties of Gloucestershire and Somerset. The cull has angered animal-rights campaigners, and some scientists have argued that it will not significantly reduce TB in cows. The UK government says that previous trials and successful culls in other countries support the campaign (see Nature 490, 317–318; 2012).

Bee rift deepens The European Commission is facing legal action over its decision to temporarily ban the use of three neonicotinoid insecticides linked to declines in bee populations. On 27 August, agricultural company Syngenta in Basel, Switzerland, said it was challenging the commission’s ban on thiamethoxam. Bayer CropScience of Monheim am Rhein, Germany, has also filed legal action on that ban, as well as on restrictions on clothianidin and imidacloprid. The commission moved to ban all three chemicals for two years in May, following a review by the European Food Safety Agency. See go.nature.com/df6hdp for more.

Marijuana truce The US government will no longer interfere when states legalize marijuana for medical or personal use. The substance is illegal under federal law, but some states permit medical use, and last year, Colorado and Washington became the first to legalize recreational use by those aged 21 and older (see go.nature.com/rtr3ou). The US Department of Justice said on 29 August that it would not challenge states’ decisions to regulate marijuana production, sales and distribution, provided that the states impose strict law-enforcement controls. 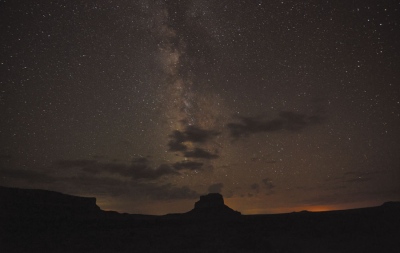 New Mexico’s dark skies honoured One of North America’s most famous archaeoastronomy sites has been honoured for its efforts to preserve the night sky for future sky-watchers. On 28 August, the Chaco Culture National Historical Park in New Mexico was formally designated a Dark Sky Park by the International Dark-Sky Association in Tucson, Arizona. Chaco joins 11 other sites that restrict light pollution and protect high-quality astronomical observations. The area was a major centre for the ancestral Pueblo cultures between about ad 850 and 1250, and the hill Fajada Butte (pictured) in the park is known for carvings that may have been used to mark solstices and equinoxes. Other archaeoastronomy features at the park include a pictograph that is thought to depict the ad 1054 supernova that formed the Crab Nebula.

Japan’s rocket woes The Japan Aerospace Exploration Agency is investigating a failure that halted the launch of the Epsilon-1 rocket 19 seconds before take-off on 27 August. It had been hoped that the three-stage, 24-metre rocket would vault Japan into the lucrative satellite-launch industry. But the lift-off from the Uchinoura Space Center, which had already been postponed from 22 August, was cancelled, grounding the rocket and its cargo — a space telescope intended to observe planets including Venus, Mars and Jupiter.

Fukushima fixes The government of Japan vowed on 3 September to spend billions of yen safeguarding the stricken Fukushima Daiichi nuclear plant following a series of dangerous — and embarrassing — radioactive leaks. Taking control of the clean-up operation, ministers said that they would spend some ¥47 billion (US$470 million) freezing the ground around the plant’s perimeter and making repairs to water storage tanks, the source of the leaks. The news comes days after Fukushima’s operator, the Tokyo Electric Power Company, admitted that one leak at the plant was 18 times more radioactive than first thought. See go.nature.com/yc4rxa and page 5 for more.

Chemical weapons The World Health Organization (WHO) on 27 August issued revised guidelines for treating victims of chemical exposure. Released as a draft, the guidance updates existing recommendations for identifying and categorizing patients, and protecting health-care workers from contamination. The agency had been working on the revisions since 2012, but rushed them out in response to the suspected use of chemical weapons in Syria last month.

China Moon rover China will launch its first Moon lander at the end of the year, the state news agency Xinhua reported on 28 August. The Chang’e-3 mission will carry a rover and other equipment to analyse the lunar surface and to make space observations. China launched lunar orbiter Chang’e-1 in 2007, and carried out high-resolution mapping of the Moon with orbiter Chang’e-2 in 2012. Chang’e-3 is slated to launch at the end of the year from the Xichang Satellite Launch Center in southwest China.

Green institute The Helmholtz Institute for Renewable Energy in Erlangen, Germany officially came into being on 1 September, following an initial cooperative agreement last month between national research centres in Jülich and Berlin, and the Friedrich Alexander University of Erlangen-Nuremberg. The partners have committed a total of €5.5-million (US$7.3-million) per year, and the state of Bavaria will contribute €38 million for initial building and operational costs. With plans to develop advanced solar and hydrogen-based energy-storage technologies, the institute will support Germany’s ambitious programme to replace fossil fuels with renewable sources of energy (see Nature 496, 156–158; 2013). 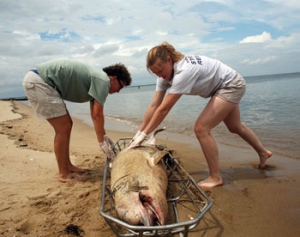 Dolphins infected An outbreak of a virus is thought to have caused mass strandings of bottlenose dolphins (Tursiops truncatus, pictured) between New York and North Carolina. On 27 August, the US National Oceanic and Atmospheric Administration said that 333 dolphins had beached themselves since 1 July, and that of 33 animals examined, 32 showed signs of antibodies to cetacean morbillivirus, a cousin of the pathogen that causes measles in humans. Agency scientists estimate that the outbreak could last for a further several months.

Italians honoured Particle physicist and Nobel prizewinner Carlo Rubbia and stem-cell researcher Elena Cattaneo have been made permanent members of Italy’s parliament by President Giorgio Napolitano. Each Italian president is empowered to appoint up to five senators for life, for “their outstanding achievements in the social, scientific, artistic and literary fields”, but scientists have rarely been awarded this privilege. Cattaneo has taken a strong public position against a controversial, unproven stem-cell therapy known as the Stamina method, for which parliament had agreed in May to fund a trial.

Funding fall-out Many US scientists are spending more time chasing less grant money than they were three years ago, according to a survey released on 29 August by the American Society for Biochemistry and Molecular Biology in Rockville, Maryland. The study examines the impact of declines in government science funding since 2010 — including this year’s across-the-board cuts known as sequestration. Of the 3,731 researchers who responded to the online survey, just over half reported turning away promising potential lab members for financial reasons. Budget pressures have driven 18% to consider moving to another country to pursue research.

Brain-injury fund The US National Football League (NFL) has agreed to a US$765-million legal settlement with more than 4,500 former players who say that the league ignored or concealed known risks of concussion-related injuries, including depression and early onset of dementia. US judge Anita Brody, who must still approve the settlement, announced the terms in court documents filed on 29 August. In addition to concussion-related compensation and legal expenses, the money will go towards medical exams and a medical-research programme for retired NFL players and their families. 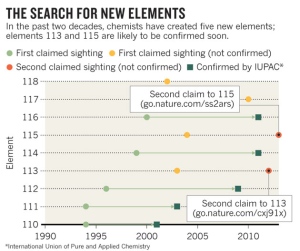 Researchers in Sweden have reported strong evidence for the formation of element 115, temporarily called ununpentium. The team detected radioactive-decay products that may have originated after element 115 formed from the collision of calcium ions with americium nuclei (see go.nature.com/ss2ars). The claim follows a possible sighting of the element in 2004 by scientists in Russia; the International Union of Pure and Applied Chemistry, which names elements, has yet to rule on it.

6 September
NASA’s Lunar Atmosphere and Dust Environment Explorer (LADEE) launches from Wallops Flight Facility in Virginia. The mission will orbit the Moon to study the structure and composition of its atmosphere. See go.nature.com/ns43sq for more.