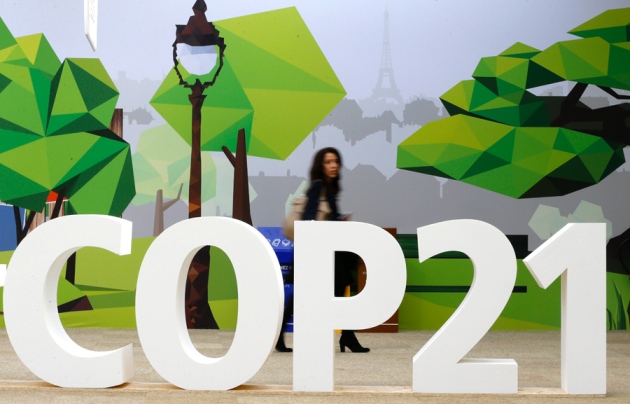 The Paris climate talks are set to end on 11 December. Will negotiators make their deadline?

It's crunch time at the UN climate talks in Paris, and negotiators have released a new and shorter draft of a global deal to reduce greenhouse-gas emissions. But observers worry that nations rushing to meet their self-imposed 11 December deadline for a deal will leave major questions unaddressed.

“Things are running suspiciously on time,” says Samantha Smith, who heads the Global Climate and Energy Initiative for the environmental group WWF in Oslo. Negotiators "may create some drama at the end just so everybody feels like they had to work for it, but it looks like they have a landing space", she adds.

Minutes before the new draft was released, US Secretary of State John Kerry delivered a soaring address calling for an “ambitious, inclusive and durable” global climate agreement. To sweeten the deal, Kerry said the United States would double its grant-based funding — currently estimated at more than US$400 million annually — to help developing countries adapt to climate impacts. “Our task is clear,” Kerry said. “Our moment is now, let’s get this job done.”

Paris negotiators plan to release their next, and nearly final, draft on 10 December. That would leave time to iron out details and get the text translated into five languages prior to final adoption on 11 December. Nature looks at some of the agreement's key provisions, and how they have changed — or not — since the last draft.

1. The ultimate goal is still up in the air

The official UN goal is to limit global warming to 2 °C above pre-industrial temperatures, but many island states and other vulnerable countries are pushing for a more ambitious goal: 1.5 °C. A 5 December draft of the Paris agreement included options to limit warming to “below 1.5 °C” or “well below 2 °C”. The new draft does not resolve this crucial question, but it includes both options from the earlier text.

Countries have also yet to make a decision on whether to include a parallel goal to 'decarbonize' the global economy by the end of the century.

2. Also undecided: when the Paris agreement will take effect

Negotiators have yet to decide whether 50 or 60 countries would be required to formally accept or ratify the Paris agreement before it would take effect. Also in dispute is a provision in the draft that says the agreement would not take effect before 1 January 2020.

Another big question is how and when to push countries to increase their individual commitments to reduce greenhouse-gas emissions. The new draft, like the old one, calls for a “facilitative dialogue” in either 2018 or 2019. “The point is that they have to come back before 2020 and put more targets forward,” says Keya Chatterjee, executive director of the US Climate Action Network in Washington DC.

Negotiators are also debating whether countries will review their collective climate pledges in 2023 or 2024, but the current draft calls for a five-year review cycle thereafter.

Much of the debate over the past 10 days has focused on the financial commitments that developed countries will make to developing countries. Six years ago at the summit in Copenhagen, wealthy countries committed to increase public aid and private investments to $100 billion per year by 2020. But one of the thorny questions here in Paris has been what happens after 2020. Many developing countries want language suggesting that “finance shall be scaled up from a floor of US$100 billion,” but the latest text on finance does not settle the issue.

The Paris climate talks are hurtling to the finish line — but what's in the draft that negotiators are haggling over? What's an "option" and what's a "bracket"? In this Nature Video, we take a look at a single paragraph to find out more about the evolving text, with a little help from John O. Niles from the University of California, San Diego.

4. All countries will be required to provide regular updates on their emissions output

The United States and other developed nations have pushed to create a uniform system for monitoring greenhouse-gas emissions. The updated text resolves some disputes by requiring all countries to regularly provide information such as greenhouse-gas inventories, progress reports on efforts to reduce emissions and details on support that is provided to or supplied by other countries.

Developing countries are pushing for a “climate change displacement coordination facility” — a fund that would be designed to deal with the unavoidable impacts of global warming. Although developing nations have dropped their demands to include a provision for economic “compensation”, developed countries continue to object to any reference of “loss and damage” out of fear that it could eventually lead to calls for compensation. The latest text does not resolve this issue.

“Rich countries are creating a boogeyman that doesn’t exist,” says Julie-Ann Richards, manager of international policy at the Climate Justice Programme, an environmental group based in Australia. “What we need is a process to work out how we address irreversible and permanent damage.”