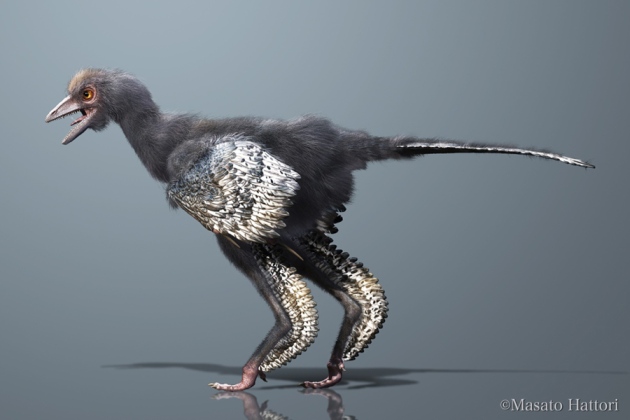 The half-metre tall Aurornis xui, which lived in China some 150 million to 160 million years ago, is believed to be the earliest known member of the bird family tree.

A Jurassic fossil that had been languishing in the archives of a Chinese museum may qualify as the first known bird, researchers say. If they are right, it could mean that flight evolved in dinosaurs only once, in the lineage that led to modern birds.

The single specimen of Aurornis xui was unearthed by a farmer in China's Liaoning Province and had been unidentified until palaeontologist Pascal Godefroit found it last year in the museum at the Fossil and Geology Park in Yizhou.

The specimen measures about half a metre from the tip of its beak to the end of its tail. The feathered dinosaur, which lived some time between 150 million and 160 million years ago, had small, sharp teeth. It also had long forelimbs that presumably helped it to glide through Jurassic forests.

“In my opinion, it's a bird,” says Godefroit, who is at the Royal Belgian Institute of Natural Sciences in Brussels. “But these sorts of hypotheses are very controversial. We’re at the origins of a group. The differences between birds and [non-avian] dinosaurs are very thin.” Godefroit and his colleagues describe the fossil in a paper published on Nature's website today1.

Godefroit says that Aurornis probably couldn’t fly, but that it's hard to be sure because the feathers of the fossil are not well-preserved. Instead, he says, it probably used its wings to glide from tree to tree. But, Godefroit says, several features, including its hip bones, clearly mark it out as a relative of modern birds. 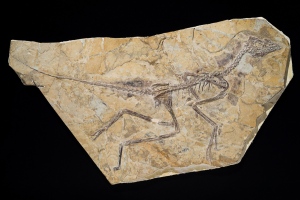 The Aurornis specimen had lain unidentified in a Chinese museum's archives until it was found by a palaeontologist last year.

The once sharp line between dinosaurs and birds has become blurrier in recent years as new feathered fossils have surfaced in China. Godefroit sees a clear continuum from Aurornis to the more advanced Archaeopteryx, whose own place on the avian family tree has long been a matter of controversy.

Godefroit and his colleagues contend that Aurornis is the oldest known member of the Avialae, the group that includes every animal that is more closely related to modern birds than to non-avian dinosaurs such as Velociraptor. With Aurornis rooted at the base of the avian tree, the researchers place Archaeopteryx further up the trunk, firmly within the Avialae lineage, and not with the non-avian dinosaurs as other researchers recently suggested2.

Godefroit notes that putting Archaeopteryx back within the bird lineage means that powered flight need have evolved only once among birds and dinosaurs. If Archaeopteryx, with its relatively well-developed wings, was more closely related to Velociraptor than to birds, powered flight would have had to evolve twice.

Not everyone is convinced of Aurornis’s primacy. Luis Chiappe, director of the Dinosaur Institute at the Natural History Museum of Los Angeles in California, believes that Archaeopteryx is still the oldest known creature that deserves the title of 'bird'. Aurornis, he says, “is something that’s very close to the origin of birds, but it’s not a bird”. But, he adds, it is a “great, interesting specimen that pushes our understanding of the evolution of birds back another 10 million years”.

Godefroit says that such institutions such as the museum in Yizhou hold hundreds of yet-to-be described specimens that could further illuminate the picture of avian evolution. “The biodiversity of these small, bird-like dinosaurs was incredible,” he says.