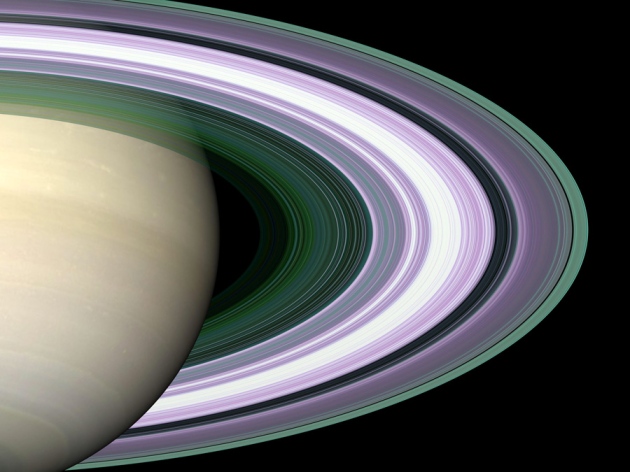 Scott Guzewich spent six years as a weather forecaster in the US Air Force before switching to his dream career as a planetary scientist. Guzewich now studies the Martian atmosphere as a postdoctoral fellow at NASA’s Goddard Space Flight Center in Greenbelt, Maryland.

But Guzewich’s dream job may be turning into a nightmare. On 3 December, NASA’s planetary science division announced a restructuring of how it funds its various research and analysis programmes. And what sounded like a bureaucratic shuffle touched a raw nerve among US planetary scientists, who already feel singled out in an era of shrinking budgets.

In particular, a newly formed research programme that will cover roughly half of all planetary science proposals will not be calling for new grant submissions in 2014. Researchers who draw the bulk of their salaries from grants will have no place to apply.

“Now I have to basically skip 2014 and submit in 2015,” says Guzewich. “If nothing gets funded in that call, then I guess it’s time for me to go to Walmart.”

Almost all US planetary scientists are funded, at least in part, by NASA’s US$1.2-billion planetary sciences division. Many older and more established researchers get money from individual missions such as the Mars Curiosity rover or the Cassini Saturn probe. Younger scientists, such as Guzewich, must rely more heavily on the roughly $250-million pot known as the research and analysis budget. This is the money designated to scientists exploring the data streaming back from planetary missions. According to a 2010 survey by the Planetary Science Institute in Tucson, Arizona, nearly half of US planetary scientists depend on this programme for more than half of their salaries.

The restructuring, described in a virtual town-hall meeting organized by NASA managers, came as a shock to many. “People are afraid that their jobs are going away,” says Britney Schmidt, a planetary scientist at the Georgia Institute of Technology in Atlanta. “It’s terrifying.”

The biggest and potentially most popular of the new areas is Solar System workings. But at the town-hall meeting, NASA’s Jonathan Rall said that funding proposals in this field are not likely to be due until February 2015. That was the last straw for many researchers who live from grant to grant, because most of their existing funding is likely to expire well before money becomes available for the new Solar System workings area.

Outraged scientists vented their frustration in the comments section of the meeting website and on Twitter. “People are upset with not knowing where their next paycheck is going to come from, how they’re going to pay the mortgage,” says Schmidt.

Much of the anger stems from larger and more profound funding problems facing NASA planetary sciences. In 2012, the division received $1.5 billion from the government; this year, the administration of Barack Obama requested almost $300 million less in its funding request to Congress. The final numbers, as agreed by legislators, bumped the division's funding back up slightly.

James Green, head of planetary science at NASA, points out that the division is tugged in many different directions. Each year, for instance, it sends $50 million to the US Department of Energy to help produce plutonium to power future Solar System missions. Congress also likes to dabble in setting planetary sciences priorities; for the last several years, a group of legislators led by Representative John Culberson (Republican, Texas) has ordered NASA to continue working on a mission to Jupiter's moon Europa. Across-the-board cuts known as sequestration have also nibbled away at planetary science budgets.

The result is more priorities scrabbling for a piece of a shrinking budgetary pie. Next year, a high-level NASA review is likely to have to decide between shutting down either the Mars Curiosity rover or the Cassini mission to Saturn. Both are successful missions that cost around $60 million a year, a level that Green has said the division simply cannot afford for the long term.

Green responded to the community's angst in a statement emphasizing future missions such as the New Horizons probe, which will reach Pluto in 2015, and a Mars rover that is due to launch in 2020. “NASA’s commitment to planetary exploration research and analysis activities will remain strong with no lessening of our resolve to continue to lead the world in this area while reflecting fiscal realities,” he said.

Mark Sykes, director of the Planetary Science Institute, does not buy that argument. “The restructuring of the research programmes is major and done in a way that a lot of scientists are at risk of having to look for other work,” he says. “This has not been well thought through.”

For early-career researchers such as Guzewich, it may be too late. “I always wanted to be a planetary scientist, and I want to keep doing it,” he says. “I picked a really lousy time to do it — but it was the only time I had.”