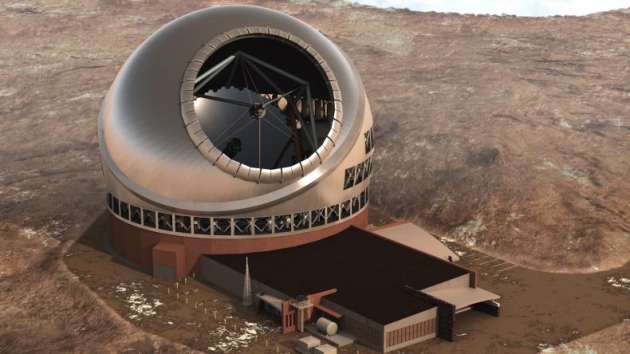 The controversial Thirty Meter Telescope (TMT) should be built atop the sacred Hawaiian mountain of Mauna Kea as planned — but one-quarter of the 13 telescopes already there need to be taken down by the time the TMT starts operating in the mid-2020s, Hawaii’s governor David Ige said on 26 May.

Ige’s long-awaited statement aims to break the impasse between the TMT project, which halted construction in early April after protests broke out, and Native Hawaiians, who see the telescope — bigger than any on Mauna Kea so far — as the latest violation of an important cultural site.

The governor laid out sweeping changes to how Mauna Kea will be managed in the future. “We have in many ways failed the mountain,” he said. “We have not done right by a very special place.”

The shift could significantly affect astronomers who use the world-class facilities atop Mauna Kea, which include the twin 10-metre Keck telescopes as well as the 8-metre-class Gemini Northern and Subaru telescopes. The first astronomical observatories were built on Mauna Kea starting in the 1960s.

Perhaps most significantly, “the university must decommission as many telescopes as possible, with one to begin this year and at least 25% of all telescopes gone by the time the TMT is ready for operation,” Ige said. The first to go will be the Caltech Submillimeter Observatory, whose closure was announced in 2009; it will start to be dismantled later this year.

But none of the other 12 telescopes had immediate plans to shutter. The submillimetre-wavelength James Clerk Maxwell Telescope is just beginning a new life under the operation of the East Asian Observatory. The 3.8-metre United Kingdom Infrared Telescope was similarly transferred from the UK’s Science and Technology Facilities Council to the University of Hawaii in Manoa last year.

“This is all new to us,” says Peter Michaud, a spokesman for the Gemini Observatory based in Hilo, Hawaii. “Until we learn more about it, we’re not really able to say much of anything.”

A 2010 plan commissioned by the university lays out a framework for how various observatories could be taken down. The governor's announcement is likely to accelerate those scenarios, says Günter Hasinger, director of the University of Hawaii's Institute for Astronomy in Manoa. “In principle this is nothing new,” he says. “We have always made the point that the space on top of the mountain should only be populated by the best telescopes.”

Ige’s changes all push toward reducing impact on the mountain’s 4,200-metre summit. The University of Hawaii leases more than 45 square kilometres as a science reserve. The current lease is good until the end of 2033, but Ige said that when that is up the university must return more than 40 square kilometres — all the land not needed for astronomy — to the state’s Department of Land and Natural Resources. The university must also agree that the TMT location, which is a few hundred metres below the actual summit, is the last area on the mountain where any telescopes will ever be built. 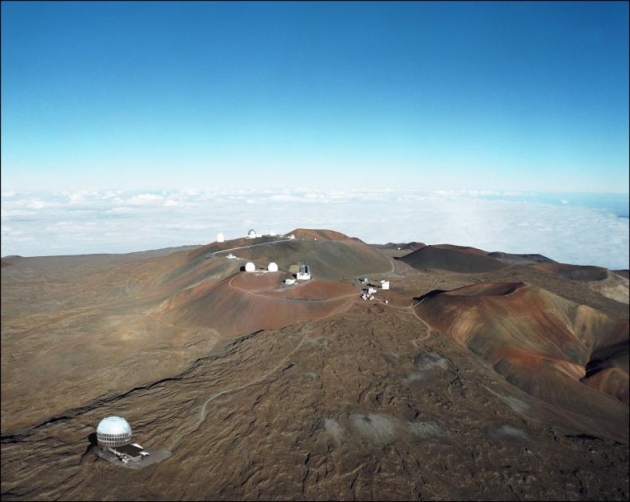 An artist's conception of the Thirty Meter Telescope on Mauna Kea, with existing telescopes in the background.

Visitors to the mountain top will be limited, and be required to receive cultural training. A new cultural council will be created to provide input to the Office of Mauna Kea Management.

“We will work with the framework he has put forth,” said Henry Yang, chair of the TMT International Observatory board, in a statement. “We know we have a lot of work ahead of us. We appreciate that there are still people who are opposed to the project, and we will continue to respectfully listen and work with them to seek solutions.“

Ige said his office would work with the university to develop a timeline for the various actions. “To my point of view this is a very important step forward, and will hopefully solve the Gordian knot that we are in,” says Hasinger.

TMT construction ignited a firestorm of protest among Native Hawaiians and also by many astronomers who pushed to redress what they see as decades of scientists essentially colonizing a sacred space.

The $1.5-billion TMT project chose Mauna Kea over a mountain top in Chile, and had gone through a seven-year permissions process. Partners include the University of California, the California Institute of Technology, and the governments of China, Japan, India and Canada. Legal challenges are still wending their way through Hawaiian courts.

Two competing telescopes are both under construction in Chile.