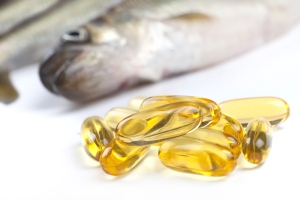 If you've been following the media trail on fish oil lately, you've probably been tempted to forgo the smelly capsules. A systematic review of 20 studies published last week in JAMA, The Journal of the American Medical Association, reported that neither eating extra helpings of fish nor taking fish oil supplements reduces the risk of stroke, heart attack or death. In June a review of studies published on behalf of the Cochrane Collaboration, an independent, not-for-profit organization that promotes evidence-based decision-making, concluded that fish oil pills fail to prevent or treat cognitive decline. And a 2011 meta-analysis by Yale University researchers debunked the idea that omega-3s alleviate depression. These proclamations run counter to what we have been told about fish and fish oil for decades. So why is the consensus changing? Is it time for us to toss out our pills for good?

Not necessarily. Although it's true that early research on fish oil seemed far more promising—one 1999 trial, for instance, reported that people who took omega-3 pills were 10 percent less likely to have a heart attack, stroke or die from cardiac disease than people who did not—some researchers think that recent negative findings reveal more about us than they do about fish oil. Omega-3 pills may be beneficial for certain people but not for others, they say, and existing studies may not account for individual differences.

There's no question that polyunsaturated omega-3 fatty acids—the technical name for the good fats found in fish and fish oil—are important parts of a healthy diet. Our bodies can't make them, yet we need them to survive, as they form part of our cell membranes. Although the mechanism by which they might prevent heart disease, cognitive decline and depression isn't well understood, research suggests that they reduce blood pressure and inflammation and that they increase brain blood flow and give neurons structural strength.

And no one questions the World Health Organization's recommendation (pdf) that pregnant and nursing women should consume at least 300 milligrams of omega-3s daily to boost fetal brain development. "That [benefit] has been clearly demonstrated in trials," says Dariush Mozaffarian, a cardiologist and epidemiologist at Harvard University, who studies fish oil.

But for other adults, the health benefits of supplementing have become much harder to gauge. That's in part because many of us get lots of these good fats from our diet anyway: According to the United Nations Food and Agriculture Organization, per capita fish consumption has doubled since 1961, and "more consumption doesn't really add much bang for your buck," Mozaffarian says. In other words, adding more omega-3s to an already omega-3–rich diet does not do much good, a fact that could help explain why recent studies have been more equivocal than studies from several decades ago, when fish was less popular. "We have no evidence from populations whose dietary intake of omega-3 fatty acids may be low and who may therefore benefit from supplementation," says Alan Dangour, head of the nutrition group at the London School of Hygiene and Tropical Medicine and co-author of the recent Cochrane review. In addition, preliminary research suggests that certain ethnic groups—such as Japanese and Italians—may benefit more from omega-3 supplements than others, perhaps in part because of how well their bodies absorb the fats.

Another potential problem is that most of the research on fish oil and heart health—including all of the trials included in the recent JAMA analysis—have involved subjects who already have heart disease or established risk factors. Whereas this isn't necessarily a problem in itself, it means that very little research has addressed whether fish oil supplements benefit healthy people. "The jury is still out on whether omega-3 supplements can prevent a first cardiovascular event in people at usual risk," says JoAnn Manson, an epidemiologist at Brigham and Women's Hospital in Boston who is conducting a trial to answer this question, which she estimates will be finished in 2016.

Moreover, because so many trials have involved subjects with heart problems, subjects in recent years have been "taking multiple medications, such as aspirin and statins, which can obscure the effects of supplements," Manson says. (Half of the studies included in the JAMA analysis were conducted after statins became commonplace.) This fact could also help explain the outcome discrepancies between recent trials and older ones carried out during the pre-statin era. Indeed, a February 2012 analysis of a large European clinical trial reported that fish oil supplements do not prevent second heart attacks among people taking statins, but that it cuts risk by half among people who don't take the medications. (Because there were so few non-statin users enrolled in the trial, this finding did not quite reach statistical significance.)

People who enroll in and complete omega-3 trials may differ from typical Americans in important ways, too. "Members of the public who volunteer to join randomized controlled studies are frequently healthier and more active than the average for the population," Dangour says, which could affect outcomes in unknown ways. In addition, he adds, people who drop out of trials are often the sickest, and they might be the ones who would most benefit from supplementation.

There's also more than one type of fish oil. Typically, in omega-3 intervention studies, subjects take pills containing a near-equal mixture of two fats, docosahexaenoic acid (DHA) and eicosapentaenoic acid (EPA)—but some research suggests that in certain situations and for certain outcomes, one may be better than the other. For instance, a 2011 meta-analysis concluded that fish oil capsules don't help treat depression, but a group of British and Norwegian researchers challenged these findings, citing evidence that pills containing at least 60 percent EPA do seem to provide mood benefits. Another controversial question is whether the omega-3 dose is important in and of itself or whether the ratio of omega-3 to omega-6 fats one consumes is more important. (Although omega-6 fats are important for survival, Americans tend to consume far more of these fats than they need.)

Finally, whereas the recent JAMA analysis concluded that fish oil has no effect on cardiovascular outcomes, the researchers did find that omega-3s reduced the risk of cardiac death by 10 percent, an effect that was statistically significant (having a "p value" of 0.01). The researchers did not report the finding in their conclusions because they subsequently modified their statistical calculations to account for the fact that they had used the same data set to ask a number of different "exploratory" questions: In this case, does fish oil prevent heart attacks? Strokes? What about sudden cardiac death? The team wanted to tighten their definition of statistical significance to account for the fact that the more questions one asks, the more likely one is to get a positive result by chance. Still, Mozaffarian says, "if you combine all the data and look only at cardiac death, there is a statistically significant benefit. A 10 percent reduction in the number-one cause of death in both men and women in the U.S. is a big deal."

So, should you take fish oil pills or not? Most researchers agree that oily fish such as salmon and mackerel are far better way to get your fill of good fats. Many of the early, promising studies on omega-3s involved fish rather than fish oil pills (in one, men who were advised to eat fish were 29 percent less likely to die in the two years following a heart attack than men who were not), and a 2010 study by Columbia University scientists reported that following a Mediterranean diet—which, among other things, is rich in fatty fish—reduces the risk of Alzheimer's disease by 34 percent. "Not only may people be benefiting from the omega-3 fatty acids in fish, but the fish may be displacing such foods as hamburgers and quiche from the diet, both high in saturated fat," explains Alice Lichtenstein, director of the Cardiovascular Nutrition Laboratory at Tufts University.

If you don't eat fish, then the question of what to do becomes more difficult. Researchers argue that, ultimately, we need more randomized, controlled clinical trials on omega-3 supplements—particularly in healthy people who don't take medications—but these are becoming rare, in part because the supplements will never be big moneymakers. "Generic fish oil is available, so drug companies don't have any strong motivation to fund trials," Mozaffarian says.

But despite the murky science, if you don't get omega-3s from other sources—or if you have heart disease risk factors but aren't taking medications—omega-3 pills may still be a good idea. "There's no harm in taking a fish oil supplement, and there could be benefits," Mozaffarian says. "The bottom line is that getting some [omega-3] is better than getting none."