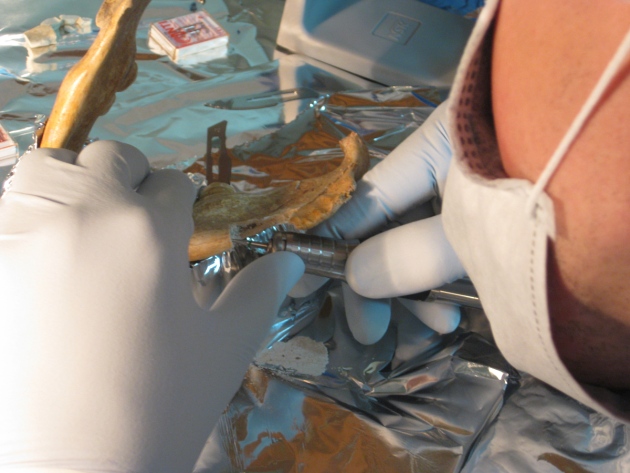 Over the past two years, breakthroughs in ancient genomics and archaeology have revolutionized the story of the first humans in Europe — who are thought to have appeared some 45,000 years ago — and their relationship with the Neanderthals, who vanished from the region some 5,000 years afterwards.

The latest study, published1 today and reported by Nature’s news team in May, reveals DNA sequences from one of Europe’s earliest Homo sapiens skeletons, known as Oase man (he was discovered in a Romanian cave called Peștera cu Oase).

Here, Nature sifts through recent research to explain what we have learned about the first humans to reach Europe — and what scientists still desperately want to know.

The first humans in Europe interbred with Neanderthals

Humans and Neanderthals had sex and produced viable offspring — but most evidence places these encounters in the Middle East, just after early humans exited Africa some 50,000–60,000 years ago2.

The latest paper1 — which analyses DNA gleaned from a 40,000 year old jawbone — makes clear that humans and Neanderthals also interbred in Europe, and much more recently than they did in the Middle East. The jawbone belonged to a man who had a Neanderthal ancestor in the last 4–6 generations, perhaps a Neanderthal great-great-grandparent, concludes a team led by population geneticist David Reich at Harvard Medical School in Boston, Massachusetts. 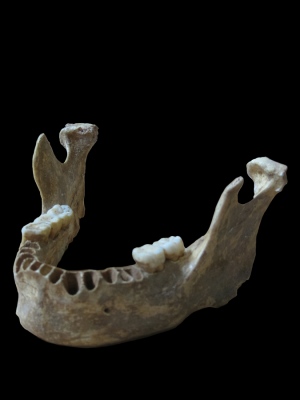 The owner of this 40,000-year-old jawbone may have had a Neanderthal great-great grandfather.

Tom Higham, an archaeologist at the University of Oxford, UK, predicted such individuals would exist after his team documented long periods of overlap between the two species in parts of Europe, but he is still floored by the finding. “It’s really jaw-dropping stuff,” says Higham. He wonders whether DNA from other early humans from Europe will also show signs of encounters with Neanderthals.

They may have no living descendants

Although Oase man was discovered in central Europe, Reich's team found that the Oase population left no distinctive genetic trace in contemporary Europeans. “It paints another level of complexity on this, that there are some modern human groups that didn’t contribute to later human populations,” says Higham.

This could also explain why present-day Europeans have no more Neanderthal DNA than any other humans whose recent ancestors come from outside Africa, says Jean-Jacques Hublin, a palaeoanthropologist at the Max Planck Institute for Evolutionary Anthropology in Leipzig, Germany.

But later waves of humans followed in their footsteps

Oase man’s population may have gone extinct, but others quickly came to Europe after him. For instance, the genome of a man identified from 37,000-year-old remains in a cave in Western Russia, reported4 last November, is clearly more related to present-day Europeans than to Asians, suggesting that his population’s genetic legacy lives on in Europeans today.

“It’s a complex story,” says Hublin. “It’s not a one-way peopling of Europe by modern humans coming out of Africa.” Archaeologists have long hypothesized that Europe was colonized by successive waves of hunter-gatherers, based on clear differences in stone tools and bone and shell ornaments recovered from sites across Europe and the Middle East. “You have an invasion of different groups of hunter-gatherers speaking different languages and carrying different kinds of weapons with them into Europe,” says Ofer Bar-Yosef, an archaeologist at Harvard University in Cambridge, Massachusetts.

The first humans’ route to Europe is still unclear

Some archaeologists propose that humans leaving Africa skirted around the Mediterranean, near present-day Israel, Lebanon and Jordan, and then headed west through present-day Turkey into Europe. Advocates of this 'Levantine corridor' hypothesis note that stone tools and shell ornaments from sites in the Levant are similar to those found in the earliest human sites in Europe. A study published this month5 that dated the human occupation of one Lebanese cave to more than 45,000 years ago — slightly earlier than the European sites — supported the idea that this region served as a launching pad to Europe.

But Higham thinks that a more likely scenario is for humans to have expanded into present-day Russia first, then west. A 45,000-year-old human from western Siberia — whose genome was sequenced by Reich’s team last year2 — could belong to this wave. “I think the jury’s still out,” says Higham.

It is not clear whether humans and Neanderthals shared culture

We know that humans and Neanderthals had sex in Europe — but many scientists are eager to know if the two species swapped ideas, as well. Hublin and others have proposed, for instance, that Neanderthals borrowed stone-tool technology and ritual practices from humans6, explaining the discoveries of ‘symbolic’ artefacts such as shell beads — which do not have obvious practical uses — at some late Neanderthal sites.

Chris Stringer, a palaeoanthropologist at the Natural History Museum in London, even wonders whether genes that Neanderthals acquired through interbreeding with humans contributed to such developments. “With the exciting progress now being made in palaeogenomics, this is something which should be genuinely testable in the next few years,” he says.

No one knows why Neanderthals went extinct soon after humans arrived in Europe. Bar-Yosef, like many scientists, sees humans as an invasive force that occupied Europe’s prime land, pushing Neanderthals into more marginal regions such as the Iberian Peninsula. But researchers have blamed the demise of Neanderthals on climate, disease and even domestic dogs.

“I started out my career trying to figure out why modern humans were ultimately more successful than Neanderthals. That was 40 years ago,” Erik Trinkaus, a paleoanthropologist at Washington University in St. Louis, Missouri, who excavated the Oase remains in 2004–057, told Nature last month. “I think we still don’t really know.”