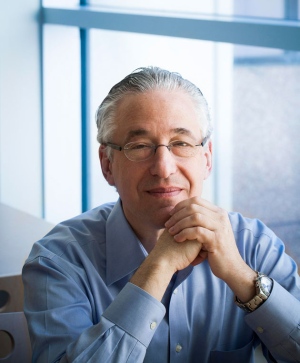 By all rights, Gerald Batist’s patient should have died nine years ago. Her pancreatic cancer failed to flinch in the face of the standard arsenal — surgery, radiation, chemotherapy — and Batist, an oncologist at McGill University in Montreal, Canada, estimated that she had one year to live. With treatment options dwindling, he enrolled her in a clinical trial of a hot new class of drugs called farnesyltransferase inhibitors. Animal tests had suggested that the drugs had the potential to defeat some of the deadliest cancers, and pharmaceutical firms were racing to be the first to bring such compounds to market.

But the drugs flopped in clinical trials. Companies abandoned the inhibitors — one of the biggest heartbreaks in cancer research over the past decade. For Batist’s patient, however, the drugs were anything but disappointing. Her tumours were resolved; now, a decade later, she remains cancer free. And Batist hopes that he may soon find out why.

The US National Cancer Institute (NCI) in Bethesda, Maryland, is recruiting stories, tissue samples and clinical data from up to 200 such ‘exceptional responders’ to learn why these patients benefited from drugs that failed most others. The effort is part of a larger push among cancer researchers to focus on single-subject, or ‘n-of-1’, studies that could offer new insights into the disease. The tactic initially met with resistance, says Charles Sawyers, a cancer researcher at the Memorial Sloan-Kettering Cancer Center in New York and an advocate of the approach. “It’s in vogue to talk about your n-of-1 study now,” he says. “But when I was in medical school this was called an anecdote — and it was a bad word.”

Since then, however, cancer-genome sequencing has forced researchers to reckon with the profound complexity of the disease. No two tumours are alike. Each has a web of mutations — typically numbering well into the thousands — that is as unique as a snowflake. Within these gnarled networks could lurk molecular signatures that reveal ways to target tumours, hidden hints for avoiding drug resistance and markers that could indicate which patients would respond to a given therapy. “This is a real treasure trove of data that has just been ignored,” says James Doroshow, deputy director for clinical and translational research at the NCI.

Early n-of-1 successes have bolstered expectations. When David Solit, a cancer researcher also at Memorial Sloan-Kettering, encountered an exceptional responder in a failed clinical trial of the drug everolimus against bladder cancer, he decided to sequence her tumour. Among the 17,136 mutations his team found, two stood out — mutations in each of these genes had been shown to make cancer growth more dependent on the cellular pathway that everolimus shut down1. A further search revealed one of these genes — called TSC1 — was mutated in about 8% of 109 patients in their sample, a finding that could resurrect the notion of using everolimus to treat bladder cancer, this time in a trial of patients with TSC1 mutations.

Solit and his colleagues have since sequenced the tumour of another cancer patient who responded unusually well to a drug regimen that included DNA-damaging chemotherapy. The patient, they found, had a mutation in a gene, called RAD50, that encodes a DNA-repair protein. “She had the perfect genotype for that drug,” says Solit.

The key to that repeated success may lie in the selection of patients with very strong responses to treatment, says Barry Taylor, a computational biologist at the University of California, San Francisco, and a co-author of the TSC1 study. The NCI is soliciting submissions of exceptional responders from clinical trials in which only 1–10% of the patients responded to treatment. Solit and Taylor say that they, too, are eager to receive community suggestions and samples from more patients to study.

Some researchers want the NCI to establish a public database of exceptional responders — a necessary step to better leverage the data and move beyond single case studies, says Sawyers. This is particularly important because journals are often hesitant to publish results from a single individual, notes Elaine Mardis, co-director of the Genome Institute at Washington University in St Louis, Missouri. Mardis has advocated for establishing an online journal that would permit quick publication of n-of-1 results, as a way to rapidly release information and give researchers incentive to study patients who seem to be outliers.

Meanwhile, Batist is weaning his patient off the farnesyltransferase inhibitor as supplies of the drug dry up. Many researchers attribute the failure of the drugs to the activation of an alternative pathway that obviates the need for farnesyltransferase ; Batist wonders whether his patient’s tumour lacks that bypass pathway. If that proves to be true, the finding could resurrect the vanquished hopes for farnesyltransferase inhibitors. “If you talk to any oncologist, they’ll tell you about an unusual case or two like this,” he says. “It’s time for us to stop just collecting anecdotes and dive deeper.”