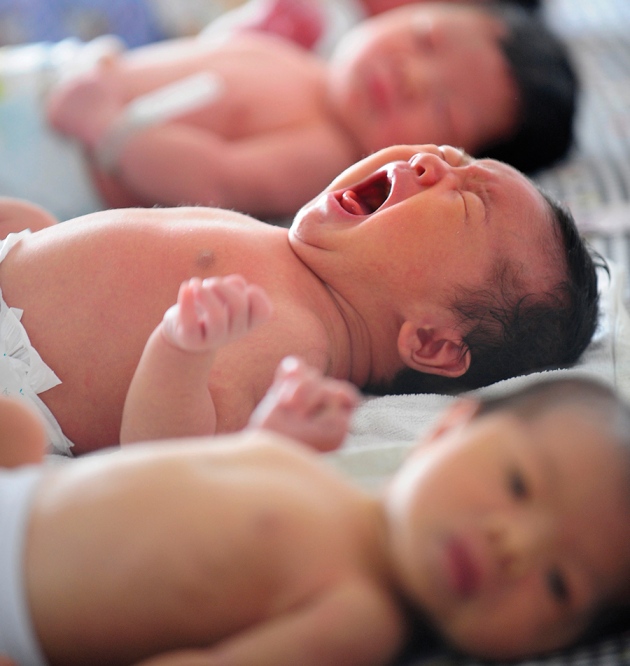 The first and only published papers to describe genome modification in human embryos have come from Chinese laboratories1, 2. For some, this is another signal of China's successful transformation from a closed society focused on farming and the manufacturing of commodities to a world leader in innovation. For others, these studies are the latest in a list of feats reported over the past decade that reflect the country's lax regulation or cultural indifference to fundamental ethical tensions.

In our view, fears that China's scientific ambitions are overwhelming its ability to exercise appropriate caution in the life sciences — particularly in research involving human embryos — are overblown. In fact, China has shown care and restraint with respect to altering the genomes of human eggs, sperm or embryos, and in the use of human embryos in research more broadly.

Major challenges lie ahead, particularly in the commercial application of biotechnology. But as international standards evolve to keep pace with rapid advances in research, China should be encouraged to take its place as a fellow pioneer alongside longer-established research superpowers — both in the laboratory and in regulation.

The first study to report the modification of the genomes of human embryos was rejected by Nature and by Science, reportedly in part because of peer reviewers' ethical apprehensions. And media accounts of both papers in the United States and Europe often depicted the work as the pursuit of progress unchecked by principle (see go.nature.com/1ukutpw and go.nature.com/1tmicqx).

It is not unusual for research led by labs in China to be cast in such a light. In the early 2000s, Chinese investigators transferred3 the nuclei of human skin cells to cultured rabbit egg cells in an attempt to produce humanized stem cells. Like the first gene-editing paper, that study was initially rejected partly because of ethical concerns and received intense media scrutiny when published. More recently, BGI, a private genomics company in Shenzhen, sought to associate particular genetic sequences with intelligence by sequencing the genomes of volunteers with 'high cognitive ability'. The study, which began in 2012, provoked concern about a supposed interest in eugenics in China despite assurances from the institute that the aim was purely to further basic understanding of the genetic basis of high IQ and that, in any case, reproductive applications would not be allowed under existing guidelines.

Studies such as these would rightly provoke discussion wherever they were conducted. But all too often the intimation is that Chinese scientists are free to do anything and are a step away from making designer babies. What is more, commentators, both in China and outside it, often assume that scientists and others in China have little concern about the fate of early human embryos.

Even a cursory review of China's existing regulations, as well as its research and social norms, shows that this picture is fundamentally inaccurate.

National guidelines on embryonic-stem-cell research4 have precluded the implantation of modified human embryos for reproductive purposes since 2003. In China, going against government guidelines can incur financial penalties and loss of employment as well as loss of funding and licences to do research. Thus, although not encoded in law, the ruling that research on human embryos is permitted, but that the transfer of modified embryos to a woman's uterus is not, has been described as a “Rubicon” for China's research and medical communities5. It has not been breached since the 2003 guidelines were written.

Both of the labs that described genome editing in human embryos1, 2 obtained approval for their studies from institutional review boards. They also used non-viable one-cell embryos that had been discarded by in vitro fertilization (IVF) clinics and that were incapable of developing to term. Furthermore, they discontinued their work on discovering that the genome-editing process was unexpectedly inefficient. None of these steps suggests a cavalier approach to research involving human embryos.

There is also little evidence for a nonchalant attitude among Chinese citizens towards the use of human embryos in research. Contrary to common perceptions, families using IVF in China have generally been conservative in their handling of surplus embryos. Even under the one-child policy (a public policy that was lifted only in January this year), 83% of surveyed Chinese families using IVF opted to keep surplus embryos in storage for 0–3 years after the birth of their baby6, with many citing feelings of attachment to the embryos as their reason (see 'To store or not to store'). Around 63% of families similarly surveyed in the United States chose to keep embryos in storage for 0–5 years after having a baby using IVF7.

Getting a handle on China's complex regulatory systems can be daunting for non-Chinese speakers and, when it comes to implementation, sometimes even for the domestic community. Indeed, China would almost certainly earn more international regard if it made more effort to publicize its regulatory framework. Many of the nation's guidelines are buried in hard-to-navigate agency websites, and official English translations are scarce, making informed discussion by foreign scholars difficult. Yet, in relation to the use of human embryos in research, China's approach has arguably been more effective and enabling than the legal patchwork seen in much of the world.

For years, stem-cell researchers in the United States have faced uncertainty over the future of the field and over whether a given cell line would remain usable in federally funded work. That confusion has been compounded by differences between states; currently, the use of embryonic stem cells may be legal in one state but a crime just across the state line. Other countries, including Australia, Brazil and Japan, have similarly struggled to develop embryo-research policies8, leaving scientists in limbo for many years.

The binding force of government guidelines, combined with China's consistent position — prohibiting uses in reproduction but permitting those in research — has given scientists the confidence to pursue studies in a well-defined 'safe space'. Indeed the significant gains that China has made, particularly in relation to gene editing1, 2, 9, are thanks in part to this clarity.

A major question now is whether ministerial guidelines will suffice in China's nascent private biotech sector.

In 2009, 2012 and 2015, the Ministry of Health (MOH) and the China Food and Drug Administration (formerly the SFDA) introduced guidelines for stem-cell therapies. Early attempts to rein in private clinics ran into difficulty, in part due to the diversity of regulatory jurisdictions across regions and cities, and inconsistencies in compliance. Wherever there are ambiguities, enforcement can become challenging. Stem-cell biology is a young science and its clinical application is a therapeutic frontier, and so both regulators and the regulated lack experience. Indeed, the process of ensuring that guidelines are being followed has often become a matter of discretion for individual government agencies — a situation that is ripe for abuse.

The National Health and Family Planning Commission and China Food and Drug Administration this year established a panel of experts to evaluate centres that seek to perform stem-cell-based clinical trials. Guidelines published by these bodies state that any organization wanting to pursue such trials should first undergo this evaluation (see go.nature.com/1tvtjcw; in Chinese).

“China's approach has arguably been more effective and enabling than the legal patchwork seen in much of the world.”

The death in April of a cancer patient who had received an ineffective cell therapy caused an outcry on social media in China, which prompted a government order to hospitals not to outsource medical services. The new evaluation procedures, combined with an increasingly aware public acting as watchdog, should make it harder for providers to market unapproved treatments.

Another concern is that rising demand for reproductive medicine following the relaxation of the one-child policy may expand markets for IVF and other services (see go.nature.com/1uh4rep). Currently, all IVF clinics require a licence in China. But a potentially more profitable private sector in this area warrants close scrutiny. New laws or guidelines may be needed to check the marketing of certain services.

Many countries face the challenge of developing effective policies that both respect the ethical standpoint of diverse publics and enable the exploration and application of biomedical technologies. China should be given an equal voice in the global discussion about how best to achieve this. Encouragingly, more dialogue is starting to happen. In an unprecedented move, the Chinese Academy of Sciences joined the US and UK scientific academies in organizing the first international summit on human gene editing last year.

Establishing appropriate governance for research in the life sciences is hard for everyone given globalization, the pace of technological advances, the complexity of domestic regulatory ecosystems and a growing international movement to make deregulated markets — not government officials or bioethicists — the arbiters of quality and ethicality. We must therefore strive for a better understanding on all sides of the efforts that different countries are making, and of how they can work together to develop a consensus on international governance. Good rules drive good science.

An earlier version of this article incorrectly cited and referred to the 2001 Chinese national guidelines on assisted reproduction. The text and references have been modified accordingly.