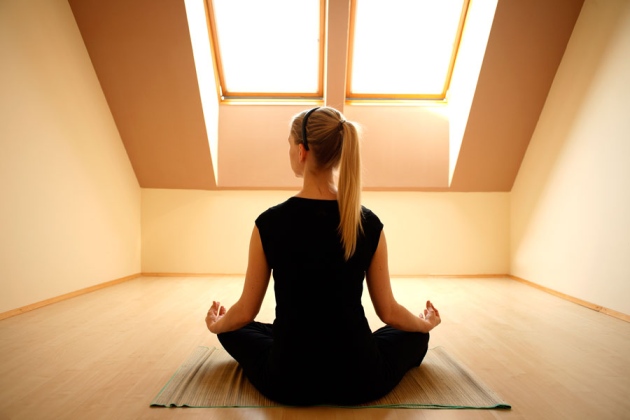 The effectiveness of meditation and other techniques helps explicate links between the immune and nervous systems.

Dutch celebrity daredevil Wim Hof has endured lengthy ice-water baths, hiked to the top of Mount Kilimanjaro in shorts and made his mark in Guinness World Records with his ability to withstand cold. Now he has made a mark on science as well.

Researchers have used Hof’s methods of mental and physical conditioning to train 12 volunteers to fend off inflammation.

The results, published today in the Proceedings of the National Academy of Sciences1, suggest that people can learn to modulate their immune responses — a finding that has raised hopes for patients who have chronic inflammatory disorders such as rheumatoid arthritis and inflammatory bowel disease.

The results are only preliminary, warns study first author Matthijs Kox, who investigates immune responses at Radboud University Medical Center in Nijmegen, the Netherlands. Kox says that people with inflammatory disorders sometimes hear about his experiments and call to ask whether the training would enable them to reduce their medication. “We simply do not yet know that,” he says.

Still, the work stands out as an illustration of the interactions between the nervous system and the immune system, says Giuseppe Matarese, an immunologist at the University of Salerno in Italy, who was not involved with the study. “This study is a nice way to show that link,” he says. “Orthodox neurobiologists and orthodox immunologists have been sceptical.” They think the study of the interactions between the nervous and immune systems is a “field in the shadows,” he says.

In 2010, as a graduate student, Kox was exploring how the nervous system influences immune responses. That's when he first learned that Hof had said that he could regulate not only his own body temperature, but also his immune system. “We thought, ‘Alright, let’s give him a chance’,” says Kox. “But we thought it would be a negative result.”

Kox, and his adviser, physician and study co-author Peter Pickkers, also at Radboud University Medical Center, invited Hof to their lab to investigate how he would react to their standard inflammation test. It involves exposure to a bacterial toxin, made by Escherichia coli, to induce temporary fever, headache and shivering.

To Kox’s surprise, Hof’s response to the toxin was milder than that of most people — he had less severe flu-like symptoms, for example, and lower levels of inflammatory proteins in his blood2.

Next came the latest study, which included 24 volunteers. Half of them travelled to Poland to undergo Hof’s training programme, which included swimming in frigid water and lying bare-chested in the snow, as well as breathing and meditation exercises. The recruits returned to the Netherlands and underwent the inflammation test, performing their breathing exercises as they received their toxin injections. The other 12 volunteers underwent the test without any training.

On average, recruits who underwent training by Hof reported fewer flu-like symptoms than those who did not. Trained recruits also produced lower amounts of several proteins associated with inflammation, and higher levels of an inflammation-fighting protein called interleukin-10.

Kox suspects that the breathing techniques were the biggest contributor to suppressing inflammatory responses. Thirty minutes after starting the breathing exercises — but before the toxin had been injected — trained participants began to produce more adrenaline, a hormone involved in stress and immune responses.

Kox and Pickkers now hope to isolate the effects of the breathing exercises and conduct the experiment with more volunteers. They also warn that their research looks only at short-term inflammation. How the results apply to chronic conditions is still unclear.

But the current study should help explicate the link between the nervous system and immune responses, says Kevin Tracey, a physician and the president of the Feinstein Institute for Medical Research in Manhassett, New York. “You can’t understand immunity without understanding its neural regulation,” he says. “And they have found one such regulatory circuit that can be modulated.”