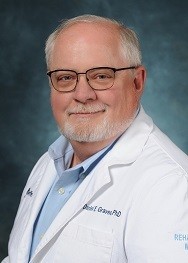 Marcel Dijkers studied sociology at the Catholic University of Nijmegen, the Netherlands, and at Wayne State University (WSU) in Detroit, obtaining the Ph.D. in 1978. He was director of Research at the Rehabilitation Institute of Michigan from 1981 to 1999, while holding the rank of Assistant, later Associate, Professor of Physical Medicine and Rehabilitation (PM&R) at WSU. He joined the faculty of the Icahn School of Medicine at Mount Sinai in New York City, Department of Rehabilitation Medicine, in 1999, and became Research Professor. He rejoined the WSU faculty in 2015 as Professor of PM&R. Dr. Dijkers’ rehabilitation research interests have been very broad, as evidenced by his more than 160 published papers and chapters, and over 250 conference presentations. Two areas of focus have been research methodology and spinal cord injury (SCI). He has researched the social and functional consequences of SCI, the delivery of health services for individuals with these conditions, as well as the determinants of community integration, quality of life and other outcomes. Research methodology interests have been the measurement of functioning and quality of life, treatment integrity in rehabilitation research, the classification and quantification of rehabilitative treatments, and systematic reviewing/meta-analysis for evidence-based practice. Dr. Dijkers has been the president of the American Congress of Rehabilitation Medicine, the world’s premier rehabilitation research organization, and is an editor and active peer reviewer for a number of rehabilitation journals.

Jörg Krebs is the Head of the Clinical Trial Unit at the Swiss Paraplegic Centre in Nottwil, Switzerland. He has been involved in clinical research on spinal cord injury / disease topics, mainly neuro-urology and spine surgery, for over 10 years. Before moving into clinical research, he was active in experimental research with a focus on orthopedic and spine surgery for a decade. He has published extensively in peer-reviewed journals. 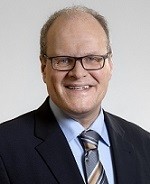