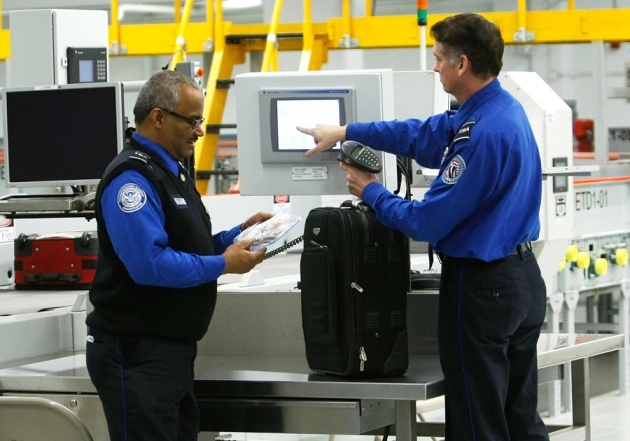 An imaging technique used in medicine could help detect hidden nuclear material, according to the results of a computer simulation reported this week in the Journal of Applied Physics1. The work suggests a way to improve efforts to stem illegal transport of such items.

“The basic idea here is to use currently available technologies, spectral X-ray detectors, to get more use out of the information that is available,” says co-author Andrew Gilbert, a nuclear engineer at the University of Texas in Austin who conducted the research at Pacific Northwest National Laboratory (PNNL) in Richland, Washington.

The detectors commonly used at airports return only block images of objects, even those that comprise multiple layers of different materials. Such scanners only count the number of X-ray photons passing through the material, and do not register the changes in energy of the X-rays. Hence, an X-ray of a suitcase containing plutonium, lead and iron would return an image based on an average density that would not discriminate between the three materials.

In contrast, spectral radiography relies on the detection of photons at multiple energy levels once they have travelled through a material. The spectral radiograph produced in Gilbert’s simulations would show different materials and highlight those with energy ranges specific to potentially hazardous objects.

Gilbert and his colleagues modelled a layered system of plutonium, steel and cotton, on the basis of some of the materials’ chemical and physical parameters, such as density. Then they simulated an X-ray passing through to produce a spectral radiograph of the layered materials. Using a form of Beer’s Law, an equation that describes the interaction of an X-ray beam with an object of known composition, they were able to both identify the materials and estimate their thicknesses. The next step, the researchers say, will be to test the technique in the real world.

If the results are borne out, they suggest a “quantum jump in the information that you can get out of X-ray radiography,” says Klaus Mayer, a chemist at the European Commission’s Joint Research Centre in Karlsruhe, Germany.

Although the desire for such detailed data isn’t new, having the technology to actually capture it is, says Robert Runkle, a nuclear physicist at PNNL, who was not involved in the work. The physics principles demonstrated in the paper, he says, “actually support building the system.”